Millennial Money: What social media says about your lifestyle and creditworthiness
Aime Williams 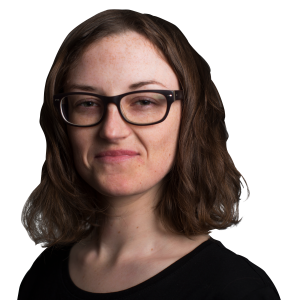 Students about to head off to university have more to worry about than the prospect of loading themselves with debt. It is also the time of your life when your finances come under surveillance.

Credit scoring companies will be watching your every move from the age of 18 onwards, and years down the line, they will be the ones telling your bank whether to let you have that mortgage or not.

There are three major credit scorers in the UK — but it is likely that most millennials are blissfully unaware of them. They were not something that concerned me until, in my early twenties, I tried to switch from using a pay-as-you-go mobile contract to a fully fledged grown-up pay-monthly smartphone — only to be told I could not.

The computer, apparently, had said no. No further explanation was available. It seemed ridiculous — all right, I had a few unpaid university library fines but I’d always paid my rent on time (sort of) and I’d never even had a credit card.

So I just gave up. It seemed boring — and it was only when a colleague was turned down for a mortgage thanks to a years-old unpaid water bill that I realised my credit score really did matter. I was struck by the opacity. Who are these credit scoring companies? How do they have so much power? And what exactly do they do anyway?

The idea that there were people out there watching my every move and making what seemed quite a moral judgment about my financial trustworthiness was grim. But it is important to note that with a bit of time and effort, you can basically game the system.

In this age of unlimited data you might expect a credit check firm to be stalking you quite comprehensively. Millennials put an enormous amount of information out there and a whole host of apps will merrily download photos from your phone and demand access to your entire email inbox. Seeing a targeted ad in your news feed is often quite spooky. But while our social media posts can be a guide to our spending preferences, are they a reliable gauge of our creditworthiness?

Credit scoring companies in the US and China are already experimenting with data from social media profiles. Counting how many times someone says “wasted” in their Facebook status can help to predict whether they will repay their debts on time, according to a trial by US credit analyst FICO.

And in China, who you are friends with can also boost your credit score. Peer-to-peer lender Jubao revealed last week that it was more likely to give borrowers the thumbs up if they were Facebook friends with celebrities. “You must be to some extent trustworthy . . . since otherwise you wouldn’t have such friends,” the company’s co-founder explained.

The good news is that UK credit agencies are not there yet — although it probably won’t be long. Hello Soda, a Manchester-based start-up, is one company that gathers information about potential borrowers from social media. But while lenders might be keen to buy this data, a study by credit agency Equifax last year showed that most consumers were horrified by the idea of granting such access.

So why do credit scoring companies want to befriend millennials in this way? Their problem is that the pool of data they draw from when assessing credit risk is still quite small. They mostly want to see your record when it comes to managing credit — but this means looking exclusively at utility bills and any credit cards you might have.

Rent isn’t included because, unlike mortgage repayments to a bank, it is tricky for the agencies to track payments to or between individuals. With at least one agency, I’m facing a problem common to a lot of people under 30, which is that my credit file is “too thin”. This just means that the credit scorers don’t have enough data points to produce a credit score confidently.

There are some things you can do to get around this problem, and it is best to start early — when you move into student halls or shared housing. If it is possible to get your name on to utilities bills, do so — but obviously make sure you pay them on time.

Whatever you do though, if you share a house or a flat with someone, don’t set up a joint bank account to deal with the bills. Behind the scenes, in the weird and wonderful world of credit scoring, this binds you to your housemates for years, and means you could affect each other’s credit scores long after your friendship has ceased. It’s one thing to move out because Mickey keeps peeing in the shower — but imagine the bitterness you’d feel if you couldn’t get a mortgage because Mickey hadn’t paid his Barclaycard bill.

Cancel bills when you move house — utilities companies are the bane of renters’ lives. Most people I know have spent many hours trying to persuade various gas and water companies that they shouldn’t be liable for the previous tenants’ bills.

I discovered with annoyance that one of the black marks on my own credit file was the fact that I’d never had a credit card. So, surely this proves that I’m a prudent individual worth lending to? Apparently it doesn’t work like that. The first thing to know is that you start on zero. The premise is that you’re unreliable and it’s up to you to prove otherwise. Actually, Equifax told me, credit agencies want to see that you’ve managed your credit well in the past. It’s one of the horrible traps of the scoring system — you have to get a credit card to prove you are worthy of holding a credit card.

If students can trust themselves not to go on a spending spree, getting a card now will do wonders for your future score. But another infuriating fact is that those of us with a poor credit rating will have to pay more for credit. So make sure you pay it off in full every month to avoid high interest charges.

There’s also another very easy and cheap way to improve your score — make sure you are registered to vote. This will help credit agencies verify that you live where you say you do.

Check your score occasionally and correct any mistakes — and remember that mistakes can happen. I’ve long had an unused overdraft facility which should work in my credit score’s favour, but it still isn’t showing up on my report. And if you have an erroneous utility bill, credit scoring firms can contact companies on your behalf — but only if you subscribe to their service.

And that is the other annoying thing — the big agencies charge for credit reports. You can reduce the cost if you remember to cancel the monthly subscription that most push you into once you’ve downloaded the report. But there are also a host of free services appearing — like ClearScore — which have taken up the mantle of teaching millennials about their credit score in the hope that they will use their website to obtain new credit.