Sign up to myFT Daily Digest to be the first to know about Recep Tayyip Erdogan news.

Calls for the extradition from the US of Fethullah Gulen are likely to intensify after Turkey’s President Recep Tayyip Erdogan accused the reclusive preacher of masterminding the attempted coup that rocked the country on Friday night.

Anadolu, the Turkish news agency, said that Turkish prosecutors were preparing to submit a formal extradition request for the 75-year old Mr Gulen, to the US justice department.

Few outside Turkey are likely to have heard of Mr Gulen, who lives in self-imposed exile after falling out with the Turkish president.

In contrast with the chaos in Istanbul and Ankara, an eerie peace surrounded Mr Gulen’s compound in the outskirts of the rural Pennsylvania town of Saylorsburg on Friday night.

The Financial Times tried to enter the Golden Generation Worship & Retreat Centre but was blocked by a security guard, who said Mr Gulen was not meeting the press for the time being.

A spokesperson told the FT: “Mr Gulen’s health is very fragile and I don’t believe there is any chance of him meeting with a reporter.”

In an emailed statement, the cleric denied the accusation that he had orchestrated the plot: “As someone who suffered under multiple military coups during the past five decades, it is especially insulting to be accused of having any link to such an attempt.”

Nestled in the Pocono Mountains, the brightly-lit double-gated brick entrance of Mr Gulen’s spiritual and operational headquarters stood in contrast with the quaint and modest homes on the sleepy road where his centre is based.

Apart from a sport utility vehicle and a pick-up truck, which entered the lightly guarded compound around 10.40pm local time, there seemed to be little traffic in the surroundings of the compound.

Mr Gulen was once an ally of Mr Erdogan and helped the Turkish leader consolidate power in the early years of his rule. The charismatic preacher — known to his admirers as hocaefendi, or respected teacher — began his career as an imam in the city of Izmir in the 1960s.

He advocates an interpretation of Islam that he says stresses religious coexistence; his detractors accuse him of seeking power by installing and recruiting followers throughout Turkey’s institutions. 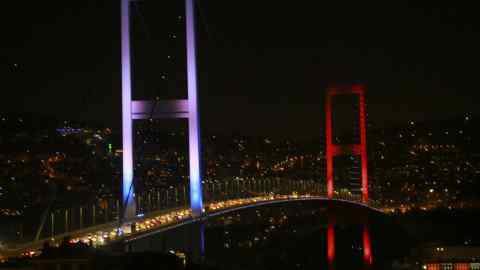 Mr Gulen’s movement has long stressed the importance of education. While many supporters of Mr Erdogan’s Islamist-rooted AKP party are typically business people, Gulenists are often more comfortable working within the state bureaucracy.

As such Mr Gulen’s supporters provided invaluable help to the AKP in its early years in office, with many Gulenists active in the police, prosecution service and judiciary — legal professions that anti-Islamist secularists had dominated in the past.

The Gulenists also championed high-profile political trials known as Ergenekon and Sledgehammer that targeted common enemies of both Mr Gulen and Mr Erdogan, particularly in the military as well as other parts of the old secularist order.

Hundreds of people were arrested and detained, including journalists who wrote books detailing Mr Gulen’s alleged influence over parts of the Turkish state.

In addition, Mr Gulen’s supporters operate a vast network of schools both in Turkey and internationally. They also lead one of Turkey’s biggest business organisations, Tuskon, and once published Zaman, the country’s biggest circulation paper before it was seized by the state in March.

Mr Gulen has lived in the US since 1999, when he left Turkey under threat of prosecution during a clampdown on Islamists. In late 2013 the two men fell out after Mr Gulen challenged Mr Erdogan’s tightening grip on power.

Law enforcement and judicial officials thought to be loyal to Mr Gulen went on an anti-corruption drive against people close to Mr Erdogan, targeting one of his sons as well as several ministers. But in early 2014 Mr Erdogan struck back, purging thousands of police officials, prosecutors and judges suspected to be linked to Mr Gulen. 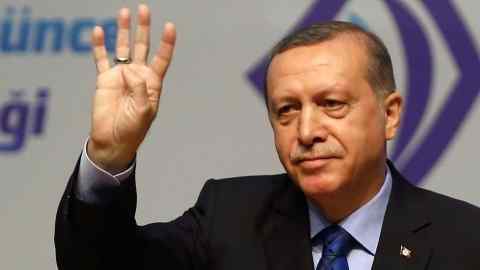 Both the Sledgehammer and the Ergenekon cases effectively collapsed.

Zeynep Jane Kandur, a member of the AKP board for Istanbul, said: “The coup is not about [the plotters] protecting democracy, it is about a fifth column within the military trying to take control.”

She added: “There have been efforts recently to clean out the Gulen supporters from inside the military and this is the reaction. It is a sign of their desperation. They have worked to create a parallel state.

“We worked together for a long time but then we divided and went our separate ways. The AKP wanted to increase democracy and use it to protect everyone’s rights — the Gulenists just wanted to take power and hold on to it.”

Alliance for Shared Values on Developments in Turkey — a group affiliated with the Hizmet movement inspired by Mr Gulen — issued a statement on Friday denouncing Mr Erdogan’s accusations as “highly irresponsible”.