Landmark decision has raised the stakes for distributing investment material

Legal experts have warned that a recent US Supreme Court decision aimed at protecting investors from crooked financial advisers may have unintended consequences which muddy the waters on what constitutes investment fraud.

The court’s March decision Lorenzo v SEC effectively expanded liability for financial advisers and their staff, ruling that a person who knowingly distributes false statements — even if they did not actually make the statement in the first place — can now be liable for aiding and abetting a fraud.

The case involved Francis Lorenzo, an employee at a broker-dealer in Staten Island, New York. Mr Lorenzo was promoting a debenture offering in Waste2Energy Holdings Inc — a now-bankrupt company which was claiming it had technology that converted waste into clean energy.

Mr Lorenzo emailed prospective investors claiming that the company had $10m in intellectual property assets. In fact, its assets were worth less than $400,000.

Mr Lorenzo admitted later in court that the intellectual property was a “dead asset” because the tech “didn’t really work”. Nonetheless, Mr Lorenzo said he had sent the emails at the direction of his boss, who had supplied the content and “approved” the messages.

Under a 2011 Supreme Court decision — Janus Capital v First Derivative Traders — only Mr Lorenzo’s boss would be liable as the “maker” of the false statement.

The new court ruling now makes those who hit send on an email, or disseminate a false statement in other ways, liable for aiding and abetting.

“If anyone posts or emails a marketing message or piece of research at the behest of their supervisor, and that person knows the communication to be false, they are also liable,” says Jonathan Brennan, a wealth management litigator.

Mr Brennan thinks financial regulators will use the broader powers to pursue so-called “pump and dump” promoters, who make false statements to inflate the price of the latest stock in their book.

However, some lawyers worry the decision has created an unclear and unlevel playing field for advisers to traverse.

“Prior to this decision, the market had a good idea of what constituted a misstatement and who could sue for aiding and abetting.”

That is not the only risk created for investment advisers by the judgment. Another Supreme Court case from 1994 — Central Bank of Denver v First Interstate Bank of Denver — had held that private plaintiffs could not sue someone for aiding and abetting under the Securities Exchange Act of 1934.

The effect of the Lorenzo case also seems to close the door on this 25-year-old prohibition.

Now, any person who knowingly disseminates a misstatement is not just primarily liable with the SEC, but also to private plaintiffs who can initiate civil lawsuits against these collateral actors.

“In Lorenzo, the court doesn’t give guidance as to what constitutes actionable dissemination,” says Mr David. He warns that the investment advisory market “could be looking at several years of lower courts trying to work out diverging views on what constitutes dissemination under Lorenzo”.

Aaron Lipson, an Atlanta-based partner at law firm King & Spalding, thinks that the ruling essentially creates a bigger hammer for the securities regulator to go after bad actors. That could help the SEC better protect investors.

Mr Lipson, who was an SEC lawyer for 14 years before entering private practice, says that typically the regulator does not just bring a single charge or violation when it pursues a defendant.

Instead, it brings multiple charges relating to the same conduct. The Lorenzo decision supports a more aggressive SEC, he says.

“When it comes to sanctions, the remedies the SEC has available in its arsenal usually tie back to the number and type of violations,” says Mr Lipson.

“Since Lorenzo casts the net more widely to potentially capture more bad actors in the same company, larger sanctions are possible. And larger sanctions mean more deterrence. These sanctions could help the SEC impose more or stronger remedies than they might otherwise have obtained.”

Yet the SEC was already able to go after these collateral actors by other means, adds Mr David: “It did not need Lorenzo.”

Mr Brennan is also concerned about a grey area he thinks the decision has created.

“The court didn’t limit what it counts as the dissemination of information, and this could be a challenge for market participants, the SEC and the courts alike,” he says.

Dissemination could encompass all manners and modes of communication — emails, marketing, social media or even a conversation on a TV network like CNN. “Even a retweet of someone else’s comment might constitute disseminating a message,” Mr Brennan warns.

What remains to be seen is how the lower federal courts will deal with defining dissemination in a variety of real-life scenarios, and how advisers respond to the change.

“[Mr] Lorenzo himself didn’t challenge the finding that he acted with intent or that he knew the statements were false,” says Mr Brennan.

He questions how lower courts will apply the precedent when faced with “behaviour that is arguably less bad” by investment advisers.

Ultimately, Mr Brennan thinks the case provides moderately more investor protection, but at the same time brings up potential compliance problems even for good actors in the industry.

“While one could argue that it’s a good thing that private plaintiffs have a new avenue to pursue bad actors, it doesn’t actually help investors to have an unsettled state of investment and securities laws,” says Mr David.

“The market needs clear rules — both for smooth operation and for investor protection.” 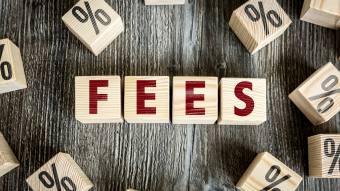