Colnaghi will arrive at Tefaf with a new owner

Colnaghi, one of the oldest galleries in the world, comes to Tefaf Maastricht next week under a new owner and with a renewed emphasis on Modern art. Victoria Golembiovskaya, the founder of an art consultancy called House of the Nobleman, bought a stake in the gallery last year and joins Jorge Coll as joint chief executive. Coll bought the gallery in 2015, originally in partnership with Nicolas Cortés who left the business in 2018 and this year shows at Tefaf under his own steam.

At House of the Nobleman, Golembiovskaya made her mark with pop-up shows that combined art with swanky properties (sometimes also for sale). Of the future for Colnaghi, which was founded in 1760 and is known predominantly as an Old Masters gallery, she says that “People are buying across categories now and we can offer works from antiquity to contemporary.”

Works at Tefaf this week make her case and span from a Roman marble head of a woman from the 2nd century to Jean Dubuffet’s painting “Site aléatoire: lieux habites” of 1982. Prices for all works on their booth range from €50,000 to €5m.

Coll welcomes the addition to the management team, not least because the gallery will soon open a third space (after London and New York) on Madrid’s Paseo de Eduardo Dato, just north of the Prado Museum. “At Colnaghi, the tradition has long been not to keep the ashes but to keep the fire going,” he says.

Representatives of art collectors and estates say their eyes have been opened by last week’s decision by the family of the late Donald Marron to sell his collection through a consortium of three galleries, rather than at auction. “It’s a game changer,” says Philip Hoffman, founder and chief executive of the Fine Art Group. The triumvirate of dealers — Pace, Acquavella Galleries and Gagosian — gave a guarantee price to the family, believed to be around $300m (though the galleries won’t confirm this).

Hoffman says that “If a league of super-dealers can put something like this together then it’s potentially a four-horse rather than a two-horse race [meaning the two major auction houses] for would-be sellers.” Melanie Clore, co-founder of the art advisory firm Clore Wyndham, says that the galleries’ promised, in-depth exhibitions and planned Phaidon Press book “show that the decision was as much about creating a fitting narrative and legacy to the collector as it was about the financial deal.”

Sotheby’s and Christie’s aren’t commenting, but the news must have been a blow for them — and hopefully one they are taking seriously — particularly after the auction houses struggled for supply in 2019.

Sotheby’s has cancelled its April series of sales in Hong Kong, adding to the businesses forced to change tack because of the ongoing spread of the Covid-19 coronavirus. The auctions had been due to take place between April 3 and 8, and spanned categories including wine, watches, South Asian art and Classical Chinese painting.

For more coverage on collecting and the business of buying and selling art, visit here

These sales have been postponed until the week of July 6 in Hong Kong while three auctions for international Modern and contemporary art will now take place in New York on April 16. In an effort to maintain Asian interest, some of the New York sales will be held at more Eastern-friendly times: the “evening” Modern art sale starts at 9.30am in New York. This will include a star lot of “Quatre nus” (1950s) by the Chinese-French artist Sanyu, whose auction record stands at $38.72m.

Restoration work on a painting of David and Goliath has revealed the signature of the in-demand 17th-century female painter Artemisia Gentileschi, whose first major UK exhibition opens at London’s National Gallery in April. The painting sold at Sotheby’s in 1975, when it was attributed to Giovanni Francesco Guerrieri (1589-1655). Then, in 1996, based on a black-and-white photograph from that sale, the specialist Gianni Papi first linked the work instead to Gentileschi. When the painting reappeared at Hampel Fine Art Auctions in Munich in late 2018, it was initially attributed to a “17th-century painter in the school of Caravaggio”, and then, based on Papi’s research, reattributed to Gentileschi and sold for €103,600 with fees (estimate €25,000-€30,000).

Its UK-based owner took the work to the specialist restorer Simon Gillespie who cleaned up its considerable overpainting and found the artist’s signature on David’s sword, a moment Gillespie describes as “amazing”. He adds “This discovery highlights the importance of conservation to support the arguments made by art historians.” The work, which has been dated to about 1639, goes on show at Gillespie’s London studio between April and June, coinciding with the National Gallery show (details will be at simongillespie.com).

The value of sales of Italy’s postwar and contemporary artists fell by 63 per cent at Sotheby’s, Christie’s and Phillips between 2015 and 2019, according to research by ArtTactic. The most dramatic fall was between 2015 and 2016, when auction sales nearly halved, falling from $344.5m to $182.8m. This was followed a few flatter years until 2019, when sales declined another 31 per cent to $126.7m. More than a third of this 2019 figure came from works by Lucio Fontana, the top-selling artist in this category for the fifth year in a row (70 sold lots valued at $43.3m.) Of the dominant 20th century artists, Benedict Tomlinson, director of Robilant + Voena gallery in London, says that “As ever, when there’s a boom for artists who are not alive, several works come out at once and then it’s harder to get good supply.”

London remained the leading marketplace, but its share fell from 68 per cent in 2018 to 56 per cent in 2019, to the benefit of Milan (up from 20 per cent to 28 per cent) and New York (12 per cent to 16 per cent). The report asks: “Whether this is a temporary decline in London’s role as the key market for Italian art, or whether this is part of a more systemic shift away from the dependency on the London art market in light of Brexit.” 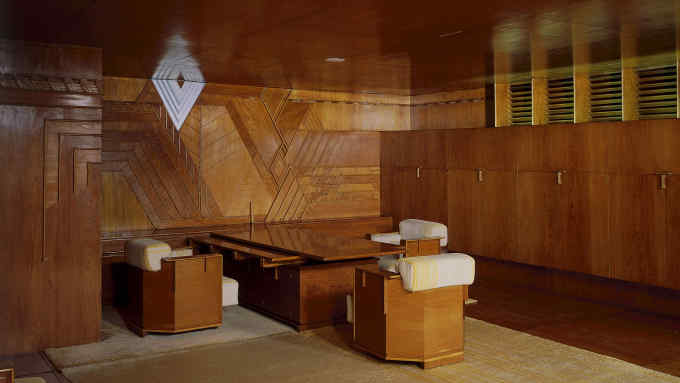