Jochen Wirtz is pleased to describe himself as a best-selling writer. He has co-authored a textbook on services marketing that he not only uses as professor at the National University of Singapore Business School, but which has sold more than 700,000 copies.

However, he was so troubled by the $263 list price set for the last edition released in 2010 that he resolved to find a cheaper way to get the book made.

Last month he released an updated hardback version selling for $118 and a paperback for $50.86, having found a new locally based publisher.

“When students are having to pay over $200 for a book, it impedes learning,” Professor Wirtz says.

He notes that he makes minimal amounts from writing textbooks. Most of his income comes from teaching, so the lower price makes little difference to him. “For me as an author it is more important that the book is being used.”

The rising prices of textbooks appears to be reaching a tipping point, the professor adds. The latest US Census Bureau statistics show that textbook prices increased more than 800 per cent from 1978 to 2014, more than triple the cost of inflation and more than the rate of increase of college tuition.

Concern that prices are now just too high is pushing both academics and business schools to seek alternative methods for getting material into students’ hands.

MBA course organisers at McGill University’s Desautels Faculty of Management have made a policy of replacing “wherever possible” paper textbooks with electronic versions, which only contain the chapters that will be necessary for the students. To facilitate this, all Desautels’ MBA students are issued with an iPad during their orientation.

At Erasmus University’s Rotterdam School of Management, use of books on the masters courses has been replaced with digital case studies and articles are available through the school’s university library, which pays for the copyrights. As a result, students will not have to pay extra for the material.

In 2009, HEC Paris became one of the first higher education institutions to start offering reading material, alongside videos and other online content, through Apple’s iTunes U network.

That year the school also issued about 500 iPads to students to encourage them to experiment with accessing the material. It has since switched to putting the material on its learning management system, which can be used on any tablet device or mobile phone.

Going online has encouraged students to look further afield for information that can support their studies, according to Karine Le Joly, HEC’s director of innovation for executive education.

“It changes the behaviour of learners because they now have access to a wealth of information,” she says. “It then becomes part of our role as educators to incorporate this information into the teaching we provide.”

Although Ms Le Joly believes the technology has enhanced teaching at HEC, she admits demand for the textbooks has not dried up just because the information is available online. “Students still prefer to have the paper version,” she says.

Lillian Cheng, adjunct lecturer at the NUS Business School and a marketing consultant, is preparing a case study on textbook pricing. She likens the academic publishing market to that of prescription pharmaceuticals, where the person prescribing the use of the product does not incur the cost of usage and the person using the product is left bearing the captive prices or not reaping the benefit of the product.

The problem with challenging the status quo in textbook publishing is that students are already learning to pass exams without paying for textbooks, she says.

Kent Monroe, a pricing expert and professor emeritus at the University of Illinois at Urbana-Champaign, claims that academic books have risen above the “acceptable price range” such that most students now find alternative ways to access texts.

“The problem then becomes that the individual student becomes less interested in learning because of the cost,” he says. 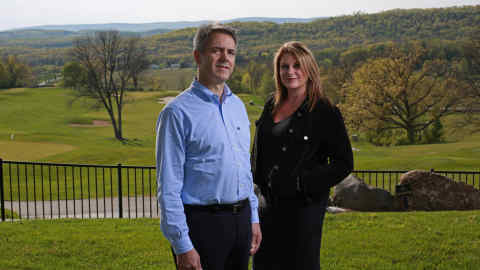 Some unofficial disruption of the textbook market has been going on for years, Prof Monroe notes. “You hear bookstore owners say they know when an exam is coming up because they see students reading the books in the aisles of their shops then putting them back on the shelves.”

In one of Prof Monroe’s MBA courses there has been an international version of a textbook that was significantly cheaper than the official American edition.

As a result, he says, significant numbers of his students buy the international version from online book retailers based overseas and have it shipped to the US. One of his students, from India, bought two editions, sending one home to his father, with whom he would also share his class notes, Prof Monroe recalls.

“His father was effectively taking my course in India. He was not just disrupting the book publisher, he was disrupting me as the tutor.”