The magic of your own mural

Greek gods in your swimming pool; classical figures flanking your fireplace . . . when it comes to murals, your imagination can run wild
Luke Edward Hall 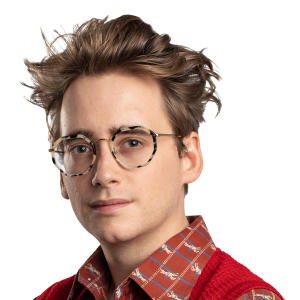 Contemporary murals — are they ever a good idea?

Absolutely! But then you’re asking someone who gets paid to create them. I don’t do many, perhaps three or four per year, but I always jump at the chance when the offer comes along.

I enjoy doing murals for several reasons: first, it’s a challenge for me to work at a completely different kind of scale. (I’m used to painting and drawing in a small way.) Last summer in Portugal, for example, I painted the floor of a pool in the hills near Comporta, at the holiday home of a Belgian interior designer friend. It was a very satisfying job, painting giant Olympic athletes posing on the base of this enormous, gleaming white box, the sun beating down on me while I hopped about barefoot, trying not to step in my work.

Second, it’s gratifying: talking and scheming with a client and dreaming up plans together. I am working at the moment on sketches for another mural, for a family in France, and I’m finding the process thrilling. The couple sent me an outline of everything they’re about — their combined histories, shared stories, pictures of their children, various inspirations. The narrative of the mural, therefore, will take its cues from this document and the family’s past, present and future.

If I switch shoes for a moment and become the client, commissioning a mural sounds like great fun. There is the whole personal story aspect, which I love, but also the fact that painting directly on walls often results in a bit of mischief. My artist friend Fee Greening produced several murals at a medieval longhouse near me in the countryside, and as well as covering big walls, as a surprise for the owners’ children, she painted bugs, birds and rabbits on tops of doors, or looking like they’re about to escape out of windows. It’s all marvellous, playful and magical — a storybook come to life. What a wonderful gift for your child, no?

I am reminded too of a mural I worked on in 2020. I painted a classical scene in a Belgravia hall (all broken architectural fragments and Greek gods), and had to work around a wooden box containing an entryphone. Instead of ignoring it, I painted a column on its door, and above the box on the wall a kind of faun character, sitting. Seen from the right angle, the faun appears to lounge directly on the column. A mural can also intensify a building’s relationship to its location. While preparing to paint the mural in Comporta, we spent a lot of time deliberating the exact shade of electric cobalt blue paint to use, as a nod to the blue-painted buildings you often find in the Alentejo region of Portugal. Potential mural commissioners should consider not only their own story but also the setting: local history, flora and fauna.

Some of my favourite murals can be found at the country retreat of the Bloomsbury group and former home of artists Vanessa Bell and Duncan Grant, Charleston in Sussex. It’s a kaleidoscopic affair, with flowers, dogs and half-clothed figures spread out above fireplaces, on doors, beneath windows. I’m a big fan of Jean Cocteau too: I’ve spoken about my love of the artist’s murals at Villa Santo Sospir in the south of France in the past.

Who cares if you don’t have the “correct” ceiling heights and stucco plasterwork? (How many of us do?) Create your own fantasy!

As well as figurative murals, I’m really into specialist painting. Think trompe-l’oeil panelling and architectural details. Look to the work of Alan Dodd for inspiration: Dodd works as a designer and mural painter, generally in historic and sensitive architectural settings, but also doing new work “in keeping”. His projects have included the Pompeiian ceiling decoration in the New Picture Room at Sir John Soane’s Museum and reclaiming the trompe-l’oeil balustrade decoration on John Vardy’s 1757 staircase at Spencer House. Of course, Dodd is an incredible artist, and this kind of work requires much thought and someone like him, with his wealth of knowledge, to carry out.

However, does one need one’s own architecturally significant building to carry out such grand plans? I’m not so sure. I love the idea of taking an unassuming space and projecting one’s own ideas, however fantastical, on to it. Who cares if you don’t have the “correct” ceiling heights and stucco plasterwork? (How many of us do?) Create your own fantasy!

I also recommend taking a peek at the work of Magda Gordon, a brilliant painter who has recently worked on some murals and specialist painting for us at home in London. I think we have a bit of a problem, actually: we’re addicted, and we keep coming back to Magda for our hits. She last popped in and painted some urns on top of our kitchen cabinets to look like porphyry.

This is the thing about painting — it makes the impossible possible. Greek gods in your swimming pool; half-naked classical figures flanking your fireplace à la Charleston; urns that at first glance you could swear were made of real, rare stone . . . So, I say: murals are cool. Let your imagination run wild.

If you have a question for Luke about design and stylish living, email him at lukeedward.hall@ft.com. Follow him on Instagram @lukeedwardhall