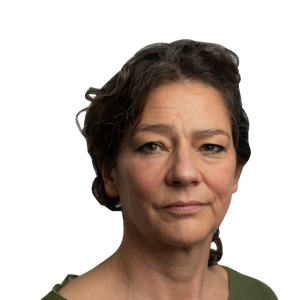 Simon Segars, chief executive of Arm, one of Britain’s biggest technology businesses, is eloquent about the future of devices that talk to each other — the so-called internet of things.

Arm has high hopes to take the lead in this fast-growing market, but it is far from alone. LightwaveRF, one of the UK’s smallest tech companies, has been in the thick of the IoT sector for a decade.

Arm — which was bought by SoftBank of Japan last year for £24bn — has grand ideas to develop software for sensors so that farmers can gauge soil fertility and truck companies can assess accident risk.

LightwaveRF’s (RF stands for radio frequency) outlook is more homely. It makes the devices that transform dumb thermostats into smart ones and enable householders to control lights by flicking an app rather than a switch.

Nonetheless, both Arm and LightwaveRF are part of the shift towards merging the physical and virtual world. The European Commission reckons in a couple of years there will be 6bn IoT connections.

The commission talks of smart homes, smart health, smart transport, smart manufacturing and smart energy, and has calculated the market could be worth €1tn by 2020. The swap of information between devices and the cloud will disrupt everything, it says.

The commission is working out how to create a single market out of the diversity and volume of connected devices while overcoming the challenges — cyber security is one, ensuring an appropriate legal framework is another. Orwellian fears about intrusion and the misuse of data gathered by machines, whether by hackers or by the authorities, are growing.

But, says the commission, one of the biggest obstacles to the IoT fulfilling its potential will be the unwillingness or inability of small businesses to adopt and adapt.

LightwaveRF is unusual in being on the side of revolution. It aims to disrupt rather than be disrupted. Yet it still illustrates the difficulties of innovation for small businesses.

When LightwaveRF joined the Alternative Investment Market as JSJS Designs in 2008 it was valued at £4m. It has raised more than £7m since listing — mostly from rich enthusiasts — but is still worth just £6m. Its sales of plugs, sockets and appliances are improving. Last week the company said revenues in the six months to March had risen nearly 50 per cent to £1.2m. But pre-tax losses were £333,000.

“We were very early to the market,” says Andrew Pearson, LightwaveRF’s chief executive since March. “The [smart home] technology has only taken off recently.”

LightwaveRF has been able to hitch a ride on breakthroughs at some much larger technology companies. The catalyst has been the arrival of Amazon’s and Google’s virtual personal assistants and speaker systems, which allow users to command gadgets around the house through a single piece of equipment.

Last week, LightwaveRF’s shares rose 40 per cent when it announced a partnership with Google Home and Google Assistant. It signed a similar tie-up with Amazon’s Alexa in November. Already 5,000 or so of LightwaveRF’s customers are Alexa groupies.

Voice-controlled locks and radiator valves may seem like gimmicks, but soon “they will be just the way things are”, says Mr Pearson. It is easy to imagine the convenience of telling the lights to dim and the doors to lock as you leave the house.

It is still early days, though. LightwaveRF has just 44,000 British customers out of 15m homes in the UK.

And rivalry from the likes of Hive, developed by British Gas to connect householders to their heating remotely, and Netatmo from France is increasing.

Mr Pearson argues gamely that competition confirms the market’s potential. And British Gas has spent the sort of big bucks on marketing the concept of smart devices to customers that LightwaveRF could never afford.

Deep-pocketed rivals can also spend big on product innovation, safety features and brand recognition that LightwaveRF cannot match. And it will not be long before the likes of British Gas use their clout to push down prices and squeeze out competitors.

The way for LightwaveRF to keep ahead is to sell a better range of smart gadgets in higher volumes, says Mr Pearson. “We need to grow quickly now,” he says. That may mean acquisitions. It almost certainly means more fundraising.

LightwaveRF may be a survivor. Voice-controlled lighting may not be a passing gimmick. But being part of the IoT revolution won’t come cheap. The prerequisite for investing in any business trying to reshape the world — whether it is Arm or LightwaveRF — is having money to burn.

Get alerts on Simon Segars when a new story is published