Alok Sharma likes to think of himself as a “green growth climate warrior” after nearly three years as president-designate, and then full-time president, of COP26.

In a world of high emotion, he won a reputation as a calm and effective influence ahead of last year’s COP summit in Glasgow, and has retained it ever since.

“Sharma was not known as a political heavyweight but he was willing to put in the countless hours, and air miles required to build the understanding and trust necessary to broker ambitious international agreements,” said Tom Burke, founder of the climate think-tank E3G, in the aftermath of the Glasgow event.

This month, Sharma finally concludes his formal role as head of COP by handing over to current president-designate Sameh Shoukry, Egypt’s foreign minister, who will become president until the next event in Dubai in November 2023.

How Sharma will use his skills once the COP27 summit concludes this month remains to be seen, but he insisted ahead of the event that managing climate change will be at the heart of his next career move.

His future destiny in UK politics is unclear. A fortnight ago, incoming UK prime minister Rishi Sunak dropped Sharma from cabinet but retained him as the UK’s representative and negotiator at Sharm el-Sheikh.

Sharma’s unexpected appointment as president-designate of COP26 is well known. It followed the abrupt sacking of his predecessor Claire O’Neill, the original choice of the UK’s then-prime minister Boris Johnson, in January 2020. Sharma took over, while still in his role as UK business secretary, before concentrating full-time on organising last November’s delayed world summit, and keeping a seat in cabinet, from January 2021.

He readily admits there was no shortage of scepticism about his appointment. “A lot of people said, ‘Alok Who?’,” Sharma says. “I arrived in my role knowing about COPs but not really understanding the process.”

However, the challenges of tackling climate change and environmental damage were not totally alien to him. He cites his wife, daughters and former US vice-president Al Gore as contributors to his “gradual awakening”.

Born in India, the Conservative MP for Reading West has spent most of his childhood and working life in the UK.

But spells spent abroad in Germany and Sweden, during an early career in financial services, made Sharma aware there might be less environmentally harmful ways to live. When he moved back to the UK in the late 1990s with his Swedish wife, she was horrified that “we literally chucked everything in one black bin bag”.

“It was the only time in my life that I watched a film from start to finish on a plane and then literally turned it back on and watched it again,” he says. “I wouldn’t say it was a eureka moment — but it was one of those times when you think about the future.”

Fatherhood also helped focus his attention. “When you have kids, you obviously think a lot more about this.” His youngest daughter, Charlotta, was already something of an environmentalist when he took on the COP presidency.

Sharma’s appointment “is the only time my children have been vaguely excited about my job,” he says. Charlotta sent her dad a congratulatory text before asking: “What are you going to do?” His daughter, a vegan, also persuaded Sharma to give up meat as his first step to cutting his own emissions.

Sharma is quick to insist that such a move “isn’t for everyone”. What can benefit everyone, though, is “green growth,” he argues. The business and finance communities “absolutely grasp” the climate change challenge, he says. “Net zero and green growth are in their bloodstream.”

Government leaders, “even in G20 countries”, have “moved very positively on climate change because business leaders are telling them to”, he argues.

The Glasgow accord that emerged from the delayed COP26 in the shadow of the Covid pandemic was not viewed as a universal success. Sharma himself choked up after conceding ground to India and China, by watering down a proposed wording from a “phase out” to a “phase down” of coal use, saying he was “deeply sorry” for how the event had concluded.

Nevertheless, the FT pointed to some progress in an editorial, concluding COP26 had “achieved more than expected but less than hoped”.

Sharma is passionate about the need to continue pressing for “system change” across the world’s leading financial institutions. The mandates of the World Bank and the IMF contain “lots of great stuff”, but they were set up decades ago and they contain no mention of climate change, he says.

Alongside the COP process, he wants to see “a Bretton Woods II spirit” — akin to the 1944 international currencies agreement — to “embed the objectives of Paris in the mandates of every part of the global [financial] system”.

Multilateral development banks, private banks, central banks and credit rating agencies must all “recognise the systemic risk of climate change and that the cost of inaction is absolutely enormous relative to tackling this issue now and seeing growth and jobs being created”, he says.

Despite months of cabinet turmoil under departed prime ministers Boris Johnson and Liz Truss, until last month he remained a cabinet minister of state. It is a period in which the strength of the government’s own commitment to cutting the UK’s carbon emissions was called into question.

In September, he contradicted Liz Truss by backing the attendance of King Charles at the COP27 summit despite the objections of the recently-installed prime minister. Her attempts to reverse a UK ban on fracking was abandoned by Sunak when he took over from Truss.

Now outside cabinet, Sharma’s immediate focus is the climate summit where, while no longer acting as COP president, he will negotiate on behalf of the UK. “We will negotiate as a sovereign nation in a constructive way and help to build consensus,” he says. “This is Egypt’s COP, but if we are asked to support them, we will.”

As the outgoing president of COP26, Sharma will not be drawn on what his future holds after this month’s summit.

If circumstances allow — and as advised by former US president Barack Obama — he would at least like to rest and take a holiday with his wife.

Beyond that, his future in domestic politics and as a figure in global leadership on climate change remains unclear — and perhaps not entirely under his control. But, whatever he does next, it will involve “furthering climate action and green growth”, insists Sharma. “This is not something I can let go of. I am fully invested.” 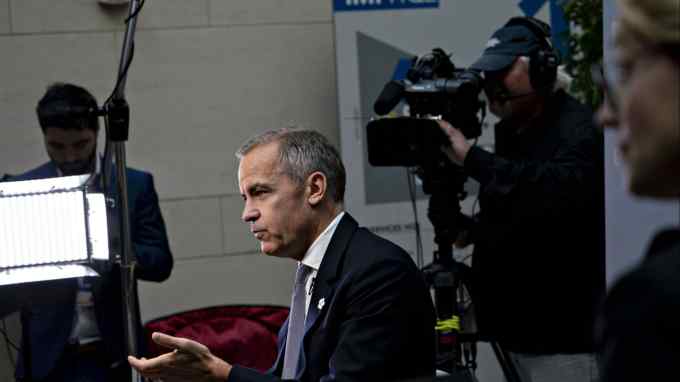