It is hard to find industries reporting an upside to Britain’s decision to exit the European Union but UK consultancies are an exception.

Consulting firms won 34 contracts worth up to £95m last year that directly cite the need to help prepare for the country’s exit from the EU, according to Tussell, a database of public contracts. This includes work drawing up a sovereign agriculture policy, devising a system for customs declarations and managing the consequences for universities and the science sector.

Millions more will have been spent on consultants for work that does not directly cite the EU but addresses the knock-on effects, Tussell adds.

Gus Tugendhat, founder of Tussell, says Brexit has delivered a “bonanza” for the consulting industry. “Even in the best of circumstances, the civil service alone would never have had sufficient depth or breadth of expertise to pull off a project like Brexit in the time available. Outsourcing some of the heavy lifting to consultants was inevitable and pragmatic.”

Many of the firms feature prominently in the FT’s list of the UK’s Leading Management Consultants 2019. The biggest contract was awarded by the Cabinet Office in April to nine suppliers including PwC, Deloitte, and McKinsey, which received between £5m and £10m each for Brexit-related work, though there are few details of what it involves.

Three of the contracts — together worth £25m — went to Bain, McKinsey and Boston Consulting. EY, PwC and Deloitte also took £10m each, suggesting that the firms’ involvement in accounting scandals and calls for their break-up after the collapse of Carillion, the government contractor, has had little effect. This batch of contracts is due to run until spring 2019, but with the option to be renewed for a further year at the same cost.

Ian Makgill, founder of OpenOpps, a consultancy that monitors government contracting, is critical of a “lack of transparency” in framework agreements, which approve a list of contenders for contracts. “The nature of framework agreements means we know a deal was awarded and the framework it was under but we don’t know what work they are actually doing for the public,” he says.

The Cabinet Office said: “All government contracts are published online . . . The amounts published are the maximum budget set aside for these contracts — the actual amount spent may be considerably less.”

PwC won the highest value of Brexit-related work overall, securing £14m of contracts in the year, mainly for the Cabinet Office, as well as for the Department for Environment, Food and Rural Affairs (Defra), the Department for Transport and advising on the impact of Brexit on Northern Ireland.

Larry Zeenny, director of Consultancy.uk, an industry website, agrees that Brexit has turned out to be something of a “cash cow for the consulting industry”. He says many of the big consultancy firms have established Brexit desks to capitalise on growing demand for Article 50-related advice that covers everything from impact analysis and preparation to the execution of plans.

Most Brexit-related advice has focused on the UK, but this is now expanding to Europe, where companies and government agencies are also finding that they need to draft in expertise to cope with the impact of Article 50, he adds.

In some cases consultants are embedded in government departments, providing “short, strategic consultancy engagements”, Mr Zeenny adds, while in others they offer day-to-day support, such as establishing and running project management office functions.

Job cuts across the civil service mean many departments have struggled to find staff to handle the changes. As a result there are several instances when external consultants are hired to fill civil servant roles — teams and individuals working day-to-day at the client’s office. 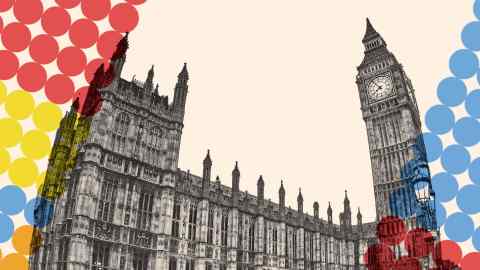 Whitehall has seen a 26 per cent reduction in the number of civil servants in the past decade. A recent National Audit Office report says that the cuts have left gaps in the capability of the civil service to cope with the growth in demands it faces. The NAO notes that ministries such as Defra, which have large amounts of EU-derived funding, need legal, economic and sector experts to deal with the implications of Brexit.

The Brexit-related work may have been much needed, however, as consultancies saw only a slight rise in work across the public sector last year. Between January and December 2018, firms were awarded £554m of public work, according to Tussell. This represented a 1.46 per cent increase on 2017 — or £35m more.

“Nearly all the work was handed out by central government, suggesting that local authorities and other taxpayer-funded agencies may be cutting back on their consultancy spend as they focus on more essential services,” says Mr Tugendhat.