Sign up to myFT Daily Digest to be the first to know about Tencent Holdings Ltd news.

Shenzhen is a long way from Silicon Valley. Tech companies are housed in gleaming skyscrapers rather than on rolling campuses; there is scarcely a hoodie to be seen and the Communist party influence is never far away.

Just across the border from Hong Kong and lying in the Pearl River Delta, this metropolis of some 12m people is home to some of China’s biggest tech players, including the social media giant Tencent valued at over $500bn and telecoms equipment groups ZTE and Huawei Other big players, such as Alibaba and Baidu, have offices alongside swaths of start-ups. Makers and sellers of electronic goods and components complete the line-up.

Shenzhen has “really come of age”, says Joe Ngai, managing partner of McKinsey’s Greater China operation which opened offices in Shenzhen two years ago. The evolution from sleepy fishing village to factory of the world to tech valley began in 1979 when Deng Xiaoping launched a new economic model with the words “to get rich is glorious.” He designated Shenzhen a special economic zone.

It is a city of migrants — only the very young were actually born in Shenzhen — and entrepreneurial spirits can be seen in everything from the soaring towers and sky bridges of the Tencent building to the shopkeepers selling counterfeit goods. Their modest stalls display photo albums cataloguing the vast array of fakes available to buy in nearby back rooms.

China’s small band of truly international companies such as DJI, the world’s biggest drone maker, are based there. Andrew “Bunnie” Huang, an independent consultant specialising in electronic manufacturing, has business in Shenzhen after growing up in the US. Now he thinks the area trumps its rival in California. The city has more things going for it, like a functional mass transit railway system alongside “cheap massages or crazy high end restaurants”.

Yet the rapid pace of growth has also left some gaping holes in the fabric of everyday living. It is a work-hard culture that leaves little time for socialising some employers are responding with work-sponsored-dating activities.

When workers manage to marry and start a family, the question of child care looms. Grandparents are far away and Shenzhen lacks a sizeable pool of nannies to take care of offspring. And, like any city on the up, housing is expensive. Some entrepreneurs worth a fortune on paper, complain they cannot afford to buy a home. Escalating costs, especially in tech-heavy districts like Futian and Nanshan, put upward pressure on salaries and rents.

Some companies are already moving out. Huawei, one of Shenzhen’s biggest taxpayers has begun a retreat further inland to Dongguan and plans to move even more staff there once a new campus is finished.

Meanwhile, the tech boom had led to an oversupply of incubator space. “Incubators are everywhere,” says Mr Huang. “They would have rooms with a 3D printer and not much else and call it maker space.” Many are little more than real estate rentals, or in many cases sub-rentals. Empty incubators also hint at an incipient bubble.

Meanwhile the government is pressing ahead with plans to make China’s equivalent of Silicon Valley bigger than the US namesake. The aim is to bolt Shenzhen together with Hong Kong, Macau and other cities to create a “Greater Bay Area”, where people and money can move freely.

This initiative is being backed by companies such as Tencent, which is listed in and has offices in Hong Kong.

For the sceptics who do not believe the US’ bay area can be replicated, Shenzhen will keep its seat as the local tech capital — at least so long as companies can still afford to operate there. 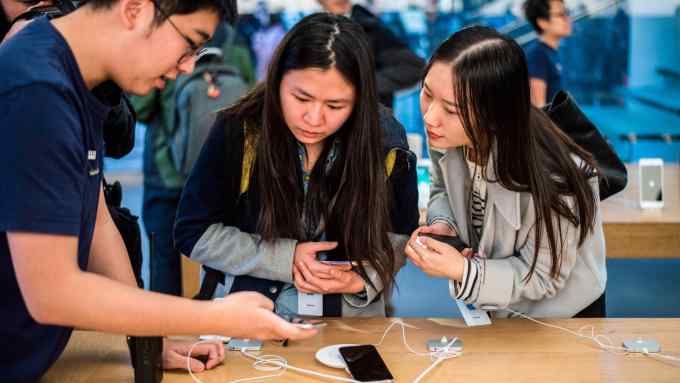