UK plans to track spread of coronavirus in sewage

The UK is preparing to launch a national research programme to detect coronavirus in sewage in a bid to create an early warning system for future waves of Covid-19.

The new government initiative — likely to be announced in the next two weeks — is part of an international surge of scientific interest in using wastewater tests as an additional tool to track coronavirus.

The UK system is being put together by the government in consultation with universities, water companies and public research bodies, according to three people involved in the discussions.

About half of those infected with Sars-Cov-2, the virus that causes Covid-19 disease, excrete it in their faeces, said Professor Gertjan Medema, principal microbiologist at KWR, a Dutch water research organisation.

Enough virus survives the passage down drains to sewage plants for it to show up when untreated water is tested for the virus’s distinctive genetic fingerprint using ultrasensitive PCR analysis — the same technique used to test patients’ nose and throat swabs.

Research teams in the UK and several other European countries, as well as Australia, Israel and the US, have proved that systematic sampling of sewage water can reveal levels of viral infection in local communities.

The world’s most advanced sewage-monitoring programme is currently in the Netherlands, where it is run by the RIVM, the national institute for public health. Prof Medema said it monitored sewage in 29 cities and helped “the ministry of health to follow the circulation of the virus underground as well as above the ground”.

KWR was already monitoring sewage for microbial fingerprints — for example, signs of antibiotic resistance — when reports of the new coronavirus emerged from China early this year. It set up testing stations at a series of Dutch treatment plants and waited for Sars-Cov-2 to arrive.

In some places, such as Amersfoort, sewage signals provided a clue that the virus was present in the community before any patients had appeared, Prof Medema said. Since then, the sampling data has broadly tracked the rise and fall of cases across the Netherlands.

The UK environment ministry, Defra, confirmed that UK sewage surveillance was under discussion: “We are actively engaging with the research community and government scientific advisers to investigate whether monitoring wastewater could be used as a way of tracking the prevalence of the virus.”

Several UK universities are already involved in coronavirus sewage surveillance, including Cranfield, Newcastle, Edinburgh, Bangor and Stirling — some in collaboration with water companies.

“It’s a bit like an academic wild west,” said Andrew Singer, senior scientist at the UK Centre for Ecology & Hydrology, a non-profit research body. “Every study is done in a slightly different way to the next one. We need to standardise the way we work, as the Netherlands has.”

The US-based Water Research Foundation is making an effort to establish international standards for sampling and analysis to detect the genetic fingerprint of Covid-19 in wastewater, so that public health bodies can compare results obtained by different labs.

Vanessa Speight, a professor of engineering at Sheffield University, is closely involved in the US foundation’s efforts. “Results will depend on your sampling location and even the time of day. You can’t just open a manhole in the road and dip in a test tube,” she said. Her team is working to find the best times and places for microbiological surveillance.

Newcastle University is in an international project with the University of Santiago de Compostela, Spain, and corporate partners Northumbrian Water and Labaqua. The group has been monitoring sewage across Spain and north-east England for two months. 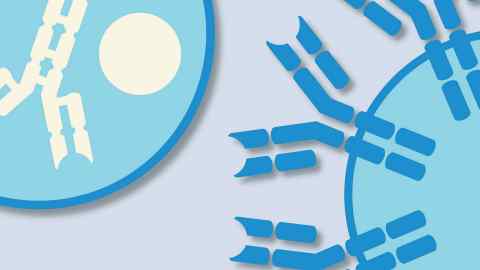 Although the primary purpose of all these projects is to track infection, researchers also face questions about whether levels of coronavirus in wastewater could pose a danger to sewage workers or even the general public.

The industry body Water UK insisted: “There is no risk of the disease being passed on through sewage but some small non-infectious genetic traces of the virus can remain in the sewer system.”

Most university researchers agree that sewage is not a significant transmission route for the virus. But Richard Quilliam, a professor of environmental science at the University of Stirling, said that although the evidence was unclear, there was a significant risk of “widespread” distribution through wastewater.

Whatever surveillance system emerges in the UK and worldwide, “we must make sure that it is maintained and built up further for the future after this pandemic is over”, said Dr Singer of CEH. “It could be invaluable for identifying the presence of another emerging new pathogen next time there is a global alert.”