Lead the way with 50% off
US economy

Banks warn of new delays in US small business bailout

Jump to comments sectionPrint this page
US economy updates

Sign up to myFT Daily Digest to be the first to know about US economy news.

Small businesses in the US that took rescue loans from the federal government are facing potential delays in finding out if they will have the debt forgiven, after banks administering the programme said they still need more guidance on which loans can be written off.

The new snag echoes the rocky launch of the Paycheck Protection Program two months ago, and continuing confusion and controversy over its terms. The programme has directed about $500bn to small businesses in the form of loans that can be forgiven if they keep paying workers through the pandemic or quickly rehire them as lockdowns ease.

The Small Business Administration — the federal agency overseeing the bailout programme — published updated forgiveness application forms on Wednesday for the first wave of borrowers, who can now apply to have the debt written off.

But on Wednesday night, JPMorgan Chase, Bank of America and Wells Fargo all told the Financial Times that they were still not in a position to begin accepting applications for loan forgiveness, as did regional lender PNC.

Chase and Wells Fargo said they were awaiting further clarification from the SBA. Bank of America and PNC would not specify the reason for the delay.

None of the four banks could say when they would have their forgiveness processes up and running, though several people said they hoped it would be “soon”.

The National Association of Federally-Insured Credit Unions, representing smaller lenders, expressed unhappiness with the guidance coming from the SBA and the US Treasury on Wednesday.

“NAFCU believes it is important to simplify the loan forgiveness process and application for smaller PPP loans,” Brad Thaler, NAFCU's vice-president of legislative affairs, wrote in a letter to the House Small Business Committee. The organisation argued there should be automatic forgiveness of loans below $150,000.

“While credit unions are working with their members to assist them with the current loan form, the complexity of the forgiveness rules and application is posing challenges for many small businesses who may not have the staff or expertise for such a complex application, especially with the current economic challenges.”

Businesses are eligible to ask for their loans to be forgiven within eight weeks of the first money being disbursed in early April, since they were originally given an eight-week time horizon to spend the money on wages or other eligible expenses such as rent.

That means that the 1.6m businesses and sole traders that had been granted $342bn of loans by April 17 can now make a case that they spent their funds on allowable expenses and should have the debt written off instead of having it converted to a low-interest two-year loan. 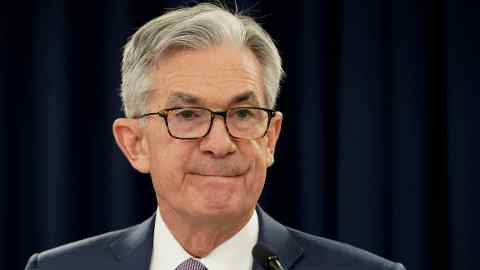 The federal government amended guidance on eligibility for PPP funds as it emerged that some large businesses and publicly traded companies were tapping the programme. A number of companies, including high profile restaurant chains such as Shake Shack and Potbelly, handed back the money.

The window within which businesses must use the money on allowable expenses in order to receive forgiveness was also pushed out from eight to 24 weeks. Restaurants and other businesses that were ordered to close through the Covid crisis successfully argued there was little point in paying staff who could not come to work.

Banks said this extension was helpful since it meant that PPP forgiveness requests would be spread out, reducing the chances of lenders’ systems becoming overwhelmed as they were when the PPP application process was launched in April.