We use cookies (opens in new window) for a number of reasons, such as keeping FT Sites reliable and secure, personalising content and ads, providing social media features and to analyse how our Sites are used.
Manage cookies
Accept & continue
Special Report Sequoia Capital

Deutsche Bahn, Germany’s rail operator, prides itself on the punctuality of its trains. Yet it has no easy way of checking whether the clocks in its stations are showing the right time.

Or at least not until Relayr came along. The Berlin-based start-up advised Deutsche Bahn on the installation of sensors — rather like a wearable fitness tracker — that transmit data from the clocks and show when they need fixing.

Deutsche Bahn is not Relayr’s only satisfied customer. Schindler, the lift manufacturer, uses Relayr technology to transfer data about the health of its lifts and so enable “predictive maintenance”.

The internet of things, or IoT, is a hot-button topic in the tech scene right now. Hundreds of companies are trying to figure out how to harness the data being thrown off by cars, aeroplane engines and household appliances.

“IoT is a chance for Germany to use its engineering and industrial base and find digital applications for that,” says Florian Heinemann, founding partner of Project A Ventures, which invests in early-stage companies.

Relayr hopes its early success with IoT continues: “Data is the new oil — and the question is who’s going to own it?” says Mr Bond. Founded in 2013, Relayr boasts some big backers, including Kleiner Perkins, the Silicon Valley venture capital firm.

Venture Capital funds like Kleiner Perkins, Sequoia Capital and Index Ventures are increasingly active in Germany. “It’s cheaper to invest in German start-ups than US ones because the valuations are so much lower,” says Peter Lennartz, EY start-up initiative head.

Behind a number of Germany’s recent success stories is Rocket Internet, an incubator that has helped found dozens of e-commerce start-ups. It raised €1.6bn in an initial public offering in October 2014.

Experts say the explosion of interest in tech is partly due to a change in outlook among young Germans. “Becoming an entrepreneur is seen as a viable and respected alternative to working in the corporate world,” says Harry Nelis of Accel Partners, the Silicon Valley venture capital firm.

Germany still has a lot of catching up to do. According to start-up research company CB Insights, of the world’s 174 so-called unicorns — companies with a valuation of a $1bn or more — only four are German. 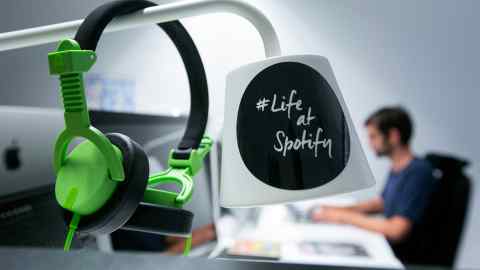 One big obstacle has been the dearth of funding. These days a little more capital is flowing in, largely from family offices and German corporates worried about falling behind in the digital game. But “the problem with that kind of money is that it’s very volatile,” says Mr Heinemann. “That’s why most venture capital firms in the Anglo-Saxon world try to rely on institutional money — pension funds and hedge funds — which is precisely what’s lacking in Germany.”

The German government aims to fill the gap. It contributes to a venture-capital investment initiative known as the High-Tech Gründerfonds, which invests seed capital in start-ups. KfW banking group, a state-owned development bank, is involved, as are large companies such as BASF, Bayer and Daimler. High-Tech Gründerfonds has about €576m under management.

The government’s German Accelerator scheme helps start-ups enter the US market by giving them access to mentors and office space in Silicon Valley and New York. Mr Heinemann says German start-ups need more if they are to feel as confident as US counterparts. “There are a lot of engineers here, but you need angel investors, accelerators, venture capital — the whole infrastructure,” he says. “That’s still lacking.”

Get alerts on Sequoia Capital when a new story is published