Unite, the UK union, helped win a legal victory in March that expanded safeguards against discrimination in the workplace established under the 2010 Equality Act to those with “pre-cancer”.

The ruling added to the range of workplace protections for disabled people in the UK. However, a challenge remains in knowing when the law should be applied, particularly in the case of mental health disabilities.

“It can be very difficult to work out whether someone is suffering from a particular impairment,” says Simon Kerr-Davis, a lawyer in the London employment practice at Linklaters. “But once that’s established, most employers are pretty clear as to what their obligations should be.” The scope of employer obligations has expanded in recent decades. In the US, the Americans with Disabilities Act became law in 1990. In the EU, provisions on disabilities were included in the Employment Equality Directive, adopted by member states in 2000.

The UN Convention on the Rights of Persons with Disabilities was adopted in 2006. Article 27 protects people with disabilities from discrimination and recognises their right to work on an equal basis with others.

Across jurisdictions, laws have different characteristics. “While within Europe, we’re all driven by the same directive, there will be differences between the implementations in different jurisdictions,” says Mr Kerr-Davis.

In the UK, part of the definition of a disability is that it has a “long-term” negative effect of 12 months or more on someone’s ability to conduct normal daily activities. This is not the case in the US. “In 2008, the Americans with Disabilities Act was amended and it made the threshold question of who has a disability more open — you don’t have to show a particular time period,” says Peter Blanck, a Syracuse University professor and chairman of the Burton Blatt Institute, which promotes the interests of people with disabilities.

Within the US, state laws sometimes go further than the ADA. “California and New York have very strong additional protections,” says Prof Blanck. “At a minimum they would comply with federal law but they are free to do an even better job.”

Employers in Europe and the US can be taken to court for failing to make “reasonable accommodations” in the workplace for someone with a disability. These accommodations range from providing accessible door handles and voice recognition software to modified or flexible work schedules.

UK law also expects employers to explore for signs that a worker has a disability even if it is not immediately apparent, as could be the case with mental illness. “It may be a one-off but if you see a pattern of behaviour, the employer has a high level of duty to inquire into that situation,” says Joanna Chatterton, a partner at City law firm Fox Williams. “We find tribunals expect high standards of inquiries by employers.”

While it might be relatively easy to identify physical impairments, mental health problems can be harder to recognise. For some staff, fear or shame may prevent them from speaking publicly about their condition. Others may be unaware of having a mental health problem. For employers, the challenge is identifying a problem.

“The line between unusual behaviour in the workplace and something that is a mental illness can be very difficult to judge,” says Mr Kerr-Davis. The difficulty for employers, he explains, is what to do when, say, an employee is losing their temper frequently. The employer has a duty to make an inquiry but risks that very inquiry being considered discriminatory.

“If someone feels they are well and is told they have to have an occupational health examination, they could take offence at that, and that brings a practical difficulty for employers,” he says.

Neither is it easy for those who feel they have been discriminated against. Even in clear-cut cases, it can be difficult for people to bring grievances to court, particularly if their physical or mental disability itself makes pursuing a claim tough.

Adding to this challenge is the fact that laws are not always applied rigorously. “Even in the US, enforcement is still the major issue, particularly in this time of government retrenchment,” says Prof Blanck.

Some believe US laws are weakening. Congress passed a bill in February amending the ADA, which proponents say will prevent abuse of the law, that requires anyone wanting to sue a company for not making accommodations such as wheelchair access to first notify the company and allow it time to fix the problem. Disability campaigners say this gives businesses no incentive to comply speedily with their obligations. 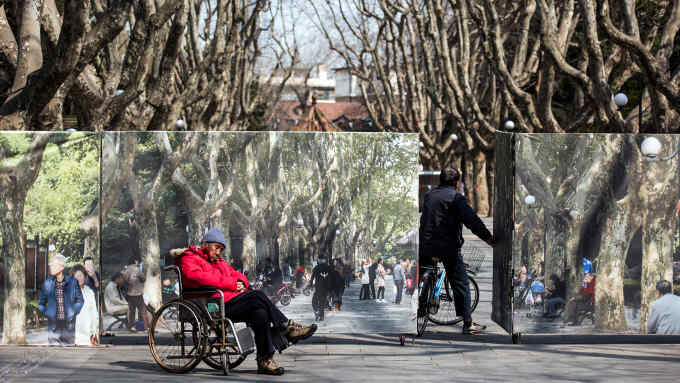