After months of virtual meetings and with many jobs under threat, no wonder workers are anxious

In “normal times”, as Helena refers to the pre-lockdown era, if the marketing executive felt uneasy about something at work, she would “share it with a colleague or check in with a deskmate”. Now she ruminates.

“You’re riddled with paranoia. If I don’t hear back from someone, I get worried.” Video conferencing is a poor substitute. “You’re missing all those social cues,” she says. “You are trying to see how everyone’s reacting . . . You dart your eyes across the screen to see how engaged they are. When people are joining calls they are probably still emailing. I leave a call and think, ‘Oh gosh, did I get my point across, did I lose that person?’”

Isolation, distrustful management, emails around the clock and the underlying fear of job cuts add up to paranoia. In the morning, she opens her smartphone and thinks, “Oh Christ, I’m awake. I should be online”.

The combination of working from home and the threat of redundancy in an economic downturn are potent conditions for paranoia. “Generally paranoia is about things which are not there or which have not happened — yet,” says André Spicer, professor of organisational behaviour at Cass Business School. “That means when you are not around your co-workers and your organisation due to virtual working, it can give space for paranoia to grow. We don’t have all the usual informal feedback to make sense of what is going on.”

Daniel Freeman, professor of clinical psychology at Oxford university, agrees. “When people are paranoid they often read too much into ambiguous information. [Today] there’s more ambiguity and more threat, there’s less distraction from our routines, contact with other people and other things to talk about,” he says.

According to Mind, the mental health charity, many workers experience mild paranoid thoughts from time to time. These might include fears that your work is not up to scratch, that you are being excluded, or colleagues are gossiping about you.

Roderick Kramer, professor of organisational behaviour at Stanford Business School, describes the trigger for paranoia as unexpected events — such as a merger or redundancies. To fill the void of uncertainty, his research finds, people tend to become “hypervigilant”, scrutinising the behaviour of peers and bosses for meaning — making people think even more about whether they are being noticed. “For people who are more secure in their job status or reputation, these concerns will be lower.”

This rings true for California-based Anna, who works in product for a tech company. She feels vulnerable about rumoured job losses and is “scared to take any days off for fear of being judged badly . . . I am working weekends [and] late nights to prove my commitment to the company”.

In The Examined Life, the psychiatrist Stephen Grosz wrote that soldiers often experience paranoia in a battlefield, as a defence against not being thought of at all. “It is less painful”, he writes, “to feel betrayed than to feel forgotten.” Such feelings are familiar to Anna. “If I [find] out I am left off an email I panic that it’s because my boss is forming a new team without me.” She is worried about where she is being left out and “when someone else is looped into my work I think they are trying to take it over, whereas before I would have welcomed the teamwork”.

Silence is also difficult to deal with, says Anita Williams Woolley, associate professor of organisational behaviour and theory at Carnegie Mellon University’s Tepper School of Business. “If someone doesn’t respond to an email you [think], ‘What does that mean?’ It’s difficult to fill in the blanks and sometimes you do that [by] filling in more negatively.”

This can spark rumours. Ben Bisbee, author of The Unashamed Guide to Virtual Management, says typically people become fearful of confrontation. “If no one has talked about it openly in management, do you really want to be the first one to bring it up? So again, you ask quietly to your peers to see if they’ve heard anything, if they know what’s going on. And round and round we go.”

Video meetings tend to be task-focused, says Prof Woolley. While these can be productive, the downside is they tend not to give “contextual information of people’s personal lives or the broader organisational information”. In the absence of such insights, people attempt to read into the tone of voice and sift for missing information.

During lockdown, managers have tried to combat the transactional nature of virtual meetings by organising social events. For Helena, they feel like “forced fun”, particularly if led by the line manager “who’s been giving you shit”, she says.

Tomas Chamorro-Premuzic, professor of business psychology at Columbia University, says that while it may be harder to gossip, politic, plot and manipulate online, there are still ways to do it. “The same Machiavellian or privileged individuals who manipulate interactions to rig a system and take advantage will find a way to do this online,” he says.

Software that monitors the use of workers’ laptops exacerbates the paranoia. “You have to show that you’re busy,” says Helena. “How do you show busyness?” Instead of working, she reasons, she could be twiddling her mouse and watching television. “Some of these old-school managers, it feels like they need to be harsh [and create] a narrative of fear.”

As some workers return to the office, those left at home might experience Fomo (fear of missing out). Prof Williams says, “Mixed groups find that the communication issues become very difficult. There’s information that people together know tacitly, but don’t understand what the others don’t know. They might develop an inter-group understanding, it could become a them versus us.”

Those working from home might be right to feel that out of sight means out of mind. Batia Wiesenfeld, a management professor at New York University’s Stern School of Business, says research has shown that “if you look at the pay and promotion outcomes [of those working from home] and adjust it for their higher performance, they were disadvantaged relative to people in the office. We know that if [workers] are remote, it’s better if their manager is also remote.”

Clearly, in today’s economic climate, the threat of job loss is a real danger. Prof Kramer advocates a dose of prudent paranoia. “Andy Grove’s famous admonition to his employees — ‘only the paranoid survive’ — is that the heightened vigilance and scrutiny of other people, worrying about their intentions, motives and benevolence towards one’s self, might make the difference between survival or political suicide.”

For managers who do not want to create a climate of fear, the advice is to communicate in multiple ways and often. “Be transparent,” says Prof Woolley. “Everybody’s adapting. The problem is that leaders aren’t sure and say nothing, which is worse than being transparent about what they don’t know.”

For paranoid employees trying to determine how real their fears are, Prof Kramer recommends engaging in “energetic reality-testing”. In other words, sounding out their thinking with social networks. Unfortunately, one of the dangers — especially online — is that individuals sample selectively, “turning to their siloed and filtered sources which tend to reinforce the confirmation bias”.

It is advice Anna tries to follow. “All emotions are really heightened, so I always have to take a step back and question my reaction as to whether it’s ‘normal’ or an overreaction.”

Names of workers have been changed to protect their identity

Explore the series
READ MORECoronavirus: free to read
The long road to a Covid-19 vaccine 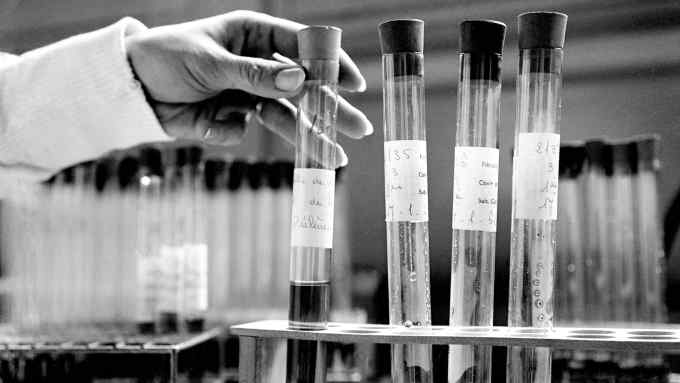