If you think the same, join us
Latest news on ETFs
See all 340 stories
Opinion ETF Hub

ETFs: how to balance freedom and investor protection? Disclose the downside

Exchange traded funds have moved to the front lines of an ideological battle that has long troubled regulators and consumer advocates: where should the line between freedom and investor protection be drawn?

We are in a period where the prices of many investments appear detached from financial reality. Every time you turn around, the S&P 500 index seems to have hit another all-time high. The prices of everything from “meme stocks” driven by retail investors, such as Robinhood and AMC, to cryptocurrencies such as bitcoin are gyrating wildly.

Global mergers and acquisitions, many of them at nosebleed valuations, have already passed last year’s total and smashed the previous year-to-date record set before the financial crisis in 2007.

At the same time, money is pouring into exchange traded funds at a record rate globally: more than $659bn in the first half of 2021, compared with $767bn for all of last year. In the US alone, 199 new ETFs were launched. The funds provide retail investors access to a much wider range of investments, including debt products and commodities, and they can often be bought without paying a commission. Unlike traditional mutual funds, exchange products can also use derivatives and take short positions, betting that prices will fall.

In short, ETFs make trading cheaper and simpler, which is great for people who know what they are doing and want to take strong positions based on their convictions. But easy market access is not always the right answer. Some investors need safeguards, particularly those who are panicked, misled, or simply in over their heads. Striking the right balance is one of the most important regulatory questions right now.

In the past, the guardrails have often been drawn to protect less affluent investors. The US, for example, limits direct investment into hedge funds, private equity and venture capital to “accredited investors” who must have annual incomes above $200,000 and net worth of at least $1m, not including their primary residence.

It makes sense, of course, that rich people with money to burn can afford to take more risks than those who are investing their retirement savings. But these rules have also shut out younger investors and those who lack inherited wealth from high-yielding sectors, such as private equity, during a prolonged period of low yields on safer investments.

Hal Scott, an emeritus Harvard Law School professor who directs the Committee on Capital Markets Regulation, an industry policy group, argues that regulators would do better to focus on improving disclosure rather than preventing investors from buying specific products for which there is clear demand.

“You can buy all sorts of things that have questionable worth. Why are we singling these out?” he says. “I would not favour merit-based restrictions. If you are going to start banning speculative investments, there are an awful lot of them out there.”

In the arena of exchange traded products, the fight over freedom versus protection is now centred on cryptocurrencies and leverage. While products based on bitcoin have been approved for trading in Europe and Canada, the US has repeatedly delayed a decision on whether to allow them.

Critics argue that cryptocurrencies are too volatile and too poorly regulated to be put into products that can be sold to ordinary retail investors. They are also dubious about ETFs that rely on borrowing and derivatives. Rather than tracking an underlying index on a one-to-one basis, these leveraged products may aim for twice or three times the returns. That means while gains are amplified, so are losses. There are also concerns about the way the amplified results are calculated. The funds do a good job of tracking their indices over a few days or a week, but their returns can diverge quite significantly over extended periods, particularly when markets are volatile.

“There is a difference between an investor choosing to invest in a product of their own accord and them choosing one where they are potentially being exploited . . . products that inherently just enrich the issuer at the expense of the investor,” says Andrew Park, senior policy analyst at Americans for Financial Reform, a consumer advocacy group.

The financial services industry does not have a good record on that score. The dotcom bubble saw banks boost their bottom lines by publicly touting stocks their analysts privately disparaged. The current “Spac” boom has seen some sponsors of these special purpose acquisition companies profit from mergers with private businesses that almost immediately failed to live up to their lofty projections.

In my view, the best course of action is to protect the money that the investors can least afford to lose and opt for improved disclosure for everything else. Put limits on what can be done with pension pots and other tax-advantaged savings accounts, but then give investors more freedom with the rest of their savings. Insist on disclosure documents that are standardised and easy to understand for all exchange traded products. Force the sponsors to spell out exactly what can go wrong.

It’s fundamentally better for society if retail investors are engaged in the markets — but they cannot be just lambs driven to slaughter.

The writer is the FT’s chief business commentator 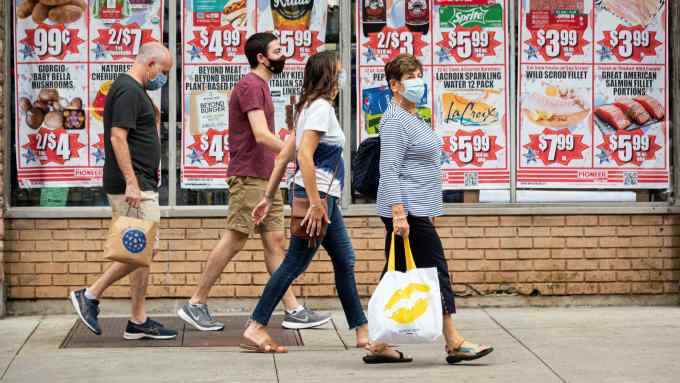