The internet: regulators struggle to balance freedom with risk

Digital technology is arguably humankind’s most significant development since the invention of the printing press.

No surprise, then, that filings for patents — in particular in the digital space — are reaching record levels in some countries, just as they did during the dotcom boom at the height of the craze for “business method” patents. European Patent Office president António Campinos said this year that “demand for patent protection continues to grow, which means inventors and businesses see Europe as an attractive . . . technology market to innovate.”

However, as Tanya Aplin, a professor in intellectual property law, points out, “new technology is being used in extremely efficient ways to flood the online markets and platforms with infringing patented, pirated and counterfeit goods.” Some of this reaches the level of criminality and extends to other online issues such as the distribution of child pornography; terrorist recruitment; promoting hate crimes; and the harnessing and misuse of private data belonging to unsuspecting consumers.

In response, governments have come up with new regulatory proposals for the internet virtually overnight, in contrast to their traditional hands-off approach to regulation.

The US President memorandum on combating trafficking in counterfeit and pirated goods, the UK’s internet safety report, the EU directive on copyright in the digital single market and Singapore’s protection from online falsehoods and manipulation act were all produced in an extraordinarily short space of time.

Regulation goes against the spirit of the creed followed by many internet inventors. The original dreamers of the digital age — pioneers such as Jon Postel, Tim Berners-Lee and Vinton Cerf — postulated a free and unfettered cyber world.

In this glorious environment, information flows freely, the right to know is a given, scientific collaboration is easy, you can express your opinions without censure, and innovation and free competition allow online business to thrive without boundaries or borders. 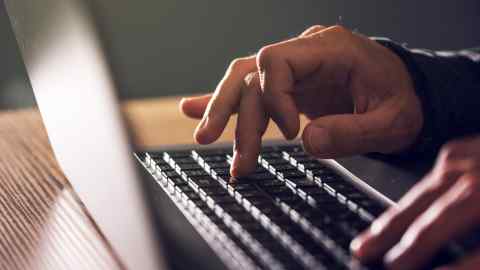 So is regulation an effective response to the smart use of technology by malefactors in the digital world?

The answer lies to some extent in the new inventions and digital tools applied in cyber space. Digital tools used in combination with administrative measures, and based on due process, are possibly the only way to counter the boom in both the volume and velocity of criminal activities online.

The attempts by courts and legislatures around the world to stem the torrent of criminal online actions have been woefully inadequate.

The law tends to lag behind commercial and technological development and the courts are playing catch-up as they try to deal with the rapid pace of digital deployment, as foreseen by Moore’s Law with its prediction of exponential growth of computing performance.

Cyber law expert Alex Urbelis points to examples of universal digital tools including “blocking, filtering, proactive monitoring and domain-name policing, “bad actor” listings, digital authentication via blockchain, use of artificial intelligence to predict malicious activity”, as well as “administrative measures such as notice and takedown, and notice and stay down” — court orders to delete online content.

The effective use of administrative measures in the digital era is exemplified by the speedy and cost-effective procedures specifically set up by the UN’s World Intellectual Property Organisation to deal with cyber squatting — the wrongful registration or use of an internet domain name — at a global level.

The WIPO developed The Uniform Dispute Resolution Policy through an independent panel representing different stakeholders around the world.

The UDRP has been referred to as a contemporary version of the law merchant — the customary rules that served in medieval times as the international law of commerce — for cyber space.

The internet is by nature global and its problems require a worldwide solution. If we are to address the great digital challenges of our time, we require an international, holistic solution, not unlike the universal collaboration around the fight against climate change.

Special ReportG20: Japan and the World
G20 meets as the digital economy stirs debate on ethics 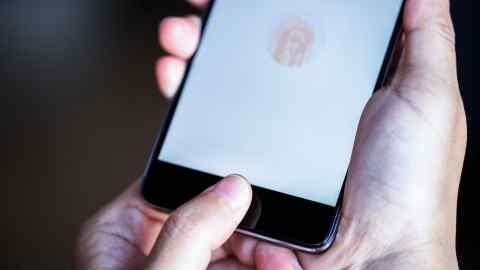 Global guidance needs to focus on uniform digital tools and administrative measures inclusive of due process. Purely regional efforts to tackle only local fragments of the internet may very well be counter-productive.

A type of ius gentium (law of nations), natural law or law merchant, in the form of a universal body of customary rules common to all humankind, must be developed for cyber space.

Without universal and uniform collaboration to develop common guidelines to deal with infringing activities, we can expect further regulatory discord and magnification of the problems those very regulations seek to address.

As Sir Tim Berners-Lee points out in a related context, principles of a contract — a “Magna Carta for the web” — are urgently required not only to respect users’ rights to privacy and data protection but also to preserve the accessibility and openness of the world wide web.

The writer is founder of Digilabs and professor of practice at the Dickson Poon School of Law, King’s College London