Drastic rate cuts by emerging market central bankers will hold back the rebound in these countries’ currencies as the global economy recovers, investors say.

Interest rates in countries from Indonesia to Brazil — some already at or near-record lows running into the crisis — have been pushed ever lower as monetary policymakers across emerging markets acted swiftly to soften the economic blow from the Covid-19 pandemic. That has reduced the historically wide gap with rates in developed markets.

Investors are receiving less compensation than before for the higher risks and more volatile trading patterns of EM currencies, said Francesca Fornasari, head of currency solutions at Insight Investment. This would limit the gains for these currencies from weakness in the dollar, she said.

“While the dollar will suffer as global growth rebounds . . . the benefit to emerging markets from a global upturn is likely to be weaker than in previous cycles,” Ms Fornasari said.

In the past, many EM central banks have maintained high interest rates to help fund their current account deficits. Higher benchmark rates make their currencies’ more attractive to investors, shoring up the exchange rate and helping keep inflation in check.

But the pandemic reordered policymakers’ priorities, as the world went into lockdown and global trade was disrupted. The economic crisis compelled central bankers to focus on boosting domestic demand by lowering interest rates. Many EM central banks also launched bond-buying programmes to support their sovereign debt markets — moves hailed by strategists as marking a fundamental shift in monetary policy.

So far, it seems investors approve of the shift, said Athanasios Vamvakidis, a currency analyst at Bank of America, noting that inflation expectations were either stabilising or falling after the initial pandemic shock.

But there could be a longer-term cost. “The issue looming large for EM currencies is whether the unprecedented action by their central banks to slash rates, inject liquidity and expand balance sheets will ultimately lead to FX devaluation,” Mr Vamvakidis said.

Kamakshya Trivedi, a currency analyst at Goldman Sachs, said the “continued dovish monetary policy response . . . means that the response of EM currencies to an ‘EM-friendly’ macro backdrop may undershoot what has been typical in recent years”.

EM currencies tumbled with global equity markets in March’s brutal sell-off, as investors headed for the security of cash or safe government debt. Since then, equity benchmarks have regained their ground to reach or come close to record highs, while the dollar has weakened as investors return to riskier bets.

The greenback is down 3.3 per cent in 2020 against a basket of its peers. But EM currencies — as measured by MSCI’s benchmark index — are also down for the year, at 3.2 per cent, despite a strong rebound since the crisis. The Brazilian real and the Mexican peso are still well below where they started 2020, and not far from historic lows hit during the tumult.

News in-depthThe Big Read
Dollar blues: why the pandemic is testing confidence in the US currency 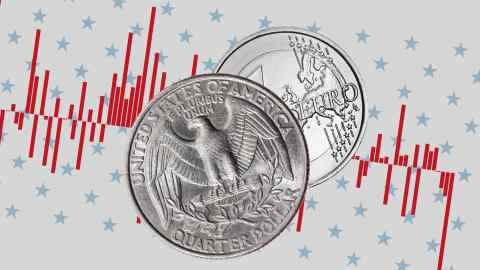 Interest rates are not the only reason strategists give for why developing countries’ currencies have not gained more from the dollar’s fall. Analysts at Barclays said they maintained a cautious outlook, especially as economies struggled with rising coronavirus infection rates and while political risks in some cases remained elevated.

One big worry is debt. Aggregate government borrowing across these economies as a proportion of their output was about 53 per cent before the Covid crisis, according to Institute of International Finance figures — having risen steadily in recent years. Running into the 2008 financial crisis, this leverage figure was lower than 40 per cent and falling. The IMF warned in early August that a second wave of mass infections could plunge EM economies into a debt crisis.

“It is very likely that over the next few years we will witness a resumption of steady net downgrades as rating agencies absorb the notable further deterioration in debt dynamics that is likely to take place,” Ms Fornasari added.