Get limited time offer
FT Series Wellbeing and fitness: How To Eat It in 2022
See all 10 stories
How To Spend It  Food & Drink

Testing potato, pea and other alternatives for the wannabe dairy-free

I used to regard people who ordered oat milk in coffee shops as a bit pretentious, until I became one myself. My reason for switching was environmental – oat milk’s carbon footprint is a fraction of that of cow’s milk, and it seemed an easy win. Tea with Oatly tasted funny at first, but these days I actually prefer it (though I do succumb to cheese and ice cream, every now and then).

The global market for alternative dairy is worth an estimated $22.6bn, and is projected to reach $40.6bn by 2026 (around a third of Britons now drink some form of plant-based milk). It’s possible these days to douse your cereal with milk made from nuts, soya, rice, oats and even split peas. Next month Waitrose will debut the world’s first potato milk, a Swedish brand called Dug (£1.85 per litre). Made from an emulsion of potatoes, rapeseed oil, vitamins and minerals, Dug claims to be twice as land-efficient as oat milk, and have a carbon footprint that’s just 25 per cent of dairy milk’s. Nutritionally, it’s similar to cow’s milk, and is free from the top 14 allergens. It is also, if they’re to be believed, the only plant milk to be fortified with folic acid.

Dug ticks a lot of boxes nutritionally – but for me there’s some work still to do on the taste. How shall I best describe it? Potato peelings mixed with white paint.

NotMilk ($5.03 for 64fl oz) is a disruptor from Chile that has attracted backing from Jeff Bezos. Made with the help of an algorithm that mimics plant-based foods, it’s derived from pineapple juice, pea protein and cabbage juice. It might not sound that delicious on paper, but it’s lactose-, soy-, gluten-, cholesterol- and GMO-free, and claims to beat dairy on carbon footprint, water and energy use by over 70 per cent.

How shall I describe it? Potato peelings mixed with white paint

On the fringes of the alt-milk movement, there are now brands that claim added functional benefits. Blume ($25 for 250g) is an “adaptogenic plant milk” from Canada, made from a blend of nuts, oats and herbal remedies including reishi, chaga and lion’s mane to help you find “centre and balance”.

When I was a kid, it was deemed deeply square to drink break-time milk at school. But thanks to the plant-based movement, drinking “milk” has now been re-cast as cool. The London-born oat milk brand Minor Figures (£10.80 for six litres) was the brainchild of “an unlikely mob of painters, jazz musicians, basketball players and barbers”. Aimed squarely at the flat-white market, its surrealist cartons have become a familiar sight in east London coffee shops. Since 2020 it’s also been available in recyclable glass bottles, which can be refilled at Minor Figures milk stations across the UK.

The Swedish pea milk Sproud speaks a hard-edged visual language more like a sneaker brand or a counter-culture zine. Available in original, unsweetened, chocolate and barista varieties (from £1.80 per litre), it has three times the protein content of oat milk and it tastes pretty good too. I found the barista version (sweetened with agave, which has a lower glycemic index than sugar) creamy but fresh, with only a slight hint of lentils that quickly disappeared in my cereal. Unlike some plant milks I’ve tried, it also didn’t leave my tea looking like a cup of miso soup.

Plant milk may have the edge over cow’s milk when it comes to marketing – but can it ever be as nutritious? It’s possible, says Harpreet Sohal, an NHS and specialist dietitian in plant-based and vegetarian diets at City Dietitians, but it depends on which brand you choose. “The nutritional profile of plant milks can vary quite significantly depending on what they are made from and if they have been fortified with vitamins and minerals. Some plant milks within the same brand also contain different nutrients and in varying quantities. Many of them contain less saturated fat and more phytochemicals [beneficial plant-based chemicals] than dairy milk but less protein, vitamins and minerals, unless fortified. “It’s important to remember that organic plant milks are not usually fortified,” she adds, “as it is not mandatory to add vitamins and minerals to organic products. This can put you at a higher risk of missing out on key nutrients for health if you are not getting these from other foods/drinks.”

Sohal’s advice for vegetarians and vegans is to choose an unsweetened and fortified soya or pea-based milk “as these are most nutritionally similar to dairy milk”. And just to be on the safe side, always check the label.

Explore the series
READ MOREWellbeing and fitness: How To Eat It in 2022
No udder option – next-gen plant milks 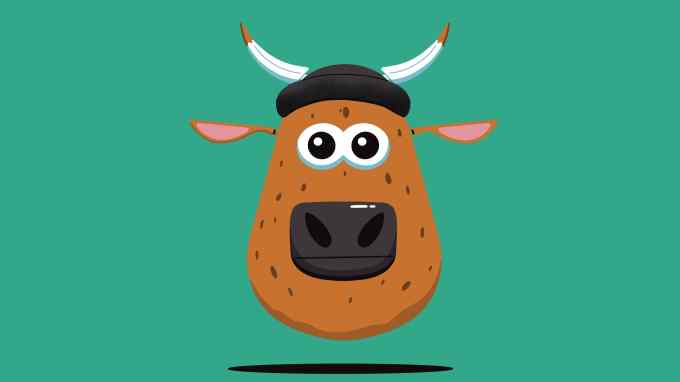