Buybacks are no longer enough to win investors’ approval 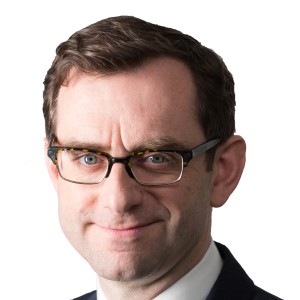 The private sector has been “amazing”, Donald Trump told a press conference on Monday, as the US president introduced a line-up of executives who were “fulfilling their patriotic duty” by producing masks and other material to help fight coronavirus.

Love of country had not been front of mind for most multinationals’ managers in the era of globalisation. But as drug companies rush out Covid-19 testing kits, carmakers retool to make ventilators, and logistics companies reroute to supply hospitals, business is having to rethink its place in society.

The warm public response to industry’s mobilisation is a rare bright spot in a terrible health crisis that has shattered demand, snapped supply chains and led to a fundamental repricing of risk. But many companies have been too preoccupied with staying afloat to contribute much. And those hit hardest, from aircraft manufacturers to casinos, are discovering that the relationship between the private and public sectors can change in ways beyond their control.

Almost a quarter of the $2tn stimulus package Congress agreed last week is targeted at big companies, but Washington has already attached strings to the loans it is offering, restricting borrowers’ ability to fire employees, buy back shares and pay executive bonuses.

And if the bailout succeeds in stabilising the economy, politicians will almost certainly demand more in return for the public sector’s support. Business is entering a period of greater government interference in corporate life than it has been used to.

An impatient Mr Trump has already invoked a law dating back to the Korean war to steer General Motors’ ventilator production, and he may use it more widely. But companies say it is unnecessary. “We don’t need the Defense Production Act to ask us to act,” United Technologies chief executive Greg Hayes said as he stood a few feet from the president on Monday.

Democrats, including Joe Biden and Bernie Sanders, the candidates who still have a chance of succeeding Mr Trump as president, are calling for tighter federal co-ordination of industry’s coronavirus response. Even if companies avoid such formal intervention they could still find their freedom to decide how to deploy their cash curtailed.

The politics of share buybacks have already shifted, with airlines under fire for the sums they spent on their own stock in the years before they pleaded for government support. High executive rewards and low corporate tax bills could easily be the next targets.

Investors have long pushed companies to spend more on buybacks, applauded groups that minimised their tax payments and turned a blind eye to executive largesse, but none of these metrics look particularly useful for judging how businesses are positioned to come through this crisis.

Instead, other yardsticks are coming to the fore, including companies’ contributions to the crisis response, their reputations as employers and the resilience of their balance sheets.

As the more robust companies scramble to help, there has been little time for Milton Friedman fans to remind them of the economist’s mantra that “the social responsibility of business is to increase its profits”. Instead, investors have rewarded companies that have found valuable roles to play: shares in Johnson & Johnson jumped on Monday, for example, after it said it would invest $1bn in a potential vaccine — even though it intends to sell the product on a “not for profit” basis in the pandemic.

The headlines grabbed by striking Instacart and Amazon workers this week, meanwhile, show the reputational costs for companies that have been miserly in providing paid sick leave or failed to take employee safety seriously.

Most important, this crisis has opened a gulf between the companies with the strongest and weakest balance sheets, exposing the thin margin of error that came with too much cheap debt. “The virus shock” will leave at least 31 per cent of US companies needing fresh financing to keep operating for more than six months, Goldman Sachs analysts estimated last week.

Investors are punishing leverage and rewarding companies with the capacity to invest in products that customers value, from biotech stocks to Microsoft. If the mood lasts, businesses will have incentives to build up capital buffers and hand less of their free cash flow to shareholders than before.

Business leaders have talked a lot about social responsibility in recent years, sometimes claiming to be filling a vacuum left by dysfunctional governments. That flattering idea had the side benefit of helping justify why their missions did not extend to paying much tax.

Such talk has been cheap, because promises to pay more heed to other stakeholders did not discernibly dent shareholders’ short-term returns, but that looks set to change. After the crisis, financial resilience will need to feature more prominently in thinking about sustainability.

The private sector’s social responsibility right now is clear. It needs business models and balance sheets that can deliver on promises to employees, customers, governments and investors through the uncertain economy ahead, and whenever the next crisis hits.