Days after he was elected president of Colombia in June 2018, Iván Duque made it clear that he wanted technocrats, not politicians, to help him run the country. Most of the people he appointed to his cabinet had little or no political experience. For his minister of commerce, industry and tourism, he chose José Manuel Restrepo, an academic and newspaper columnist.

The two men barely knew each other. In 2016, they had both been guests on a TV show called Opposite Poles, in which they discussed economics. “It turned out our visions were not that different,” Mr Restrepo says. The second time they talked was in mid-2018, when the then president-elect called Mr Restrepo to offer him the job. He was impressed by Mr Restrepo’s studies into entrepreneurship and competitiveness, which he carried out while rector of Rosario University, one of Colombia’s best higher education institutions.

Mr Duque wants to be business-friendly and is banking on the private sector to boost the economy and spur development. Mr Restrepo’s ministry is therefore of special importance to him.

Its tasks include promoting trade, encouraging tourism and nurturing the creative industries, the last of which Mr Duque calls the “orange economy”; he sees its growth as essential if the country is to become less dependent on oil.

The Caribbean coast is crucial to Mr Restrepo’s goals. The region, he says, is a pole for development because “it is dynamic in terms of its GDP”, with growth rates between 5 and 7 per cent a year. “It has strong mining, agriculture and manufacturing sectors, more than 30 free-trade zones, and the country’s best port infrastructure.” That, he argues, makes it a great place for companies, both foreign and local, to set up a base.

Part of Mr Restrepo’s strategy is to get more tourism companies to invest in this part of Colombia. He and the president want foreign businesses to develop attractions — hotels, eco-tourism amenities such as trails, even theme parks — all along the coast. In return, the government promises to build public infrastructure around these developments.

The minister also sees the region as an “epicentre for industrial development for the country”. Cartagena’s Reficar, one of South America’s biggest oil refineries, has already become a magnet for companies that use petrochemicals to develop products. The region’s location, midway between Canada and Argentina, next door to the Panama Canal and accessible to Europe, benefits companies with an “import-export vocation”, Mr Restrepo says.

The region has more than 30 free trade zones, and the country’s best port infrastructure

He has high hopes that a set of tax incentives, laid out in a measure passed by congress in late 2018, will make the Caribbean coast still more attractive to foreign investors. Most of the tax reform “is focused on benefiting the private sector”, Mr Restrepo says. For businesses that develop tourism infrastructure, the government promises a 9 per cent income tax rate for seven years, and no taxes on shareholders’ dividends for 10 years. Thanks in part to this law, foreign direct investment in Colombia, in sectors other than mining and energy, has increased by 11 per cent over the past year, according to central bank figures. Several foreign companies have found a new home on the Caribbean coast; among them is Jumio, a US identity verification business that opened an operations centre in Barranquilla in 2018.

But the government’s policy hit a snag this month when Colombia’s constitutional court struck down the tax reform, ruling that there had been procedural errors in congress. Mr Duque — who has until the end of the year to fix the problem if the benefits are not to lapse on January 31 — has already sent the same draft bill that was passed last year to the senate. Though he lacks a majority in congress, the house has a history of supporting tax reforms that are fiscally responsible and analysts expect it to do likewise this time.

In the meantime, the government will continue to take other steps to make Colombia more competitive. Cutting red tape is one; Mr Restrepo has set up a programme to identify superfluous regulation. Called Simple State-Agile Colombia, it has made it easier for companies to process import permits and to hire Venezuelan migrants with professional degrees.

The moves are welcome in a country known for being overly bureaucratic. Mr Restrepo’s programme has helped Colombia climb up the ranks of most competitiveness indices. But improving competitiveness on the Caribbean coast will take more than just tax incentives and eliminating bureaucracy. The region also needs better road links and more highly educated workers to fill the vacancies that new and growing businesses will create.

Mr Restrepo has faith that its potential outweighs its flaws. “You have a region that is strong in its industry and agriculture, with logistical advantages for exports, and available human talent waiting to be developed.” That is a winning combination, he says.

This article has been amended since first publication to reflect the fact that Jumio’s Barranquilla operations centre is in addition to Jumio’s operations in Asia, rather than a replacement for them 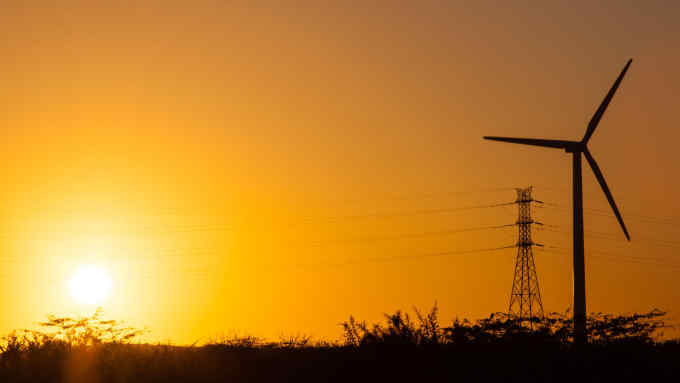