A foundation backed by Ikea, the Swedish furniture retail giant, has committed $250m to seed a sustainable equity fund designed by Osmosis, a specialist investment boutique.

The allocation by Imas, an €11bn foundation that invests on behalf of the charitable arm of Ikea, is the second large contract it has awarded to Osmosis.

The new Osmosis resource-efficient ex-fossil fuel fund aims to outperform the market capitalisation-weighted MSCI World index by investing in companies that score well environmentally. Around 170 constituents of the MSCI World index, which holds around 1,430 companies, have been excluded from the new Osmosis strategy. As a result, the portfolio’s exposure to both carbon pollution and water consumption is reduced by two-thirds and waste output by almost half compared with the MSCI index.

“The Osmosis strategy is a clever source of alpha. It should ultimately deliver outperformance over the MSCI World index,” said Lundin.

It is important when divesting from fossil fuels that cuts are also made to water consumption and waste creation, which are also environmental risks

Imas provided $270m in 2017 as seed capital for a sister Osmosis resource-efficient fund that also prioritises investments in companies with a good record on carbon emissions, water usage and waste. That fund has delivered cumulative net returns (after fees) of 54 per cent compared with a 50 per cent return for the MSCI World.

“It is important when divesting from fossil fuels that cuts are also made to water consumption and waste creation, which are also environmental risks,” said Ben Dear, who co-founded Osmosis in 2009.

Clean water is a scarce resource that requires energy for purification while huge amounts of plastic waste end up in the oceans or polluted landfills, causing damage to the natural environment. 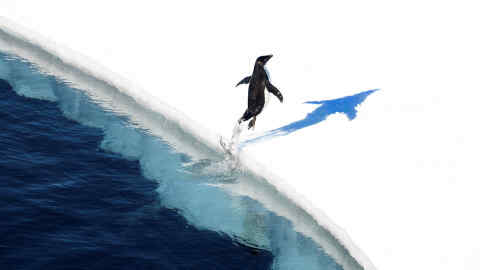 Although a rebound in oil prices from their depressed levels was possible as the global economy recovers from the pandemic, the longer-term outlook “looks bleak for companies involved in the carbon-based energy sector,” said Dear.

Osmosis, which counts the Oxford university endowment as both a shareholder and investor, now oversees assets of $2bn. It won its first Australian pension client in November after securing a mandate from the A$50bn Commonwealth Superannuation Corporation.

Climate change themed funds were among the biggest sellers in Europe last year as investors stepped up efforts to protect their portfolios from climate change risks.