Family businesses need youth on their side

Sign up to myFT Daily Digest to be the first to know about Howarth Timber Group Limited news.

For Alan Hughes, securing repeat sales for his family business is tough. The Whitechapel Bell Foundry, whose bells are installed everywhere from Big Ben in London to the National Cathedral in Washington DC, has a problem with the product’s durability. Mr Hughes points to the two bells at Westminster Abbey, which the company cast in the 16th century. “They’re rung at least once a day and there’s nothing wrong with them,” he says.

However, despite being more than 400 years old, Whitechapel Bell Foundry has found ways to innovate. When Mr Hughes travels to off-site sales meetings, he now demonstrates the sound of the company’s bells using cloud-based audio streamed via 4G mobile technology. “The quality of sound is amazing,” he says.

But if developing new digital tools is the foundry’s response to a changing world, technology is not the only thing family businesses need to adopt in order to retain an entrepreneurial culture.

In some cases, companies are being revitalised by their younger members, says David Wachtel, head of marketing, communications and partnerships at Endeavor, a US non-profit organisation that supports entrepreneurship.

In Mexico, he says, José “Pepe” Zaga Saba convinced the older members of his family’s business — Vicky Form, a lingerie, cosmetics and clothing company — to adopt an Avon-style sales force, department store sales, a chain of boutiques and provocative advertising campaigns. The strategy has helped position the company as Mexico’s leader in lingerie sales.

And in Colombia, after graduating with an MBA from Columbia Business School, Mario Hernández Pérez returned to Bogotá in 2006 to join Marroquinera, the luxury leather manufacturer and fashion retailer that his father started in 1978 with three sewing machines.

But while younger family members may have new ideas, their older relatives need to give them the freedom to put those ideas into action. “You have to have a younger generation that can understand new markets,” says Mr Wachtel. “But you also need the whole family structure to make that happen.”

Not all family businesses are following this principle. While 60 per cent of family businesses want their next chief executive to be a family member, they rarely involve the next generation in strategic decisions on innovation and entrepreneurship, according to a report published recently by the UK’s Institute for Family Business.

“Some firms didn’t seem to be doing as much as they could to incentivise innovation,” says Mike Wright, professor of entrepreneurship at Imperial College Business School, who was one of the report’s authors. 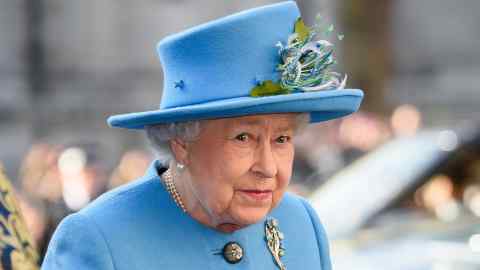 The report also found that most innovation in UK family groups was focused on improving existing products and entering new markets, rather than exploring new technological fields.

Meanwhile, at a time when many young people aspire to be entrepreneurs, businesses may find that their children prefer the idea of launching their own enterprise than joining the old family establishment.

This change is pronounced among Chinese families in Asia, says Morten Bennedsen, professor of family enterprise at Insead business school. He says families send children abroad to get an international education and then they often return with new expectations and less inclination to join the family business.

Even so, families can make it more attractive for the next generation to stay in the business by creating opportunities for entrepreneurship and innovation within the organisation.

Prof Bennedsen cites French family Mulliez, which started in textile manufacturing and owns retail stores. “They provide incentives for each new generation to go out and start companies supported by all the family assets, which is the capital, the networks and the experience,” he says.

Video: How to survive in family business

Families have several options when it comes to providing the younger generation with opportunities to become entrepreneurial. “Some might have a fund to help the next generation create new ideas,” says Prof Wright. “Another way is to ringfence a subsidiary in the firm that’s run by the next generation.”

The IFB report highlights examples of family businesses that are succeeding in building an entrepreneurial culture. At Manchester-based HMG Paints, fourth-generation family members are given projects ranging from working overseas to developing an online marketing strategy.

Of course, despite their best efforts, families may still find their younger members deciding to go it alone. New expectations for work-life balance and competing opportunities for entrepreneurship outside the business will all have an effect on families’ ability to engage the next generation.

“I would expect fewer transitions from entrepreneur to family business in the future because of changing social trends,” says Prof Bennedsen. “But that may be a good thing because those who continue that process will do so because they want to and because they’ll be more engaged and capable.”