Anyone who has played the computer game The Sims will know the hours of enjoyment that can be had when designing your own home. Walls can be shrunk or expanded, choosing from a stone or wood exterior is simple and a floor can be added with a few clicks.

This level of customisation may no longer be confined to virtual reality thanks to the arrival of companies that create bespoke homes for customers without the need for an architect.

One such start-up is Higharc, which says it wants to “reinvent home design for the digital age” by using iterative design processes to create tailored 3D building plans. The US-based group uses techniques from the fields of computer-aided and generative design, where algorithms do the modelling. Automation is not only becoming entwined in the daily running of our cities but also assisting in their design.

Marc Minor, Higharc founder and chief executive, says his company’s system is “faster than existing best-in-class design software for homes. While the buyer or builder sees a simple 3D model, there are sophisticated algorithms behind the scenes continuously determining crucial details that typically take hours of manual effort.”

Many new buildings are expected to be “smart”, with automated processes controlling operations such as lighting, security or heating. They can collect and manage data to optimise space, minimise environmental damage and cut energy use. The global smart building annual market is forecast to rise from $61bn to $106bn in five years, according to research by MarketsandMarkets.

“We are just on the cusp of the way we use data,” says Dale Sinclair, director of technical practice and architecture at Aecom, an engineering group. “Architects haven’t yet done enough to explore how data can drive smart cities.”

Too often the planning of homes and neighbourhoods is focused on developer profits, says Mr Sinclair. This misses the long-term value for communities found in planning approaches such as new urbanism, an ideology that promotes the creation and restoration of compact, walkable, mixed-use cities.

“As architects, it’s important that we take advantage of new possibilities and tools that arise,” says Pamela Wallgren, co-founder of Finch 3D, another start-up bringing automation technology to the sector. “These decisions are best made by architects and software like this will help them make even more informed decisions.”

Finch 3D — whose software automates repetitive tasks and guides architects through the design process using simulations and artificial intelligence — is conducting a pilot in Sweden and hopes to raise money to fund expansion in the US, UK and Brazil. Ms Wallgren says Finch 3D’s software will allow professionals to spend more time on creation and make design evaluation easier.

Opportunities already exist for architects to work with developers using automation and AI in improving suburban development. Smart buildings and cities require computers to design complex systems with thousands of parameters in play. The skills of an architect are still important in visualising the design concept and deciding whether the modelling suits reality, says Mr Sinclair.

A former vice-president of practice at the Royal Institute of British Architects (Riba), Mr Sinclair says the teaching of AI and other advanced technologies is already occurring and students are embracing this. For example, he says there has been an uptake of AI tools in the submissions that Riba receives for its annual gold medal prize, awarded for significant influence on the advancement of architecture.

Some established architectural firms already use automation to assist with complex structural analysis, design and exploratory work. Developing ways for architects to express their design intent and client goals in ways they are familiar with, such as drawings, is prioritised. It is possible for design engines to handle tasks using architectural heuristics (such as hallway width or room sizes), built-in code and 3D visualisation.

However, the increased adoption of technology in architecture has raised concerns in some firms, with fears that the automation of construction information will force them to win more projects to survive.

But as mundane tasks become automated, technological advances create opportunities for architects to combine their skills with data to shape the future of smart cities, says Ms Wallgren.

“A lot of great buildings have been designed with nothing more than a pen and a piece of paper,” she adds. “The difference now is that we can get instant feedback on their performance.” 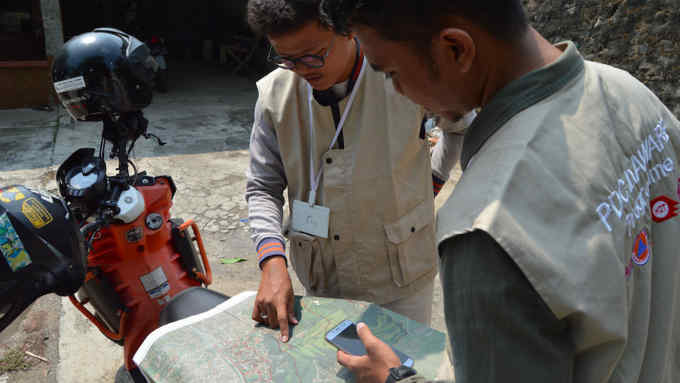