Chinese and US executives worry after Huawei CFO’s arrest

The arrest of Huawei’s chief financial officer has sparked concern among US and Chinese executives, alarmed that they could be the next targets in the increasingly tense relationship between the two countries.

Meng Wanzhou, the daughter of the telecoms group’s founder and the granddaughter of a Communist party veteran, was detained at Vancouver airport last week following an extradition request by the US over allegations of violating Iran sanctions.

Ms Meng’s arrest has made her the public face of the friction between Beijing and Washington and sent a chill through the ranks of China’s top executives. Although Chinese media has downplayed the extradition request and censors have erased defiant comments on social media, Ms Meng’s detention has raised the stakes in the dispute between the world’s biggest economies.

They looked at Russia, with the travel ban and asset freeze in the US. They are worried how it hits them

“There’s a lot of concern among well-connected Chinese, or Chinese executives of companies that the US has criticised,” said Shaun Rein, managing director of CMR China, a market research group. “They feel it is a step too far, that it is targeting individuals.”

Over the past year, Beijing has tried to tamp down public discussion of the trade tensions to give the leadership more leeway to respond to US demands. Instead, it has tried to woo American executives to press for a resolution and maintain the stream of investment into China.

William Zarit, head of the American Chamber of Commerce in Beijing, did not think there would be direct reprisals by the Chinese government against US executives. “They don’t want to kill the goose that lays the golden egg and they don’t want to send a negative message to third country investors,” he said.

On Friday, some US-based Cisco employees received an email asking them to suspend non-essential travel to China. The company later said that this was “sent in error to some employees” and does not reflect Cisco policy. “We have not implemented restrictions on travel and normal business travel to China continues.”

However, China’s foreign ministry said: “China always protects the legitimate rights and interests of foreigners in China. But they should also abide by all Chinese laws and regulations.”

The rapid escalation of the dispute has angered and worried Chinese business and politicians. Some among the political elite have expressed concern to President Xi Jinping that the tensions were hurting their personal interests, two people familiar with the issue said.

News of the arrest of Ms Meng came in the same week that Patrick Ho Chi-ping, head of a think-tank affiliated to a finance-to-energy company, was convicted by a US court of bribing African leaders.

“If Washington is now in the business of nothing short of taking hostages in the form of detaining business executives, not just in Canada but potentially anywhere in the world, for the purpose of having them extradited on to US soil and tried for sanction violations there, what Chinese businessman is going to travel any longer, not just to the US but any jurisdiction that would be minded to easily kowtow to the forces in Washington?” wrote Roland Hinterkoerner of Expertise Asia, a corporate consultancy.

When anxious Chinese asked the Ministry of Commerce for guidance, it said it “wasn’t clear on the circumstances”, according to a consultant who contacted the ministry on behalf of private company heads. Huawei is greatly admired among private Chinese companies, who see it as a standard bearer for the country’s drive for technological advancement.

State-owned companies, for their part, have been tiptoeing around US rules to avoid triggering sanctions that could hurt their ability to raise capital in western markets. Those that do business with Iran have tried to structure operations to avoid sanctions, mindful of the example of Russian oligarchs who have had their travel and financial dealings restricted.

“They looked at Russia, with the travel ban and asset freeze in the US. They are worried how it hits them,” said Joerg Wuttke, former head of the European Chamber of Commerce in Beijing. “There was anxiety already.” 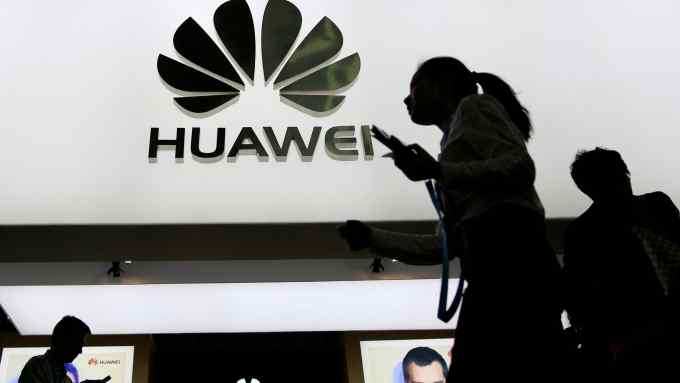