Visitors are pouring in — but can the coast cope?

Sign up to myFT Daily Digest to be the first to know about Travel & leisure industry news.

Starting in the late 1500s, the Spanish empire built fortified walls around its most important port cities in the Caribbean to protect them against English pirates. Most were made out of coral stone and some were added to and reinforced over two centuries. In the early 1900s, many of these cities, now part of independent republics, started to tear the walls down to make way for more modern developments. Cartagena, once a key settlement on Colombia’s Caribbean coast, was too poor to destroy its 6m-thick walls — much to the chagrin of the locals, who saw what the Spanish had built as a curse that stood in the way of modernisation.

What was once a curse has now become a blessing. Today, Cartagena’s walls and colonial city, the best preserved in all of the Caribbean, attract millions of tourists a year. Backpackers and luxury travellers flock to hundreds of bars, restaurants and hotels, most of which have opened in the past decade. The city is a popular wedding spot, and has become the leading honeymoon destination in South America. At least 19 per cent of the workforce is directly employed by the tourism industry.

Cartagena’s success is now spilling out to the rest of the coast. Local tourists started to visit the region in the early 2000s, when the government organised army-escorted convoys that made Colombians feel safer as they crossed their guerrilla-infested country. International tourists were harder to attract. Few wanted to visit a country that was home to the western hemisphere’s longest-running armed conflict.

That started to change as the government negotiated a peace deal with its Farc adversaries. More than 2.7m foreigners visited the country last year, a 20 per cent increase since 2016, when the deal was finally signed. Iván Duque, Colombia’s president, expects that number to keep growing; his government wants tourism to become “Colombia’s new petroleum”. In the Caribbean, it is offering extensive tax breaks to lure foreign investors capable of building the necessary infrastructure.

The Caribbean coast is the second most visited region in Colombia, after the central area around Bogotá and Medellín. More than 500,000 international visitors flew in between January and August this year, according to the ministry of industry, commerce and tourism. In the past 10 years, the number of hotel rooms has increased by 189 per cent and the number of overseas passengers arriving on scheduled flights has more than doubled since 2012.

After Cartagena, Santa Marta and Barranquilla are the two most obvious destinations for visitors, each offering different experiences. Santa Marta is popular among nature-lovers. The Tayrona national park, with its white sand beaches and more than 300 bird species is just 15km away; also close by is the Sierra Nevada de Santa Marta, a mountain range whose highest summit is 5,700m above sea level. Within the range lies the Ciudad Perdida (or Lost City), a remote and well-preserved archeological site some 600 years older than Peru’s Machu Picchu.

Barranquilla has had to work harder to sell itself. It is a modern industrial port whose main tourist asset is the Barranquilla Carnival, a four-day festival of extravagant costumes, salsa and latterly reggaeton, which attracted more than 300,000 spectators this year. Beyond that, it is not over-endowed with attractions. To compensate, the city has bet on becoming Colombia’s top destination for business travellers.

In 2017, it built the region’s first fair and exhibitions venue in order to attract both national and international events. According to ProBarranquilla, an investment promotion agency, 105 events have either taken place or been confirmed between 2017 and 2021, bringing in more than 100,000 visitors, who are expected to spend some $45m while in the city. Next year it will welcome visitors to the Inter-American Development Bank’s annual meeting with a new glass-clad convention centre.

Sport is also part of its strategy. Last year it hosted the Central American and Caribbean Games, rebuilding or refurbishing a number of venues in order to do so. In 2027 Barranquilla hopes to host the Olympics-affiliated Pan American Games, following on from Lima, Peru, this year and Santiago, Chile, in 2023.

The Caribbean coast’s beaches are on the tourism trail. Luxury resorts have opened around Tayrona national park and on the Rosario Islands. Just an hour away from Cartagena, these were once monopolised by wealthy costeños, as the coast dwellers are known, and drug lords, who built mansions and insisted that the islands were off limits to anyone else. After 2010, a series of court rulings established that the islands were in fact state property, opening the way for a spate of hotel developments.

In order to keep visitor numbers growing, Mr Duque’s government is betting on eco-tourism. “Our star products are based on nature, adventure and cultural tourism,” says Gilberto Salcedo, vice-president of tourism at ProColombia, a government agency tasked with promoting foreign investment and raising the country’s profile. To enjoy those products, tourists must look beyond Cartagena or Barranquilla — to the western department of Córdoba, perhaps, where they can picnic among the sloths that flourish there, or to La Guajira in the east, where they can survey star-filled desert skies from a hammock.

In order to keep visitor numbers growing, Duque’s government is betting on eco-tourism

Eco-tourism, Mr Salcedo says, will also help Colombia preserve its biodiversity. He points to Africa’s safari businesses as an example of how the travel industry encourages communities to preserve their natural assets.

But the reality sometimes falls short of these aspirations. In the Rosario Islands, beaches are dotted with plastic bottles, while nearby coral reefs have been devastated by factors such as beach developments and the passage of tourist launches. In Cartagena, nightclub owners have lobbied the mayor’s office to postpone a zoning plan that would push them away from the historic centre. Tourists, meanwhile, complain that they pay hundreds of dollars a night for luxury hotels, only to be kept awake by loud music from clubs. “The district is blind,” says a local activist who wants the local government to take steps to preserve the colonial city. “It sees the historic centre as a sort of Disneyland.”

José Manuel Restrepo, minister of commerce, industry and tourism, says the government is hoping to pass legislation on sustainable tourism, with measures including limits on the number of tourists some places can receive each year. So far, however, no such bill has been taken to congress, while the industry continues to grow fast. The country has only a limited amount of time to ensure that it is both profitable and sustainable. 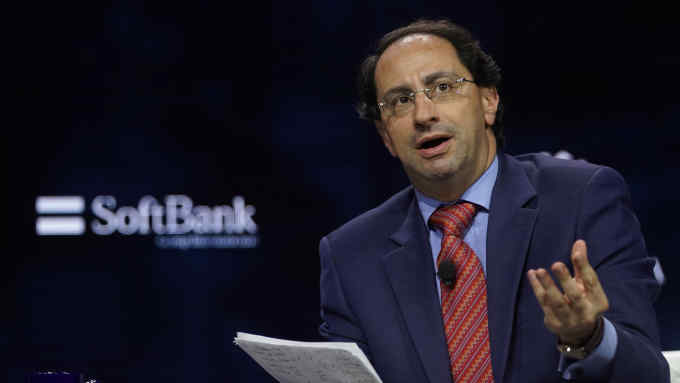