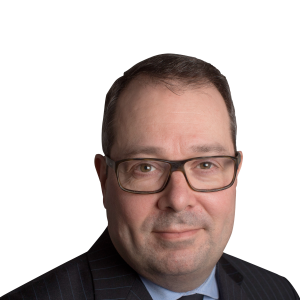 “So, how was your holiday?”

It is a question that most Britons will answer with “good, thanks, although the weather/food/hotel was a bit [insert adjective conveying mild disappointment]”. Occasionally, some will insist on sharing unnecessary Facebook photos of unnecessarily sunburnt faces. But no one would ever reply: “Oh, the Gatwick Wetherspoon’s was a real hidden gem, and the flight to Palma a truly uplifting experience.” And that is one reason why Thomas Cook is selling its airline business.

In the same way that no one ever buys seven nights in Majorca in order to spend two hours on a Boeing 737, the travel group thinks no one buys its shares in order to own an airline. Especially an airline with a 3.7 per cent operating margin. They buy Thomas Cook’s shares because they think it can open more own-brand hotels with a 14 per cent operating margin. And that is the other reason why Thomas Cook is selling its airline business.

In the same way that Brits with maxed-out credit cards can’t afford chichi holiday resorts, the travel group can’t afford to invest in hotels with £1.6bn of net debt on its balance sheet. But selling all or part of its airline business could help pay down this debt without requiring an equity fundraising — and leave capital for investment. This prospect had Barclays analysts sounding like a stag party applying aftersun before a Balearic beach party: “Relief (balance sheet), Excitement (airline strategic review).”

For many, then, the big question about an airline deal is “Cuánto cuesta”? Thomas Cook’s airline business comes with attractive landing slots at capacity constrained airports, such as Frankfurt and Gatwick. It also comes with 9m seats a year — 45 per cent of capacity — booked by Thomas Cook leisure customers. It is therefore likely to appeal to the likes of easyJet and Ryanair. But it has also diversified into long haul. So it might attract Lufthansa and IAG, too. Applying an earnings multiple near the average for these rivals gives a valuation of £1bn-£1.5bn. But applying the highest enterprise value to sales multiple got one analyst to £3.2bn.

That would more than enough to repay net debt that currently peaks at £1.6bn in winter — when costs have been incurred but bookings not yet secured — before falling to nearer £400m by the financial year end. Several hundred million should be left for hotel spending money.

But before investors order up the pina coladas, a couple of sobering thoughts. Thomas Cook will need to do an airline deal that brings co-operation from the new owner — to keep flying its holidaymakers to Palma and beyond. That may bring the proceeds down to nearer Citi’s £630m sum-of-the-parts valuation. Then it will find itself as a pure tour operator selling holidays in a price-war zone. Thomas Cook had been cutting capacity to lift prices. But earlier this week, rival Tui indicated it would slash prices to protect market share. Wish you were here? Investors might answer: “Not yet.”

No one appreciates an invitation at very short notice — particularly from a neighbour. It merely indicates that you were not on the original guest list, suggests your host felt duty-bound to include you at the last minute, and leaves you scrambling around to find something to bring to the party. All of which might explain why the spat between Soho property group Shaftesbury and shareholder Samuel Tak Lee — owner of the neighbouring Langham Estate — has just escalated.

Ahead of Friday’s annual general meeting, Mr Lee has indicated that because of concerns over Shaftesbury’s December 2017 share placing, he will not only vote his 26 per cent shareholding against future fundraisings but oppose resolutions approving directors’ remuneration and re-appointment.

His dislike of share placings, which dilute the holdings of those not invited to take part, is longstanding. He has previously suggested that the 2017 placing, in which he reluctantly participated, was not necessary to fund the property deals the group was pursuing. Shaftesbury, however, insists it was, in order to avoid taking on more debt, and increasing its loan-to-value ratio.

Other investors — notably the company’s second-largest shareholder Norges — also seem to be comfortable with the way the fundraising was conducted. Shareholder advisory groups ISS and Glass Lewis have both recommended that investors vote in favour of Shaftesbury’s resolutions at the annual meeting.

But might Mr Lee’s annoyance be based on the fact that other participants were invited to the placing well in advance?

Lombard hears that Norges was given an opportunity to take part a month before, while Mr Lee’s Langham business may have received less than 24 hours notice. Given that it was going to cost Mr Lee about £60m to join the party, and maintain his 26 per cent stake, he might have appreciated more time. It is not quite as easy as dashing to the cashpoint, the dry cleaner and the off-licence.