Asset manager Cathie Wood is defending Ark’s strategy of buying more of the biggest holdings in its flagship fund as they fell sharply earlier this month.

Speaking on Tuesday as Ark’s $20bn Innovation exchange traded fund clawed back some of its recent losses, Wood said: “Averaging-in is a very successful strategy.”

“These are usually good buying opportunities,” she said during the asset manager’s monthly webcast. “We don’t look forward to them, but we know that our long-term returns are galvanised by these risk-off periods.”

The Innovation fund rebounded 10.4 per cent on Tuesday after falling nearly one-third from its record high in mid-February. The fund rallied 150 per cent in 2020 and was up by one-quarter for 2021 before technology shares began falling sharply in conjunction with rising bond-market interest rates.

The bull market is broadening and becoming stronger

A higher 10-year interest rate reduces the value of expected future cash flows for fast-growing companies. Ark’s five main exchange traded funds that are actively managed have been hit hard by investors selling tech and buying cyclical stocks such as energy and financials in recent weeks.

“The rotation trade took off with interest rates in the past few weeks,” said Wood. “What has happened from our point of view is a massive rotation into value.”

Ark’s chief executive said the shift reminds her of the period from late 2016 when the surprise election of Donald Trump as US president spurred higher growth expectations from tax cuts and more spending for cyclical stocks. “Growth and innovation growth stocks sold off. Feels a little bit like that move.”

The sharp pullback in Ark has not spurred a big retreat from investors who piled into its funds earlier this year, surprising Todd Rosenbluth, head of ETF and mutual fund research at CFRA Research. “Ark are adding to positions when the market sells off and so far investors seem to be sticking with them and taking a longer-term view,” he said.

Among the stocks favoured by Ark during the tech sell-off have been Tesla. The electric car marker’s shares rose 19.6 per cent on Tuesday after suffering a 36 per cent drop from its peak in late January.

Tesla remains the largest holding in three of Ark’s ETFs — at around one-tenth. The asset manager has in recent weeks also boosted other big holdings, including Teladoc, Zoom, Square, Roku and Zillow. 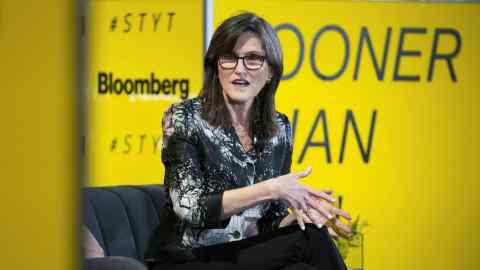 “Typically we buy our high-conviction names,” Wood told the webinar audience. “We are selling our lower-conviction stocks. That creates losses, which we can take against future gains and is tax efficient for us.”

Ark expects a V-shaped economic recovery. Wood said there was still a lot of cash on the sidelines, valuations were more reasonable and there was a strong profit recovery coming this year.

“Looking at this combination, we feel pretty good about the equity market,” she said. “The bull market is broadening and becoming stronger.”

Explore the series
READ MORELatest news on ETFs
How can I make my Isa more ethical? 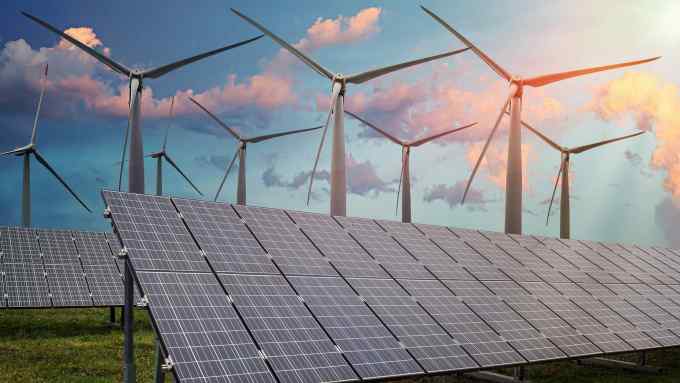