People have fought over family wealth throughout history, though conflicts are rarely as dramatic as Hollywood would have us believe. The plot of the 2019 hit film Knives Out, for example, follows a dysfunctional family whose members are all implicated in the death of their patriarch.

Few people kill for an inheritance, but it only takes one disgruntled family member to throw estate planning into disarray. And, with the pandemic increasing the financial pressures on families, many bereaved people are contesting wills. The rise of blended families — those made up of different families brought together over time by new relationships — means personal finances are much more complicated than they used to be.

“Choosing who will inherit your wealth and how much money they will get can be hard enough for even the simplest families,” says Natasha Stourton, a partner in the trusts, estates and inheritance disputes team at law firm Withers Worldwide. “But when there are stepchildren involved as well as adoption and surrogacy issues, there are many more opportunities for conflict.”

The will-making process is more challenging for those with blended families because sometimes the beneficiaries are not on good terms with each other. “Relationships change over time, so you cannot guarantee that the position between beneficiaries will be the same when you die as it was at the time a will was made,” says Alison Parry, a partner at JMW Solicitors. While it is natural to hope family members will remain on good terms, it is important to protect each beneficiary at what is a difficult time, she adds.

Lawyers say people are often torn between leaving money to their spouse and to their children from a previous relationship. When a parent dies, this tension often leads to fierce disputes between family members if they think the will is not even-handed.

A will should set out the wishes of the testator (the person leaving a legacy) quite clearly, but it can still be contested. In July, it was reported that actress Elizabeth Hurley’s 19-year-old son Damian had been denied a £180m share of a Bing family trust. He had been fathered out of wedlock by Steve Bing, who died last year. Bing’s father won a legal challenge in the US that sought to exclude from the trust Bing’s children born out of wedlock.

A will can also be challenged depending on where the beneficiaries are deemed to be domiciled. In England and Wales, a person can leave assets in a will to whomever they wish, but this rule does not apply globally and differs between jurisdictions. Many countries — for example, Scotland, most countries in Europe (including France, Spain and Germany) as well as Saudi Arabia, Brazil and Argentina — do not allow complete freedom to choose beneficiaries. Instead, they operate by the principle of forced heirship, which means a certain portion of the estate must be left to next of kin — spouse, children, parents and so on — giving them a guaranteed minimum level of protection of their inheritance. Lilly Whale, a private client solicitor at law firm Goodman Derrick, says English law can provide more flexibility for blended families. “Given the principle of testamentary freedom in England and Wales, a testator is, by law, free to leave their estate to their stepchildren if they so wish, without being obliged to provide for their blood children,” she says.

However, the rules in England and Wales are not foolproof, she adds, as the Inheritance (Provision for Family and Dependants) Act 1975 provides a mechanism for a spouse, child or people treated as children or dependants to bring a claim against the deceased’s estate where they are left without reasonable financial provision. “The claimant has to show that they were maintained by the deceased prior to their death either financially or in other ways, such as receiving frequent gifts from the deceased or living in the home rent-free,” says Whale.

One example of a claim under the act concerned the £98m estate of singer George Michael, who died in 2016. Michael’s former partner, Kenny Goss, sued his estate on the basis that he had been left out of the will. The claimant and Michael had not been in a relationship at the time of Michael’s death, but Goss brought the claim because Michael had continued to support him financially. The case was settled out of court, so the settlement agreement was confidential. But it is a reminder, says Whale, “of the need for testators to seek proper advice from professional advisers at the time they make their will to avoid their loved ones engaging in potentially costly and distressing litigation after they are gone”.

In France, forced heirship rules make it clear that all children are entitled to a slice of their parents’ estate and cannot be disinherited. “Where a family has international assets, we would strongly recommend that advice is sought in each jurisdiction because the rules vary enormously,” says Abigail Bird, a partner and head of the legacy team at law firm Laurus. “For example, if a family has interests in France, two wills should be written, one in France and one in England and Wales.”

Further uncertainty can arise where a will complies with the law in England and Wales but a conflict arises with another jurisdiction’s laws. “The courts will generally follow the succession laws of the country where immovable property assets are situated, which adds an extra dimension for the blended family, where the right to inherit may not be clear cut,” says Yvette Jacobs-Lee, a tax partner at accountancy firm Moore Kingston Smith.

The case of turkey tycoon Bernard Matthews highlights the interaction of varying provisions in different jurisdictions. Matthews died in 2010 at the age of 80, estranged from his wife. His English will left the bulk of his £50m estate to his sole biological child, but he also lodged a French will to leave a £12m villa (that was part of that estate) in Saint-Tropez, France, to his long-term partner.

Matthews is reported to have hoped that the three adopted children from his marriage, all of whom held substantial assets in their own right, would accept his French will and he left a letter of wishes to that effect. “Instead, his adopted children asserted their rights under French succession rules to claim their share of the villa, to the detriment of Matthews’ partner and against his express wishes,” says Jacobs-Lee.

The issue of family members in multiple jurisdictions is further illustrated by another case in France, this one involving a high-profile musician living in the US: French rocker Johnny Hallyday. When he died in 2017, his estate — valued at about €34m — was bequeathed to his fourth wife and their children under a Californian will, excluding his children from an earlier marriage. Those children challenged the will on the basis that he was in fact resident in France, not California as he had claimed, and therefore French rules should have applied.

Andrew Godfrey, a partner at law firm Russell-Cooke, is also chair of the Society of Trust and Estate Practitioners’ cross-border estates group. “French (and European) cross-border succession rules would have deemed French rules to apply — and given all his children a share,” he says. “This case caused a public outcry in France. Social media records were even looked at to try and determine the position of where he spent time. In the end, and at the court’s suggestion, the family members have settled their differences.”

Formal agreements aside, the key to avoiding high-profile feuds is for families to discuss openly what they want to happen to assets in the event of a marriage breaking down, legal advisers say. “It is extremely important for couples within blended family arrangements to discuss the proposed terms, not only with their new partner but also with their children and stepchildren so everyone is clear about what is being included and why,” says Charlotte Coyle, a family solicitor at Goodman Derrick.

Others agree and say estate planning is not complete until it is communicated to heirs. “It is ideal to have proactive, ongoing, inclusive conversations about your wealth transfer intentions — to seek input from your family, explain your thinking, invite questions, and be open to potential changes,” says Jill Shipley, head of family governance and education at Tiedemann Advisors in the US. “Planning for and discussing your wealth transfer intentions becomes increasingly more difficult and complex based on your family tree, the nature of the wealth — liquidity, shares of a private operating business, generational trust assets, property and so on — and the citizenship and tax implications of the parties involved.”

Inheritance
Making a will: 10 things you should know 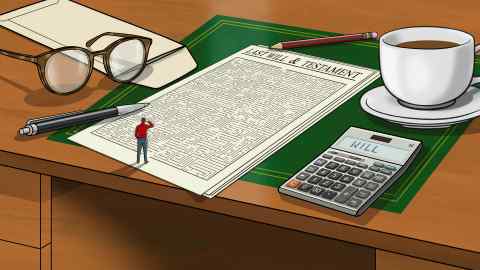 Shipley says, in her experience, families in Europe, the UK and Israel, for example, are less comfortable talking about money than in the US — and, even there, it is still rare and difficult. However, she says it is important to talk about wealth transfer before it is too late. “I have had clients say, ‘I do not want to deal with them being mad at me. Once I am dead, I will not have to deal with it.’”

But lack of communication frequently leads to sibling rivalry and other family infighting, and even lawsuits that inflict a huge financial and emotional cost on a family. “It often takes sharing horror stories of the train wreck that ensues, when people don’t discuss plans, before they understand the power of communication,” says Shipley. “Most care about their family’s relationships after they are gone and, if that is not motivation enough, the idea of having the wealth wasted in lawsuits can [encourage] transparency.”