If US central bank could turn back time, it might have acted differently after financial crisis

Several years after the worst of the great recession, the Federal Reserve embarked in late 2015 on a cycle of interest rate increases to normalise its monetary policy stance and stave off a potential rise in inflation.

On Thursday, the US central bank signalled that if could turn back the clock, it might have acted differently, setting off on a new course that will entrench expectations that the Fed will keep interest rates near zero for years.

In a virtual speech at the annual Jackson Hole conference, Jay Powell, the Fed chair, jettisoned the central bank’s longstanding policy of pre-emptive tightening to prevent a spike in consumer prices.

Mr Powell said the US central bank would allow inflation to exceed its 2 per cent target for periods of time in order to make up for past shortfalls, while accepting that unemployment could move much lower than it had in the past without stoking higher prices and wages.

The dovish shift implicitly acknowledges that the Fed’s interest rises in the past decade were at odds with the economic reality of slow growth, strong global disinflationary pressures, and plenty of labour market slack even at low unemployment rates.

The FT ViewThe editorial board
The Fed’s welcome inflation evolution

The move also underscores the determination of the US central bank to keep rates near zero, possibly for years, to help the economy recover from the coronavirus-induced recession.

“The question is will this led to a replay of the 1970s when inflation got out of hand, or will it will resemble the 1930s, when the Fed needed to jettison its nominal anchor to aggressively offset the Great Depression?” said Gary Richardson, a professor of economics at the University of California at Irvine and an expert on Fed history. “Hopefully, we’ll be somewhere in between. A happy medium.”

The Fed’s strategy change came as a result of a review of its monetary policy framework that began in early 2019, and was mostly settled before the pandemic hit. The Fed postponed the rollout of its conclusions, but in a way, it has already been operating under the new philosophy.

In July 2019, the Fed began cutting rates in response to the US-China trade war, partially reversing increases introduced the previous year — and showing little fear of inflation even though unemployment was historically low.

As Covid-19 spread across the US in March, the Fed brushed off concerns that shortages could lead to higher prices. It determined that the pandemic would be a disinflationary shock, and slashed interest rates to zero.

The essence of the shift is that the Fed will no longer have a standing 2 per cent inflation target, which has seemed consistently out of reach in recent years, but rather an average inflation target of 2 per cent that serves to “make up” for previous bouts of low inflation. The Fed did not specify over what time period inflation would be averaged, but Mr Powell said any overshooting would be “moderate” and would not last for long.

Krishna Guha and Ernie Tedeschi, analysts at Evercore ISI, wrote in a note to clients that they view the shift as “momentous and risk-friendly”, saying it “takes the world’s most important central bank beyond the inflation targeting framework that has dominated global monetary policy for a quarter of a century”.

The Fed has also come to embrace the idea that in this environment it can allow unemployment to head much lower, without adverse consequences on consumer prices, but with significant benefits for low-income and minority communities.

“In short, a tight labour market is not a ‘deviation’ that needs to be remedied, but an outcome that the [Federal Open Market] Committee is seeking to achieve,” said Steven Friedman, senior macroeconomist at MacKay Shields.

One immediate issue for Fed watchers is how rapidly the new strategy will translate into more detailed forward guidance by the FOMC. For weeks, Fed officials have been debating whether to tie any future interest rate increases to specific macroeconomic indicators, including inflation, but have not made a decision.

“This next step is essential — the committee needs to follow up its words with action,” Mr Friedman said. “Absent policy action, the committee’s commitment to above-objective inflation outcomes could immediately be called into question.”

Even so, investors have expressed scepticism about the Fed’s capacity to generate inflation. Despite enormous monetary support by central banks since the global financial crisis, inflation has remained low.

“Inflation will not be any easier to generate now than it was then,” said Mark Holman, chief executive at TwentyFour Asset Management. “This tweak only kicks in when inflation does pick up, and we know how difficult that has been.” 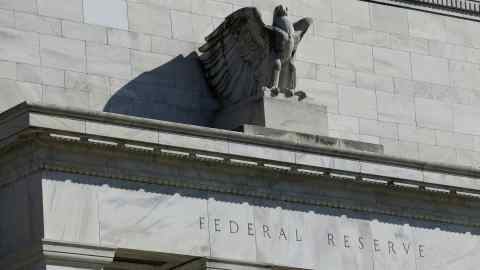 Only in 2018 has the Fed’s favourite inflation gauge — core Personal Consumption Expenditures — risen above its 2 per cent target in the past five years. The most recent reading indicated that core prices, which exclude volatile items such as food and petrol, edged only 0.9 per cent higher on a year-on-year basis in June.

Market measures of inflation expectations point to a subdued outlook, with the 10-year “break-even” inflation rate, which is derived from prices of inflation-protected government securities, hovering at 1.74 per cent.

Jonathan Golub, chief US equity strategist for Credit Suisse, said he saw parallels with Japan and its longstanding struggle to revive its economy and generate inflation.

“We’ve had 30 years of Japan doing very, very aggressive policy, and you didn’t get either inflation or growth there,” he said. “Why do we believe we are going to be different?”

Remember not to bet against the central bank / From Cathal Rabbitte, Villars-sur-Ollon, Switzerland