UK Brexit turmoil changes the tone of other EU opponents

The UK’s departure from the EU, if it goes ahead on March 29, will put into reverse a wave of European integration that began in the 1950s and developed the world’s biggest and deepest cross-border market.

While the pace of change depends on what kind of agreements are forged between the UK and EU, when Britain leaves the union it will start the kind of peacetime demerger not seen since the break-up of empires, unravelling common courts, laws and institutions.

Much remains to be decided on the direction of Brexit, but new barriers to trade, the flow of capital and movement of people are almost certain to arise between the UK and its main trading market. Europe’s experiment in sovereignty-sharing and supra-national government will become a working example of deglobalisation.

For nationalist politicians hostile to Brussels, the push for independence is something to celebrate; to liberal pro-EU politicians such as Jean-Claude Juncker, the European Commission president, it is a historic mistake that will be remembered as a “tragedy”.

Brexit Britain would have more power in some areas to make laws, notably over immigration, at least according to a draft UK-EU declaration on future relations. It would come at a price, however: every scenario, except continued EU membership, will carry an economic cost, according to official UK figures. Government economists have said the UK economy would be 3.9 per cent smaller after 15 years under Theresa May’s Brexit plan; a no-deal exit, meanwhile, would cause a hit of 9.3 per cent.

Even if a new trade agreement is secured, there may be little to celebrate. Fabian Zuleeg, chief executive of the Brussels-based European Policy Centre think-tank, has compared the final outcome to “the worst trade deal in history” since it would include only costs from disintegration. 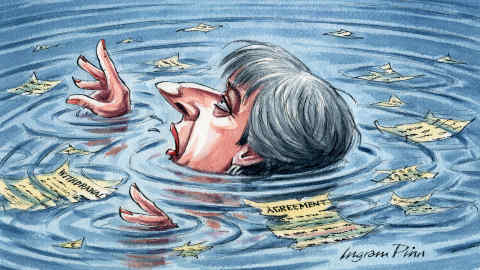 Estimates suggest the economic fallout will be far smaller for EU member states, with the notable exception of Ireland. But the political shock of Brexit is still an important setback for a union struggling with the legacy of the financial and migration crises. The challenge of negotiating Brexit has forged a sense of unity in adversity, and dispelled concerns of a domino effect in the wake of the UK’s 2016 referendum. It remains to be seen, though, what the lasting effects of losing one of Europe’s top three economies and military powers will be.

The UK’s impending departure has already changed the EU to some extent. A senior EU official says the 27 leaders have “psychologically moved on”, while the influence of the UK on the daily legislative business of Brussels institutions is a shadow of what it was.

Countries that relied on the UK defending free markets, liberal competition policy and a smaller EU budget have forged new alliances to make their voice heard. Most notable is the New Hanseatic League of fiscally conservative northern states — the so-called “bad weather coalition”.

France, Germany and the commission, meanwhile, have based future reform efforts more explicitly on the platform of the eurozone, with less concern paid to the rights of member states outside the single currency (long a UK priority). “The euro must become the face and the instrument of a new, more sovereign Europe,” Mr Juncker said last year. 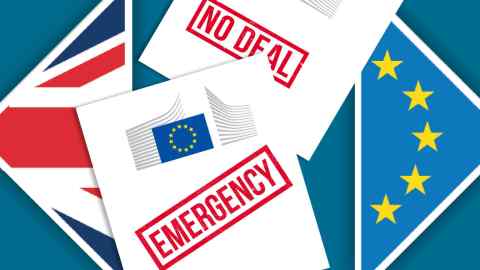 Finally, the UK’s struggles to negotiate Brexit, or to find a national consensus about its future direction, have transformed the narrative adopted by anti-EU politicians in the EU. Populists have made headway since 2016 — notably coming to power in Italy and Austria — and are expected to make a strong showing in May’s European elections. According to polls, however, public support for the EU has increased.

Meanwhile, nationalist parties in France, Denmark and the Netherlands that once flirted with the idea of copycat referendums on EU or eurozone membership have adjusted their message. “They no longer want to question their country’s membership [of] the EU per se but rather seek to fundamentally transform the EU’s political orientation from liberal democracy to a union of states with authoritarian tendencies that build new and old borders,” Nicolai von Ondarza and Felix Schenuit, researchers at the German Institute for International and Security Studies, wrote last October.

The challenge for the EU has shifted from fighting the desire of more member states to leave, to defending the common rules-based order — the essence of the European project — from the actions of recalcitrant governments.

Internally, the threat ranges from enforcing common rules on migration and the eurozone budgets to confronting members such as Poland and Hungary over plans for authoritarian overhauls of their domestic legal systems.

Externally, the election of Donald Trump in the US has overturned core assumptions about the liberal world order that Europe relied on for its security and international trade.

Noting the headwinds facing Europe, Angela Merkel, the German chancellor, said in a speech at the start of the year it was time to “stand up” for convictions and “fight for them”, including Germany “taking on more responsibility”.

A central goal is developing European defence co-operation, one of the least advanced areas of EU integration. Despite some progress, including the launch of a common defence pact, the capability gap remains considerable. Even in economic areas, where the EU has more international clout, global trends are unfavourable. Growth in China and the rest of the world is outpacing that in Europe, and gradually diminishing the importance of intra-EU trade compared with external trade.

The EU27 is likely to “become a ‘small open economy’ whose relative weight in the global economy will, by around 2035, be similar to that of Japan at the start of the century”, predicts Daniel Gros, director of the Brussels-based Centre for European Policy Studies. “It is thus unlikely that, on its own, the EU will have enough influence to shape the global trading system.”

Put another way, Europe in coming decades may face, in less dramatic form, the same kind of diplomatic reckoning awaiting the UK after Brexit.