How airlines survived to fly another day

When Covid tightened its grip on the world between February and April 2020, the effect on the aviation industry was devastating. As borders closed, the skies went quiet and airlines searched for somewhere to park grounded aircraft.

The industry had to press “pause” — but, in companies’ headquarters, activity reached fever pitch as they raised cash, sold assets and, in many cases, restructured their businesses.

The aim was to survive the collapse in passenger numbers and avoid corporate failures — and lawyers were involved at every stage.

Few airlines had time to spare. With high fixed costs, the industry burnt through about $150bn in cash within months, says the International Air Transport Association. Calls with lawyers had to be hastily arranged.

“It was obviously a challenging time . . . even to this day, I have never met the clients despite having done this massive job with them,” says Craig Montgomery, a partner at Freshfields Bruckhaus Deringer in London.

Freshfields helped state-owned Malaysia Airlines to reduce its obligations on leases for aircraft as part of its restructuring. Such leases are a primary focus of any reorganisation in the aviation sector as they account for a significant chunk of a company’s costs.

Malaysia Airlines wanted to “get on with it”, Montgomery says. It was still paying its obligations in full and “needed to find a solution . . . as quickly as it could”. At the same time, the lessors did not want to see the sudden return of their assets, especially large airliners, as they faced logistical, storage and maintenance costs with no hope of any new leases for months.

Freshfields turned to the English courts and a scheme of arrangement — a tool that is often used in financial restructuring but never before with aircraft leases. The leaseholders agreed to a class arrangement as a replacement for the previous ad hoc leases, which made the settlement for Malaysia Airlines more efficient.

The crisis underlined the international nature of the industry. While many airlines have a country’s name on their aircraft fuselages, their assets are mobile and they have entities in various jurisdictions.

For Malaysia Airlines, English law was preferable to the courts in its home country because it is recognised globally. A scheme of arrangement turned out to be “an obvious solution for a lease”, Montgomery says.

Lawyers had to hunt for innovative solutions. Allen & Overy helped Virgin Atlantic through the first restructuring under the July 2020 Companies Act update, which allows courts to approve a plan even if not every class of stakeholder has backed it. White & Case helped Air France-KLM navigate EU ownership and state-aid rules as it refinanced its debt.

Many airlines have shrunk over the past 18 months, and one of the most high-profile casualties has been Norwegian Air Shuttle (NAS). The Oslo-based carrier grew rapidly in the 2010s, moving into low-cost transatlantic flights, but fragile finances meant that it was exposed to the effects of the pandemic. Bankruptcy proceedings in 2020 effectively wiped out its shareholders and its operations have shrunk dramatically.

If I had the option, I would still go to see the client. There is no substitute for doing that in person — which, of course, is good news for the client

The ownership of NAS is complex but it consists mainly of Irish-owned subsidiaries under a Norwegian umbrella company, which allowed restructuring to take place in the Republic of Ireland, with a parallel programme in Norway. It was the first time an Irish examinership was used to restructure the obligations of a non-EU company. 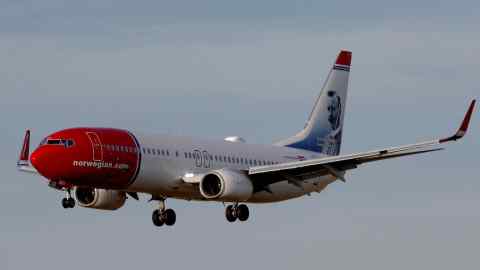 The move reduced the NAS fleet from 150 to 50 aircraft, cut Norwegian’s debt by about $7.5bn, included a capital raise, and terminated aircraft orders worth about $10bn. Lawyers in the case say the restructuring could not have been achieved under Norwegian law alone, particularly the termination of leases that were covered by the Cape Town Convention, which protects high-value aviation assets.

Ruairi Rynn, partner at law firm William Fry, which acted for the examiner in the Irish process, says working in an Irish court with a Norwegian company was “unique and unusual, but ultimately highly successful”.

Throughout the process, lawyers and airline management became used to meeting virtually and, in some cases, there was no physical face-to-face contact. The rapid adoption of videoconferencing was a success but airline executives, whose fortunes rely on corporate travel, are glad to hear businesses say that they still prefer in-person meetings.

“If I were doing it again and had the option, I would still go to see the client,” says Montgomery. “There is no substitute for doing that in person — which, of course, is good news for the client,” he says.