When Britain’s investment minister met with leading global investors a few months ago, he was given a very clear message about the attractiveness of the UK stock market.

“They said that they felt London had lost its crown,” says Lord Gerry Grimstone, the former chair of Standard Life Aberdeen, who now oversees inward investment for the British government. “We had just lost our edge to others.”

Grimstone was not hearing anything that would have surprised many investors or company bosses. In recent years, London has fallen behind other international listing venues, such as New York, in the battle to attract the biggest and brightest companies

Since 2008, the number of companies listed on the UK market has dropped by about 40 per cent and, between 2015 and 2020, London accounted for only 5 per cent of initial public offerings of shares. Its stock market has become dominated by financial or “old economy” companies, critics say, rather than the fast-growing tech firms that ministers see as the future.

To address the problem, the government asked former EU commissioner Lord Jonathan Hill to carry out a review of the market, and he issued a series of recommendations in February.

These include allowing dual class share structures in the London Stock Exchange’s premium listing segment — enabling company founders to have enhanced voting rights on big decisions — and reducing the minimum proportion of shares in “free float” and easily tradeable on the market from 25 per cent to 15 per cent.

Other proposals include a review of the requirements for company prospectuses and liberalising the rules on special purpose acquisition companies (Spacs).

Hill said the measures would simplify and streamline processes, and encourage a more dynamic regulatory regime. He argued that the review would simply bring London in line with other well-regulated financial centres in the US, Asia and Europe.

Grimstone, who spent the past two decades as a leading investment banker before taking the government role last year, believes the reforms are much needed.

“I want London to be the place that people choose to continue to list,” he says. “This is such a competitive environment at the moment that everything needs to be humming in order to make sure we attract the maximum amount of investment from overseas.”

Many investors have also welcomed the proposals. Rory Bateman, head of equities at Schroders, says that the reforms give London a chance to reclaim the number one spot as a financial capital.

Bateman helped Schroders float an investment trust on the London Stock Exchange in the autumn but says the regulatory and other barriers encountered were “incredibly high” and broadly “detrimental to companies coming to the market”.

“We have lost the entrepreneurial edge [of] when I joined the City 20 years ago,” Bateman says, adding that the reforms would help create “a fair and level playing field” with other financial centres.

But there are still some doubts about whether London will be ready to compete with New York for some of the most high-profile IPOs as many fast-growing tech companies are initially loss making. Investors in London are seen by many bankers as preferring to back companies that can pay a dividend income out of their steady profits.

April’s disappointing flotation of Deliveroo in London was also seen as a blow, with some worrying it will make it harder to attract companies seeking the high valuations associated with New York listings. When shares in the food delivery business began trading, almost a third was wiped off their value within an hour.

Anand Sambasivan, chief executive of PrimaryBid, which allows retail investors to participate in IPOs, says rule changes alone will not change investor appetite. “While the listing reforms give issuers options about the wrapper in which they come to market, the basic job of presenting your equity story clearly and finding willing buyers hasn’t changed,” he points out.

Nevertheless, Sambasivan believes that some of the more technical proposals, such as greater flexibility around financial track records, are important for the future of the London market.

“These have been essentially unchanged for 30 years — they don’t necessarily reflect what investors are willing to base their decisions on, and aren’t always meaningful for higher growth businesses coming to market,” he says.

Others question whether the reforms are as essential as ministers claim. London has seen a surge of IPOs in recent months, including several prominent tech-based businesses. Bankers say that the pipeline looks healthy for the rest of the year.

PensionBee, the online pension provider, floated on the London stock exchange last month with a distinct lack of fuss, compared with Deliveroo. Its shares still trade about 10 per cent above their flotation price. PensionBee chose to enter the high-growth segment of the market, which allowed it to reduce its free float to 10 per cent without the need for reforms.

[The reforms are] driven by the venture capital sector, rather than what many . . . stakeholders want to see from companies that operate in the public sector

Romi Savova, founder of the business, says that options “are already there for companies at all stages of their growth”. She worries that the reforms are “driven by the venture capital sector, rather than what many other stakeholders within the economy want to see from companies that operate in the public sector”.

Savova argues that London would be wrong to lose its investor safeguards in a push to attract new companies, and suggests regulators should instead bring in new rules to attract retail investors and raise standards around ESG. London’s corporate governance rules are there to protect investors, she says, and should apply equally to high-growth as well as to more mature companies.

One example cited by Savova is London’s longstanding policy of “one share, one vote” — which is under threat from the proposals to allow dual class shares that allow founders more voting power.

“What I hear a lot of is, ‘Amsterdam is doing it, other places are doing it’,” Savova says. “I have small children. If someone tells me what all the other children are doing, it doesn’t necessarily mean that you should do it too.” 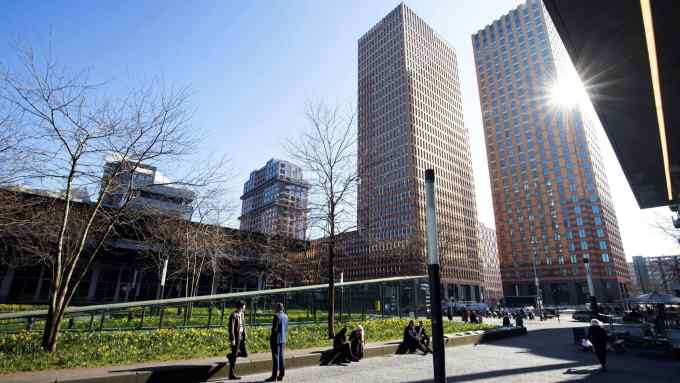