A music legend, a game show host and a City boy set out to fix the food system. This is what happened next…

In June this year crowds gathered to attend the Groundswell Festival founded by the Cherry family on their farm in Hertfordshire. There was the usual smattering of tents, tanned women and bearded men, all enjoying the newly won post-lockdown freedom over three days in the sunshine. So far, so festival. Onto a stage walked a very tall blond man. He sat down, cleared his throat and announced that although he’d been on a fair few stages this was by far the most nerve-racking.

Andy Cato, half of the late-’90s electronic music duo Groove Armada (along with Tom Findlay), was not there to perform. Well, he was, but this was the antithesis of the gigs where he’d played house and DJ sets. On this occasion, the 6ft 8in Yorkshireman was perched on a foldout chair, holding a mic in front of an image of a golden wheat field. His audience had gathered not to dance but because they share a passion for regenerative agriculture. They wanted to hear Cato talk about his 15-year second career in farming and his subsequent success with his company Wildfarmed.

Cato had his Damascene agricultural epiphany on the road to London from a gig in 2006, when he picked up a magazine and began reading an article about industrial food production. It changed his life. “Before long I’d read a book on the subject, which ended with the line, ‘If you don’t like the system, don’t depend on it’,” he recalls.

He was then still at the height of his fame with Groove Armada, and started to grow his own vegetables at the home he shared in south-western France with his wife Jo and their two small children. “I put these tiny things in the potting compost and saw them sprout, then six weeks later I was eating them. It sounds so simple but it was transformational for me,” he explains. “My first thought was, ‘Why is this not the first thing you learn at school?’”

Cato was not alone in thinking that schools should teach the benefits of food production early on. While he was in France working on his vegetable patch, George Lamb was growing disillusioned with his career as a VJ and TV presenter of shows such as Big Brother’s Little Brother and Bank Job in London. “I had this big career and I woke up one morning and I called my dad [actor Larry Lamb] and told him I was feeling unfulfilled,” says Lamb. “He just said, ‘Well, you’re a game-show host, it’s not very serious in the big scheme of things, is it?’”

Triggered by the 2011 London riots, Lamb had started to think about his contribution to society. “I realised it was time to stop looking outward, thinking about who was going to do something about this. It was time for me to take some social responsibility.” Lamb called his agent and said he was done. He sold his house and his “army of suits” and took himself off to South America and Asia. Over the following few years he studied plant medicine, read books, and did a lot of “uncomfortable stuff” away from the people he hung out with in London.

Andy would be on the tractor at dawn and farming all morning, board the afternoon flight to play at Space, and be back on the farm the next day”

“I’d wander around without knowing what I could do, but then I read a book called How Soon Is Now, sent to me by my mate [the author] Daniel Pinchbeck,” says Lamb. “It talked about the ecological mega-crisis and how if we continue like this we only have between 50 and 60 harvests left. I realised that the point was to set up some ‘Jedi’ training camps and get the next generation of kids to be eco-warriors.” His new path would eventually lead him in 2019 to create Grow – a not-for-profit organisation launched at The Totteridge Academy, where inner-city pupils learn to interact with nature.

Back in France, Cato was following Charles Dowding’s no-dig companion method of planting on his vegetable patch; to put it simply, you don’t break up the soil, which helps it hold moisture and means plants can forage deeper into the earth, and you plant a variety of species that help each other. He began to sell his produce at local markets. Four years later, having fallen in love with the story of soil, its power to regenerate itself and its possibilities, he sold the publishing rights to Groove Armada in order to buy a 110-hectare farm close to his French home. The farm had 0.5 per cent organic matter in its soil (the normal is six per cent). It was, he says, “an act of lunacy”.

Things did not run smoothly. “I was overwhelmed, almost beaten,” he admits. “I had forgotten the lessons I had learnt on my vegetable patch about not disturbing the soil and diversity.” The book An Agricultural Testament by the botanist Albert Howard brought him “a last throw of the dice”. Cato put down herbal leys, replanted trees and hedges and bought a herd of cows – about which he knew nothing – and moved them around grazing the land. Success! The land became a hub of experimentation.

Cato and Lamb met in 2013 while trying to subsidise their personal projects by working in Ibiza. Lamb had opened a restaurant and Cato had taken a DJ slot at the mega-club Space. The two started talking. “I was such a Groove Armada fan and was about to launch into this pointless guff about loving them when Andy dropped this bomb about how he had just sold his publishing rights because he wanted to sort out wheat production,” says Lamb. “He was building these Heath Robinson-type contraptions and making all these epic mistakes, which cost a fortune, so he was in Ibiza to get money. He would be on the tractor at dawn and farming all morning, then board the afternoon flight to play at Space and be back on the farm the next day.”

At the end of that summer Lamb drove to France to stay with Cato and his family. He fell in love with what his friend was doing: milling flour and making bread (Cato had even opened a bakery). Serendipitously, Lamb then got talking to another friend, financier Edd Lees, then the co-head of Sunrise Brokers (a $100m-turnover business), who had 20 years’ experience in the financial markets and investments. Lees was so inspired by Cato’s story that he not only lent him money for a new mill, but walked away from his job to help found Wildfarmed.

Cato, Lamb and Lees have created a marketplace for farmers and consumers that rewards provenance and quality of crops, soil and ecosystems. It agrees to buy “population wheat” from farmers across the UK who grow according to its practices of sowing seeds directly into pasture without disturbing the soil, allowing different plants to grow side-by-side and letting nutrients be recycled by bringing grazing animals into the fields. They never use chemicals. Wildfarmed buys the wheat at fair prices and mills it; the project has developed partnerships with some of the UK’s top bakers and restaurants (their first partners were Jeremie Cometto Lingenheim and David Gingell of Jolene and Big Jo bakeries). And having only set up a network in January, it now has 97 stockists in the UK with more in the pipeline.

Together, the three have seen the business undergo an impressive transformation. In 2020, Cato’s once almost barren farm was recognised as one of the most innovative in France and awarded the prestigious Lauréat National de l’Agro-Ecologie. And although it is still operational in France, the business has developed so well in the UK that Cato has recently returned to England with his family: he was awarded a rare honour by the National Trust – a 20‑year tenure of a 295-hectare farm in Oxfordshire that has become Wildfarmed’s HQ. The company has also announced a collaboration with Lord Rothschild’s estates to transform more than 500 hectares of arable land in Norfolk into the Wildfarmed system. Alongside this, sales have increased by more than 1,000 per cent in the past 12 months. “Our sales are predicted to continue on this growth trajectory for at least the next 12 months as we have significantly more inventory and a much wider range of customers,” says Lees.

HTSI
The Cause: the birdwatching group that’s taking flight 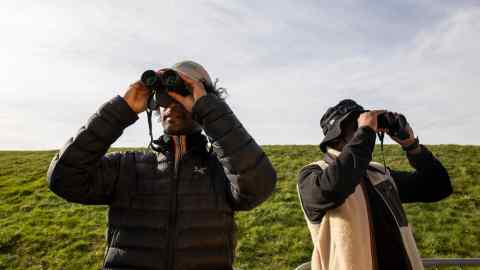 The ultimate goal for Wildfarmed is not just to sell high-end bread to hipsters, but to produce enough wheat to supply to as many high-street food retailers as possible; the company aspires to sell flour to Greggs.

Cato wants to inspire a generation of consumer food activists. By making a conscious choice every time to eat well-grown produce, he argues, we improve the food system. And Lees wholeheartedly believes in the potential value of the project. “Wall Street’s new mantra is ‘green is good’,” he argues in conclusion. “The smart money is on long-term ecological thinking. There is no inheritance on a dead planet. Our world’s most complex problem has the simplest solution: food. Fix the food, fix the world.”

READ MOREHealth and wellbeing: six ways to get back to nature
The scent of trees: how to understand their language 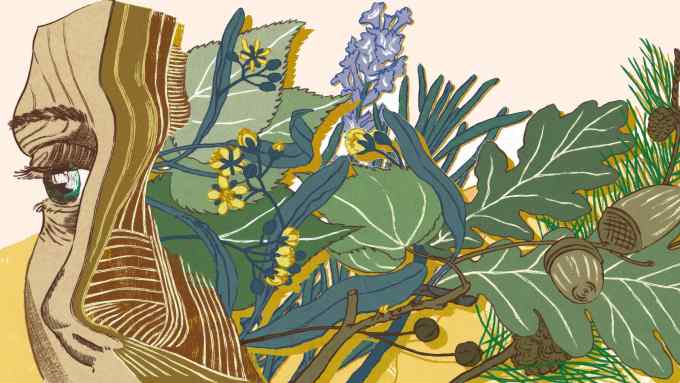