EU negotiators are bracing themselves for a “big crisis” over Brexit soon after this week’s UK election, including a possible walkout as early as the summer or autumn.

Alarmed by an election campaign that has stoked up tensions between UK and continental European leaders, Brussels is hoping for reassurances over Britain’s negotiating team and answers on whether the UK will reject outright the EU’s divorce-first timetable for talks.

The negotiations could dominate the new British government’s time in office.

The European Commission is expected to make contacts with London to organise the talks within days of the election on June 8.

A formal negotiating round is planned for June 19 or 20, a week that ends with an EU summit on the anniversary of the Brexit referendum.

Michel Barnier, the EU’s chief negotiator, has promised to send position papers on citizen rights and the financial settlement “very quickly” after the election. Brussels wants both issues to be addressed before the start of talks on a “future relationship” between Britain and the bloc.

While surprised by polls that indicate Labour may be narrowing the gap with the ruling Conservatives, most European capitals still expect prime minister Theresa May to secure a new mandate. But they are unimpressed by Mrs May’s claim that “every vote for the Conservatives will make me stronger when I negotiate for Britain”.

Philip Stephens
The Brexit election that leaves Britain the loser 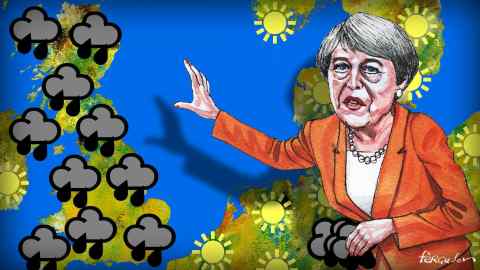 One negotiator said: “Frankly the size of the majority does not matter to us.”

The EU side is more worried about a clash in the two sides’ approach to the talks, particularly if Mrs May takes personal charge of negotiations, attempts to bargain with the 27 leaders at the EU summit, and refuses to engage over a financial settlement before trade talks begin.

The EU wants an upfront gross payment of up to €100bn to settle Britain’s Brexit bill and insists that talks be strictly sequenced. Mrs May calls such demands “aggressive” while David Davis, Brexit secretary, has said the UK will lay down its own “ground rules” for the negotiations.

“All the talk is over the big crisis, the walkout, and if it will be in the summer or October,” said one EU ambassador in Brussels. “We know it is coming.”

A eurozone foreign minister said the question of money “will be really tough”, agreeing with Mr Davis that the Brexit bill will be “the row of the summer”.

While the EU27 have approved a detailed negotiating mandate for Mr Barnier, London has yet to respond in kind on policy, or assign responsibilities for the negotiation. That has reinforced a sense in other EU capitals that Britain is ill-prepared; one senior EU figure involved in Brexit talks called it “a shambles”.

British officials are insisting to European diplomats that it is “for Britain to decide” who leads their negotiations. This has sparked concerns in Brussels that Mrs May will attempt to turn this month’s EU summit into a Brexit negotiation on citizen rights.

“If she tries that she will be given a cold shower,” said one senior diplomat on the EU side.

Mrs May has given some EU officials the impression she wants her “sherpa” Olly Robbins, a senior civil servant, to discreetly handle technical talks on her behalf, rather than Mr Davis taking day-to-day charge.

“We are not hung up about how senior they are. What we need is somebody who is empowered to actually take commitments, who is available, and accountable,” the senior EU diplomat said, noting that Mr Barnier wanted press conferences at the beginning and end of each negotiation round.

“You cannot make progress if you have somebody there who cannot commit and who cannot sell it [commitments] to the public. That is a real risk.” 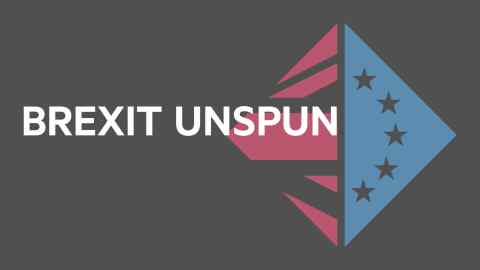 Britain is looking for an early agreement on citizen rights and Mr Davis has promised a “generous offer” on the status of the 3m EU migrants in Britain.

But it is much less clear whether the UK is ready even to engage in discussions about a financial settlement. The tenor of the first engagements will be crucial.

Several senior diplomats on the EU side say they are looking for signs that the UK is aiming at a workable deal, and understands the compromises that will be required.

If the UK explains why it disagrees with the EU’s financial demands that may constitute the start of a negotiation, some EU officials say. But if the country refuses to address such issues at the start of talks, then the negotiations may be much more fraught.

“If they were just to come and say: your sequencing, forget it, we will not talk about financial settlement without talking about the future relationship, then we have a problem,” said another senior EU diplomat working on Brexit.