Alejandro Agag says it is a “miracle” that Formula E survived. The Spanish businessman launched the new motorsport series in 2014, but just three races into its inaugural season, the UK-based company was out of money and on the brink of collapse.

“We went really to the limits,” says Mr Agag, chairman.

A turnround came in March 2015 when Liberty Global, the US cable group run by billionaire John Malone, and Discovery, the broadcasting company, invested in the championship. The money helped to keep the show on the road. Just as importantly, with Liberty and Discovery aboard, the nascent group gained legitimacy in the eyes of sponsors, broadcasters, cities and car manufacturers.

Now into its fifth season, the ABB FIA Formula E championship features 13 races across five continents, with leading carmakers such as Audi, BMW, Nissan and Jaguar competing in the series.

“This thing has skyrocketed,” says Mr Agag. “It has gone beyond all of our expectations . . . this is a consolidated motorsport that is going to last.”

Critics point out the company remains unprofitable. But there are signs it is on an upwards trajectory. In the year ended July 31 2017, revenues were €94.5m, up from €56.6m a year earlier, according to documents in the UK’s Companies House. Pre-tax losses narrowed to €20.8m in 2017, from €35.2m in 2016. Mr Agag says the group could be “cash flow positive” this season were it not for significant spending on marketing: it is prioritising growth ahead of profits.

Revenues are expected to rise further, thanks to Formula E’s ability to attract sponsors. In January 2018, the series announced that Swiss engineering group ABB would become its first title sponsor. The contract with ABB is worth “nine figures” according to a person with knowledge of its terms.

It has gone beyond all of our expectations . . . this is a motorsport that is going to last

Such reliance on sponsorship, which makes up almost half of the series’ overall revenues, is unusual at a time when other sports are struggling to gain new endorsement deals.

Mr Agag suggests this is because the sponsorship market has changed. Corporate groups once paid for brand “exposure”, but online advertising platforms such as Google and Facebook have made it possible to target millions of consumers like never before. As a result, says Mr Agag, partners now care more about the narrative they can spin through their association with a sport.

“Sponsors care about [what stories] they can tell of why they are partners with you,” says Mr Agag. “We are in line with the movement that is helping preserve the environment, helping to fight climate change, helping to fight city pollution. Those are the kinds of stories that sponsors are attracted to.”

Not all are convinced, however. Chase Carey, chief executive and chairman of Formula One, the pre-eminent motor-racing series, told me last year that he saw Formula E as a “business to business proposition, as opposed to a sport.”

In other words, the championship was a marketing ploy for companies that want to be associated with environmentalism, but not a particularly exciting event that audiences want to watch.

Mr Agag rejects this criticism, arguing the sport is gaining fans. Formula E’s latest financial records suggest that 223m people watched the series on TV in 2017, up from 192m in 2016.

This may be due to a focus on doing deals with “free to air” television groups, such as the BBC in the UK, where races are more likely to attract big audiences, though this means eschewing more lucrative deals with pay-TV groups. “You don’t grow behind a paywall,” says Mr Agag.

Another attraction is that races take place in cities. Yet few of the locations from the inaugural series remain on the race calendar.

Mr Agag admits that some cities “completely embrace it” while others “struggle”. But, he adds, the turnover reflects a positive change. To get off the ground, Formula E paid to stage many of the events; now, it demands a fee. “We will have a good deal from a good city paying, so we’ll drop another one that doesn’t have money,” he says.

Continued growth comes with risks. This season began in Saudi Arabia, as part of a 10-year deal to stage races in the Gulf kingdom. That opening race took place just weeks after the killing of Jamal Khashoggi, a dissident journalist, in the Saudi embassy in Istanbul.

Is holding races in nations with poor human rights records a reputational risk for an event with a supposedly positive message for the world? Mr Agag attempts a diplomatic answer. “We don’t mix sports and politics,” he says. “If [the] country from where I work, the UK . . . has not imposed any sanctions on any specific country, why should I?”

What next for Formula E? Last year, Mr Agag raised money from private backers to acquire its parent company from Liberty and Discovery. His offer, worth a reported €600m, was rejected.

Instead, Mr Agag has become chairman of the group, which is hiring a new chief executive. This will free Mr Agag to engage in new pursuits, such as “Extreme E”, an electric rally car series.

Mr Agag also suggests Formula E will have a friendly collision with F1. “I don’t see any option for F1 not to be electric in 20 or 25 years,” he says. “For that, there has to be some kind of conversation, collaboration, understanding or agreement [with Formula E]. I think that’s not for today and not for tomorrow. But I think that the future is going to be unavoidably going in that direction.” 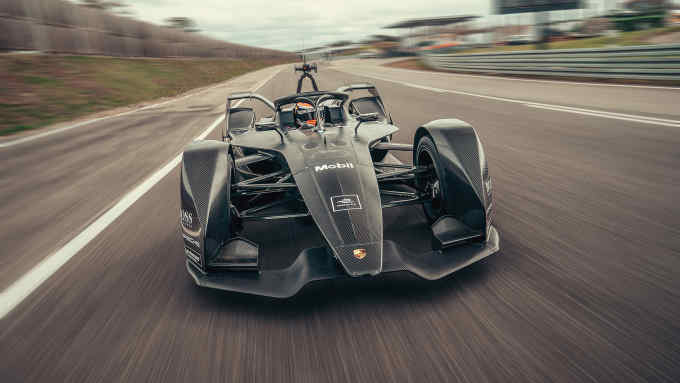