Japan’s government and its state-owned oil group have emerged as leading contenders for a stake in Rosneft’s $157bn Arctic project.

Japan’s Ministry of Economy, Trade and Industry and Japan Oil, Gas and Metals National Corp are said to be the primary parties considered for investment into the Vostok oil development, according to a person familiar with the negotiations.

“The key meetings were with METI and Jogmec,” the person said.

The move suggests the duo are now in line for a stake previously discussed with other Japanese, Indian and Chinese companies, as well as BP, the UK major that owns a near 20 per cent stake in Rosneft.

Participating in the project will help Japan diversify its energy supply away from the Middle East, from where it currently imports almost 90 per cent of its oil.

Neither the size nor the price of the stake were revealed. A stake of 15-20 per cent was previously under discussion, Vedomosti business daily reported in October.

Igor Sechin, Rosneft chief executive, had held talks with a number of Japanese groups, including Inpex, Mitsubishi, Itochu, Mitsui & Co, and Marubeni in Tokyo on Wednesday.

Vostok Oil is one of 15 potential oil, gas, refining and petrochemicals projects Rosneft had offered to Japanese partners in September. It includes fields in East Siberia and Yermak Neftegaz, its joint gas project with BP. The project is capable of producing up to 2m barrels per day of crude by 2030, according to Rosneft. 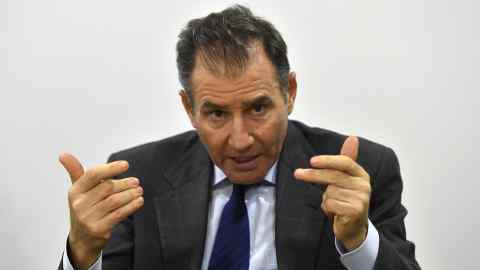 This oil is expected to be transported via the Arctic Ocean’s Northern Sea route, but requires massive investment of up to Rbs10tn ($157bn) to develop fields, build 5,500km of pipelines, sea terminals, airports and power lines.

A lack of sufficient tax incentives, which so far only included tax breaks for developing the project’s Taymyr fields, have previously been the stumbling block for partners to join.

Bob Dudley, BP chief executive, said in late October his company had not made a decision on entering the project given its unclear economics. “Russia needs to decide whether the country needs the project first,” he said.

Japan is already involved in Russian oil and gas projects in the country’s east and the Arctic. Sodeco is part of the Sakhalin-1 production-sharing agreement with Rosneft, and Mitsui and Mitsubishi hold stakes in Gazprom-led Sakhalin-2. Jogmec works with Irkutsk Oil in East Siberia and has recently acquired a 10 per cent stake in a consortium with Mitsui in Arctic LNG 2, a gas liquefaction project in Russia’s north.