Larger galleries to subsidise smaller ones at fairs

Summer is officially over and art market business starts the new season in rare collaborative style. Art Basel has tested suggestions that larger galleries could effectively subsidise their smaller counterparts at art fairs and, beginning at its Swiss event in June 2019, will replace flat-fee pricing with a sliding scale system.

Details will vary between its fairs. The square metre price for all 227 booths at this year’s main section of Art Basel was CHF830, and this would normally be raised five per cent for 2019. Instead, it will be reduced at the smallest end (25 sq m) by eight per cent to CHF760 and increased by nine per cent to CHF905 for the fair’s largest slots (124 sq m). This, plus other reductions through the fair, means that two-thirds of exhibitors will pay less than they did this year, organisers say.

It doesn’t solve everything for the smaller crew — booth prices are by no means the only cost of doing fairs, and CHF19,000 for the privilege of exhibiting is still not cheap. But every little surely helps. Marc Spiegler, director of Art Basel, says “it took more than a year to find an algorithm that had an impact [for smaller exhibitors] but wasn’t too much of a burden for the established galleries.”

Other fairs’ organisers are also trying to ease the way. Frieze plans a tiered system for its new Los Angeles fair (February 14-17, 2019), which it plans to roll out to its other editions, and booth prices have been reduced by five per cent for all exhibitors at the next edition of New York’s Armory Show (March 7-10, 2019). At this month’s Contemporary Istanbul (September 20-23), an innovative Gallery Support Programme that matches private businesses with regional galleries has grown from three booths last year to 16. “Doing an art fair can be an expensive decision and we want to give galleries less reason to say ‘no’,” says director Kamiar Maleki.

Uncertainty around Brexit is expected to loom large at London’s Frieze Week this year (from October 1). So American artist Tom Sachs can expect queues around the block for his pop-up office that will offer fake Swiss passports in Thaddaeus Ropac’s London gallery from the evening of October 5. Visitors can, for the modest sum of €20, buy a document that entitles them to be citizens of everywhere.

“It’s available to anyone who wants it, which isn’t how it is in real life, but is a gesture towards making the world how we’d want it to be,” Sachs says.

He began the project in New York in 2016 and now has more than 1,000 “citizens” registered on his database. He does not advise flashing the realistic-looking passport at airport border controls but, he says, “My 14-year-old nephew was able to use it to authorise getting a tattoo.”

Doing an art fair can be an expensive decision and we want to give galleries less reason to say ‘no’,’ says director Kamiar Maleki

Pick-up looks promising at London’s Cromwell Place, a gallery hub with exhibition space, offices, hot desks and storage facilities spread across five Grade II-listed buildings in South Kensington. Due to open next year, its first round of flexible membership has secured 20 of a potential 100 signings, including New York’s Lehmann Maupin and Alexander Gray Associates, as well as Addis Fine Art gallery from Ethiopia and the art adviser Matthias Arndt, yet to add a London outpost to his agency business.

London galleries are also on board, ranging from new photography venture Black Box Projects to the longstanding Stair Sainty. “With ever-increasing rents and rates, the nexus of art dealers in Mayfair is considerably diminished,” says gallery owner Guy Stair Sainty, whose space has been on Dover Street since 2005.

As if the stuttering online art market needed another headache, at the well-attended fifth Art Business Conference in London on September 4 Michael Ellis, the UK’s Minister for Arts, Heritage and Tourism, highlighted the increased risk of fraud and forgery via the internet and gave a deserved plug to the new Court of Arbitration for Art in The Hague, an alternative to going to court, should disputes arise (online or elsewhere). Ellis, who voted against leaving the EU in June 2016, also sought to reassure the crowd. “We will keep working for a strong and globally competitive UK art market,” he said, though exactly how was not set out.

It’s ciao for now to Sotheby’s annual 20th-century Italian art evening auction, a sale that has run since 1999. Artists such as Lucio Fontana and Piero Manzoni had seen a huge surge in demand through the first half of this decade. But supply already seemed to be dwindling at auction: last year Sotheby’s widened the goalposts to include artists from outside Italy and the sale still made a reduced total of £18.4m (including fees), down from £23.3m the year before and from £40.4m in 2015.

Sotheby’s is not ruling out future dedicated sales but says this market has now “matured” so that significant works by Italy’s Modernists now sell best in a wider context. A spokesperson cites Albert Burri’s “Nero Plastica L.A.” (1963), which went for $11m at a general contemporary art auction in November 2017.

Bonhams, the venerable auction house established in 1793, which holds more than 250 sales a year around the world, has been acquired from private shareholders by Epiris Fund II for an undisclosed price. Details are scarce but it seems that existing CEO Matthew Girling and CFO Jonathan Fairhurst will be joined by Bruno Vinciguerra, formerly of Sotheby’s, as the new executive chairman. 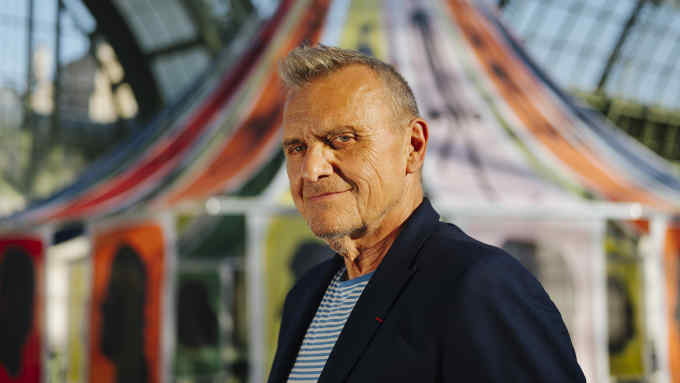