Pokémon Go, the smartphone game that has caused grown men to stumble off Californian cliffs and angry residents to hurl eggs at unruly crowds of monster-hunters in Australia, has propelled Nintendo into the ranks of the top 20 largest companies in Japan.

Friday’s fresh surge of 9.8 per cent in Nintendo’s valuation, which makes the company more valuable than the mighty Mitsubishi trading house, the brokerage Nomura or clothing retailer Uniqlo’s parent Fast Retailing, comes as analysts calculate that Pokémon Go could become the world’s first smartphone game to generate $4bn per year.

Investors attempting to rate Pokémon against other global smartphone hits believe it is already on track to smash the $1.5bn-$2bn annual sales records of Candy Crush and Clash of Clans. In terms of Google requests, searches for “Pokémon Go” are twice the volume of searches for “Star Wars” before that supremely hyped film’s global release in December 2015.

Shares in the Kyoto-based games company — which receives only a modest share of Pokémon Go’s total revenues via its 33 per cent stake in the Pokémon Company and an estimated 5-10 per cent share of the game’s developer Niantic — have surged nearly 90 per cent since the game was launched in the US and Australia eight days ago. 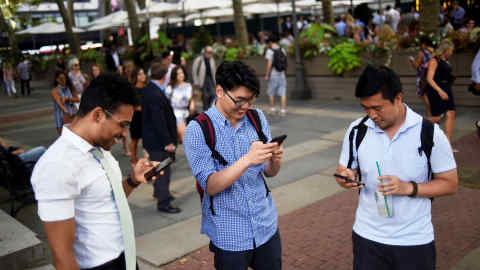 With the launch in Germany and the UK this week, the phenomenon has hit Europe. Highest though are expectations for the game’s rollout on Pokémon’s home turf of Japan, which some estimate could come as soon as the start of Saturday’s national holiday weekend.

David Gibson, an analyst at Macquarie who has so far held off including Pokémon Go in Nintendo’s profit forecasts, projects the game could generate as much as $4bn a year in sales — a calculation based on comparing the early performance of the game on the Android and Apple app stores with other blockbusters that have gone on to break the $1bn-a-year barrier.

As of Friday afternoon, however, no Pokémon monsters had appeared on the virtual maps of Japan as they did before the UK and Germany launches, suggesting it may not happen until next week.

Jay Defibaugh, an analyst at CLSA, described the gameplay behind Pokémon as “tailor-made for mobile monetisation” but, like other observers, pointed out that the economic benefit to Nintendo from Pokémon Go was unclear. 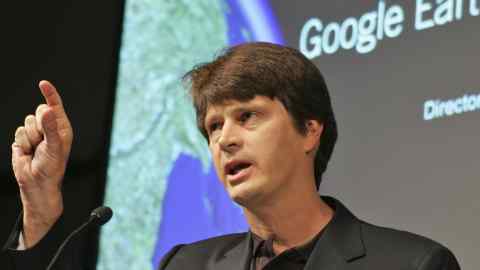 “In our past conversations with Nintendo management in the context of Pokémon Games for Nintendo handhelds and consoles, management has indicated that Nintendo receives royalties . . . but, surprisingly little direct profit,” said Mr Defibaugh in a note to investors.

At a peak of ¥27,780 a share on Friday, Nintendo had a market capitalisation of ¥3.93tn ($37bn) — a level that puts it on par with Sony and the country’s second biggest megabank, Mizuho.

Shares in DeNA, the Japanese developer partnered with Nintendo for the release of Nintendo smartphone games later this year and in 2017, have climbed 10 per cent since Pokémon Go’s debut.

“What we are seeing in the share price is more than a reaction to Pokémon,” said Mr Gibson, who dismissed the idea that the market had suddenly grown more optimistic about Nintendo’s traditional console-based games business. “It’s not the console but rather a fundamental re-rating of the potential for smartphone games from Nintendo/DeNA.”