Derby’s entrepreneurs break away from days of ‘playing it safe’

UK city’s young companies aim to mark out their patch

In a fast changing world, Derby is looking to new businesses in young industries to provide jobs.

“When I left school the mindset was that you got an apprenticeship at Rolls-Royce or British Rail [now Bombardier],” recalls Dean Jackson, founder of sports equipment maker Huub.

“It was what your parents and grandparents wanted. We were raised to play it safe. That is changing.”

He began Huub in 2011 from his home after working for sportswear company Asics. With angel investor and Derby university help, he designed a triathlon suit adopted by UK Olympians Alistair and Jonathan Brownlee. Among its products, Huub also designs aerodynamic suits for the city’s successful indoor Track World Cup cycling team.

“Everything that we do is based on science,” Mr Jackson says. He has had soft loans and grants from Nottingham Trent university and Derby council. Huub has grown to 22 staff and turns over £5m, making about 10 per cent profit.

Derby needs more such successes. The city had 44 start-ups per 10,000 population in 2018, putting it 39th of 63 British cities assessed by the Centre for Cities think-tank.

“Start-up rates are comparatively low and the proportion of them growing after three years, if they survive, is below the UK average,” says Mark Hart, Aston Business School professor of entrepreneurship. “Growth of established businesses is also relatively weak.”

Cities with big employers often struggle to create new businesses in their shadow. Few skilled staff wish to give up paid holidays and pensions.

Keith Cox at Bloc Digital took the plunge 20 years ago. He and colleague Chris Hotham left Rolls but Bloc remains subcontracted with it, making computer models of engines that Rolls and airline staff use to learn how to maintain them. Bloc has 50 staff, works with dozens of companies and plans to move into media by making interactive displays for museums and animation for TV and film.

The company employs 65 people, with such top sellers as multiplayer shooting game Battalion 1944 and video puzzle The Turing Test. In 2018, Japan’s Square Enix, a leading world games publisher, bought a 20 per cent stake in Bulkhead, valuing it at £10m.

Joe Brammer, chief executive, says it would have been difficult to build the business in a bigger city than Derby. “Rent was so cheap we could get by and put all our efforts into building games.” Living costs remains a staff advantage: “We have people in their 20s buying a house, which is impossible in London.”

Many in Derby believe that encouraging a more vibrant city centre is vital to attract workers. Paul Hurst, a former print media executive, now leisure entrepreneur, is gambling this can be done. When The Old Bell Hotel, a 17th century grade II listed coaching inn on Sadler Gate, the city’s smartest shopping street, was shuttered after bank repossession, he bought it: “I thought, ‘We can’t afford to lose it’,” he says.

He spent £1.5m restoring the property. Theatre and music shows attract the crowds. Its kitchen runs a Sunday roast delivery service, sending out up to 300 roast dinners across a 10km radius.

His next venture appears yet more ambitious. As high street spending falls, he has bought Bennetts, in Derby’s Cathedral quarter since the 18th century and reputed to be the world’s oldest department store.

Faced with a £300,000-plus repair bill, how Bennetts retains a bricks-and-mortar presence while moving into online shopping has prompted local debate. “The store will be about the experience,” Mr Hurst insists, “with music gigs, a gin bar, a fresh bakery, making it into a destination”. 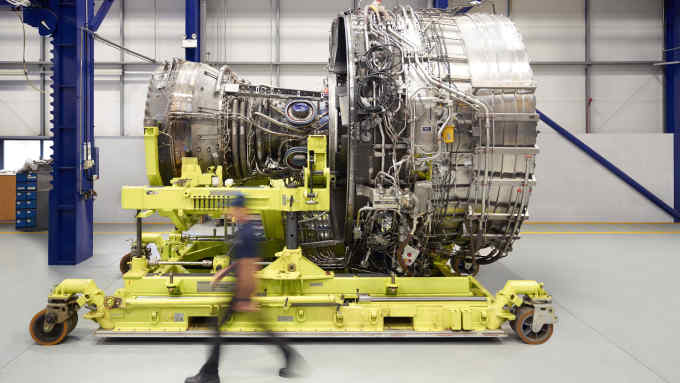