We use cookies (opens in new window) for a number of reasons, such as keeping FT Sites reliable and secure, personalising content and ads, providing social media features and to analyse how our Sites are used.
Manage cookies
Accept & continue
Opinion Next Act

Five-generation families are our future 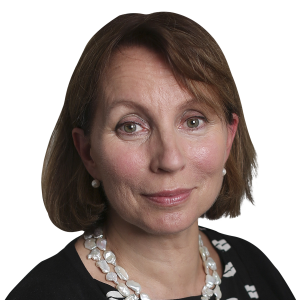 Today I am discussing the nature of news at the FT Weekend Festival in Hampstead. The logistics have proved trickier than I imagined because I am also in charge of an elderly parent in Norfolk and serving as a godparent at a christening in central London. Until Elon Musk cracks teleporting, I will have to reconcile competing duties with the aid of Great Northern trains, taxi motorbikes, and hope.

My situation arises because of profound social changes. My father, aged 88, is gallivanting in Germany on a tour of classical music concerts. My mother, a little younger, is mobile, but used to my father’s cooking and attention. She blossoms with companionship. In this, she is fairly typical of an ageing population.

You might think that I am on the ripe side to be a godparent to a child whose mother is, as it happens, slightly older than I am. But such opportunities are no longer exclusive to prescribed decades. We are all spreading our wings, young and older.

Each day we become more aware of the consequences that arise from longer lives. A study published last week analysed the projected health needs of the elderly in England between 2015 and 2035. It warned of the rise in the number of people aged 85 and above needing 24-hour care.

We tend to be taken by surprise by the other implications, many of them social. A good example is the language we use about older people. As a newspaper editor, I questioned the use of the word “pensioner” in headlines, typically twinned with “plucky” or “frail” and generally implying a bent old figure with a walking stick. What made the cliché all the more surprising was that the people in these stories were, very often, barely older than the sub-editors describing them.

The media continue to inhabit an Alan Bennett world of the elderly that actually began to disappear a couple of decades ago. My friends who are a decade older than I am are not buying Werther’s Original. They do not pause over the elasticated waistbands and comfortable shoes ads on the back pages of the newspaper. They grew up with the Rolling Stones rather than Vera Lynn. They are even, we are told, still having sex.

Current “pensioners” include the presidents of the US and Russia — one of whom still pulls off the bare torso look — and, in the UK, the leaders of Labour and the Liberal Democrats. German chancellor Angela Merkel is almost there. Joan Collins is a force of nature. The Rolling Stones toured this summer. And there’s not a stick to be seen among the lot of them.

Other effects of this are beginning to dawn on us. Inheritance is changing. By the time the elderly are ready to go, there is more than one generation in need below. There will not be windfalls, but pooled resources.

The growth market in holiday rentals is for properties big enough to accommodate several marriages and multiple generations. If that works for holidays, why not for the rest of the year? A friend of mine, anxious for the generation above, despairing of liquidating assets to support the one below, has moved both in with her.

As the economics of four and five generations encourage multiple occupancy, privacy could be the most prized asset of the future. A property developer showed me a design for modern living that reconciles reality with desire: shared space with separate bathrooms and balconies looking away from each other. When you are not always in sight, compatibility is possible. But what happens when shared space becomes fully occupied? A friend who married into an Asian family says she has forgotten what it means to be alone.

There are advantages to multiple-generation families: we can carry our wounded and there is experience to go round. The “sandwich generation” — typically women looking after parents and children — is starting to realise that longer lifespans can spread the load. The children are old enough to manage the grandparents. Just make sure they can drive.

The writer is the editor of Radio 4’s Today programme

It is the baby boomers who are the true ‘sandwich generation’ / From Hilary Land, University of Bristol, UK