We use cookies (opens in new window) for a number of reasons, such as keeping FT Sites reliable and secure, personalising content and ads, providing social media features and to analyse how our Sites are used.
Manage cookies
Accept & continue
Opinion The FT View

The growing effects of China’s failure to reform

The surge in trading on China’s commodity exchanges is the latest example of speculative frenzy in an economy awash with credit. From the rise of shadow banking, to real estate bubbles and August’s stock market crash, regulators have struggled to contain the excesses resulting from Beijing’s habit of supporting growth through debt-fuelled stimulus. The rush into metals markets follows record credit expansion of more than Rmb6tn in the first quarter, engineered by officials to prevent a sharp slowdown in the world’s second-largest economy.

Such episodes are a growing concern for international investors. As China’s role in the global financial system grows, so too does its ability to trigger turbulence in global markets. However, it is easy to criticise Beijing for resorting once again to credit creation to pump up growth. It is less easy to come up with an attractive alternative for policymakers.

The risks of China’s vast debt pile are apparent. A total debt load equivalent to some 240 per cent of gross domestic product — far higher than most emerging markets — is clearly unsustainable in the long term, especially since a significant proportion is held by lossmaking state-owned enterprises in sectors suffering from chronic overcapacity. Even more worrying is the speed at which debt has accumulated — with credit creation accelerating even as economic growth has slowed.

Yet investors clearly find these risks less frightening than an imminent prospect of the economy crashing and the currency plunging — the fears that sent global markets into a tailspin at the start of the year. Beijing’s actions since January have cast doubt on its commitment to difficult economic reforms, but they have also helped to stabilise the exchange rate and led to a welcome pick-up in industrial profits.

Moreover, the risk of a full-blown financial crisis seems limited. China’s overall debt level is less alarming in the context of the country’s largely closed capital account, its high savings rate — which means that households finance lending to corporates — and the economy’s growth potential. There is also considerable scope for the government to shift corporate debts (which in practice often relate to state-owned companies or local government) on to its own balance sheet, which remains robust, backed by still-vast official reserves. 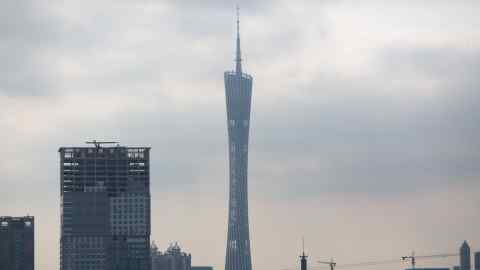 However, this will merely defer the problem, albeit for some years, unless China comes up with a comprehensive plan to tackle the corporate sector’s bad debts. As the International Monetary Fund has warned, the government’s current proposals for financial restructuring of non-performing loans (through debt-for-equity swaps and securitisation) will be insufficient, and possibly counterproductive, unless it also tackles the underlying need for industrial restructuring, including in politically sensitive sectors.

Rebalancing China’s economy is a Herculean task and it is almost inevitable that stimulus policies will continue for the foreseeable future as authorities try to manage the process. What is important is to ensure that this is more profitably employed. The authorities’ reflex has too often been to prop up zombie companies in sectors dogged by overcapacity, with effects on industrial rivals across the world. Yet investment is still needed in health, education, urban housing and transport, and an enormous environmental clean-up.

In the most benign scenario, it will still take the best part of a decade to reduce China’s debt burden to a more sustainable level. In the meantime, the rest of the world can expect to feel the effects of China’s failure to reform and rebalance its economy earlier.