A single case last year, between Slovakia and a Dutch insurer, effectively obliterated a collection of trade treaties that had governed relationships between EU investors and member states for decades.

Bilateral investment treaties (BITs), agreements between two states granting the investors of each rights and protections while operating in the other, have long worried the European Commission. In this case, the European Court of Justice ruled in favour of the Slovak Republic and said BITs between member states were invalid under EU law.

When Slovak Republic v Achmea reached the ECJ in 2018, it had been eight long years for London-based Hogan Lovells partner Markus Burgstaller, who represented the country against the Dutch company.

The insurer originally won a €22m award in December 2012 at an international arbitration tribunal after the Slovak Republic reformed its public health insurance market. Achmea argued that Slovakia had breached a BIT with the Netherlands because the change was to the detriment of the Dutch insurer.

Disputes over BITs are resolved at international tribunals. But the EU’s executive body had always been uncomfortable with an external institution — like an arbitration tribunal — having effective control over the dealings of EU businesses. So when, after arbitration in Germany, the dispute reached the country’s supreme court, which asked the ECJ to determine the legitimacy of such treaties, the ground was prepared for a battle royal.

Brussels has always felt that investment disputes within the EU should be settled only by courts of the member states, and legal questions referred to the ECJ, says George Bermann, director of the Center for International Commercial and Investment Arbitration at Columbia Law School in New York.

“The idea of EU law is that any EU national or company can see justice done in another EU member state,” says Prof Bermann.

“But when you have arbitrators that are external to EU law deciding on investment disputes between an EU investor and an EU member state . . . from an EU law perspective, justice might not be done.”

Proponents of BITs — and critics of the EU — take a different view, however. One aim of arbitration clauses in BITs, cited by their supporters, is to reduce the role of national courts in potentially highly political investor-state disputes, Prof Bermann says. “In principle, courts do not interfere with a tribunal’s determination of the merits as reflected in the ultimate arbitral award.”

International arbitration, he says, is seen as both a method for streamlining the process of dispute resolution and a way of avoiding domestic courts, especially those of states that are by definition parties in an investment dispute.

Mr Burgstaller at Hogan Lovells admits there is some truth to the argument that certain EU member states have “issues” with their judiciaries: “But that doesn’t undermine the argument in [the Achmea case]. In fact, it should underline the need for consistency in the EU,” he says.

The case should underline the need for consistency in the EU

“The guarantee of the rule of law is important for economic development, and this decision provides at least for the possibility that the rule of law in the EU may improve and be harmonised,” he adds.

The ECJ ultimately found that BITs between member states were invalid under EU law, and that European courts — not international tribunals, which do not answer to the ECJ — should settle disputes between European investors and member states.

The ECJ had its own interest in the debate, points out Björn Arp, who teaches at the American University Washington College of Law in Washington DC. “In light of this jurisprudence, it seems that any other intra-EU investment arbitration clause can also be declared null and void,” he says, adding that the Achmea decision led to all member states in January committing to terminate all 190-plus intra-EU BITs. Indeed, the decision initially led to a furore among legal experts.

For and against deals between EU states

Richard Chen, who teaches investment law at the University of Hawaii’s law school, says the most common type of BIT involves a lower-income country seeking to attract outside capital by making assurances to foreign investors in order to compensate for an “immature or weak domestic legal system”. Of particular concern for western investors is the risk of funding a foreign investment under favourable conditions, only for the country to change the rules.

Prof Chen says BITs typically provide two assurances: first, substantive guarantees such as non-discrimination and fair and equitable treatment; and, second, procedural guarantees of a right to arbitrate in a neutral forum.

On substantive rights, he says: “In effect BITs have sometimes provided wealthy investors with a weapon to attack a country’s legitimate exercise of regulatory authority.” He cites the strategic use of BITs in tobacco company Philip Morris’s claims against Australia and Uruguay for requiring cigarettes to be sold in plain, non-branded packaging. “Philip Morris contended that the laws were devaluing cigarette company trademarks and adversely impacting investments [there],” says Prof Chen.

While Philip Morris lost both cases, Prof Chen says the fact that foreign investors can threaten to challenge even good-faith public policy can damp governments’ inclination to write laws and regulate their economies, if they are concerned about liability and legal costs because of lawsuits from powerful multinationals.

Critics’ concerns also include unease about the competence and legitimacy of privately appointed international arbitrators reviewing domestic policies and potentially interfering with a country’s internal governance. At least in the early years of BITs, private arbitrators often came from commercial law backgrounds, with little or no experience in human rights or public policy.

“Their backgrounds may have contributed to a jurisprudence skewed in favour of investors, as such arbitrators would naturally be more sympathetic to investor claims and have less appreciation for the regulatory needs of states,” says Prof Chen.

In addition, Mr Burgstaller notes that the Achmea judgment concerns only disputes between an EU investor and another EU member state: external counterparties — such as Swiss or American investors — are not affected by the judgment; nor does it per se terminate or do away with intra-EU treaties. Instead, it says the investor-state arbitration clauses in such treaties are incompatible with EU law.

To those who say Achmea might not look like a good decision for investors, Mr Burgstaller says: “BITs and international arbitration are hardly the gold standard for dispute resolution. International tribunals have their strengths, but some people argue they can lack the foreseeability and consistency of courts.”

These are shades of grey, he adds, and one is not necessarily far better than the other. 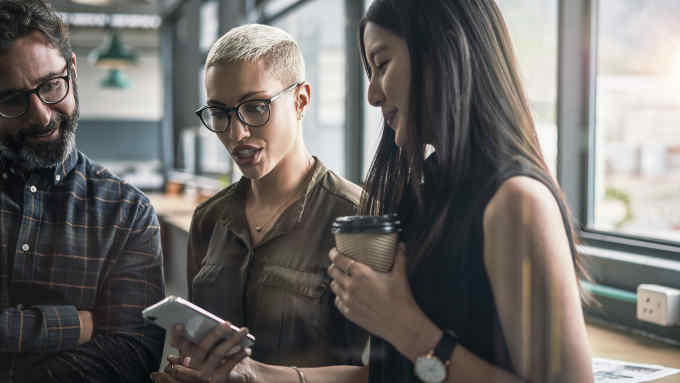