Reducing emissions from sectors such as agriculture and food will be essential to keeping global warming well below 2 degrees Celsius, according to a report from the UN Intergovernmental Panel on Climate Change.

The document on climate change and land, prepared by 108 scientists over two years, highlighted the central role that land plays in absorbing and emitting greenhouse gases.

Land use accounts for 23 per cent of human greenhouse gas emissions, including agriculture, deforestation and wildfires, and the report warned that land’s ability to absorb carbon could be under threat as the world warmed.

“Land is really struggling under the pressures that we put on it at the moment,” said Jim Skea, who co-chairs the IPCC working group on climate change mitigation and a professor at Imperial College London. “Climate change is adding to all the other burdens that we put on land.”

The air over land is warming twice as fast as the world average, according to the report, which found that land surface air temperature has risen by 1.53C since pre-industrial times, compared with a global rise of 0.87C during that period.

The air over land warms faster than over oceans because land cannot absorb as much heat — and this warming can exacerbate heatwaves and drought on land.

The new findings come amid growing concern over climate change, as the damaging impact of global warming has become more evident and as the world has so far failed to reduce emissions, which hit a record high last year.

Political momentum to take action has been growing, particularly in Europe, where the UK and France both recently pledged to reach net zero emissions by 2050, and the Green Party saw big gains in the European elections.

Maximum reduction in annual emissions from changes to global diets

“As human beings, we really rely on land to supply us with food, water, fibre, energy,” said Almut Arneth, co-lead author of the first chapter of the report. “We have a system that is fairly under stress by humans and is increasingly under stress by climate change. So there is some urgency to act, to do many things better.”

The report estimated that dietary changes and reducing food waste could have a big impact on global carbon emissions.

If the whole world became vegan, it could cut greenhouse emissions by about 8bn tonnes annually, the equivalent of the annual carbon emissions of the US and India.

Dietary changes have the potential to decrease emissions by between 0.7bn tonnes annually (if a small number of people eat less meat) and 8bn tonnes a year.

Food waste was also identified as an emissions culprit, accounting for 8-10 per cent of total human greenhouse gas emissions annually, the report said.

“If there are dietary changes towards more plant-based, legumes, fruits, nuts and seeds . . . there is a double benefit, which is that those diets are more healthy as well.”

While increased carbon dioxide in the atmosphere can help plants grow faster — it acts as a plant fertiliser — new research has shown that it also decreases protein in grain crops, and reduce micronutrients such as zinc and vitamin C, she added.

FT CollectionsClimate emergency in 2019
Climate change: how the jet stream is changing your weather 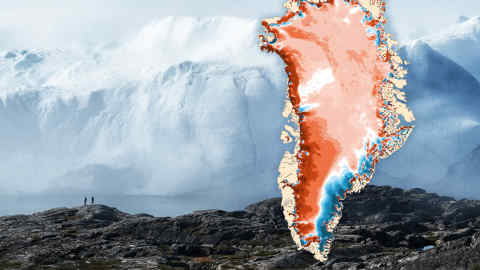 Better land use, such as planting forests and reducing deforestation, will be an integral part of limiting global warming to well below 2C, the report said.

“Land is currently taking up 29 per cent of our CO2 emissions, and that is a great service that the land is giving us,” said David Viner, a lead author of the report’s seventh chapter.

“However, that will change in future,” he said. The increase in carbon dioxide in the air will lead to more absorption of CO2 by plants in the future, the report said, but this will be offset by changes such as desertification, which make it harder for the land to absorb CO2.

A potential increase in biofuels — crops that are planted for their energy value, such as corn and ethanol — could cause food prices to rise and have other adverse side-effects, it added.