Women in finance discuss the gender pay and promotion gap

A new Financial Times series, “Management’s missing women”, explores what works and what does not as companies attempt to diversify their leadership. Below its first feature, which analysed the lack of women in management roles in finance, comments streamed in from readers working in the industry.

Tell us about your company’s efforts to improve diversity in the comments below, or privately at ft.com/corporate-diversity.

The effects of children

I am still struggling to understand why a few months off over a lifetime career makes a difference to any organisation with a long-term view. I have two young kids and think I am better at my job now than ever. I am a better people manager, way more efficient and far more confident having realised that my maternity leaves have not rendered me stupid.

My employer has a terrible track record for promoting women, but the ‘fathers for daughters’ phenomena is having an effect in male-dominated organisations. The 40-50 year old Dads of today want to see their bright young girls enjoying what is a demanding but often hugely stimulating career in banking.

I work in equity research and there are basically two levels: junior associate and senior analyst. Women mostly have children when they reach the senior analyst level and can be a bit more flexible about setting hours. I would like to start a family, but I just don’t think it’s feasible or good for kids if I’m doing a 7-9, six-day-a-week job. I don’t want to leave the job because I love it, but I also don’t want to put off having kids until I’m in my 40s.

I wish people would stop bringing up parental leave. As a woman who has worked in the industry for 20+ years and has no kids, trust me: it doesn’t make that much of a difference. There are 33 male MDs on my floor compared with 3 female MDs. None of the 3 female MDs were promoted internally. It goes back to the same stereotypes: the women are expected to be perfect, but the men are allowed to act like 5 year-olds. Then senior management use that same argument to deny women a promotion, as we’re not viewed as being alpha enough.

After almost 25 years of working in the financial services industry, I can synthesise [this] all into one paragraph. It was delivered to me by an MD at a major bank as he communicated my bonus in 2012:

“At some stage as a wife, mother and employee you may have to wake up to the fact that it may no longer make financial sense to keep working.”

In my field, I am generally considered to be one of the best in class. But I’m a woman. Over 40. And he said it because he knew he would get away with it.

Thoughts from women at the top

I’m head of a finance department in a HQ in Switzerland. I’ve been slogging it out for 23 years. I have progressed up the chain despite hurdles: I’ve been sexually harassed in every job, had my ideas “taken” by others, been made to feel awkward at in-house networking events, etc. What I learnt, [which] took me a very long time:

–Don’t be shy about equalising your salary when changing jobs. Tell them what you’d be earning if you were a man, but leave out the comment about the man.

–If you were good at your job in the beginning of your career, don’t think that taking maternity leave will impact you. If you were good, you always will be, even with a break.

–To get a promotion, people have to like you. Work expertise isn’t enough. So if you’re the woman complaining about 50/50 representation, you won’t get it.

Chin up ladies, if we don’t slog it out, our daughters have to.

I’m a man working at a big bank who now works four days a week to help with childcare. Everyone has been encouraging. My (male) boss and HR were both supportive. While men are more reluctant to risk career progress, there is also a lot of ignorance about the potential to work more flexibly. People assume they can’t and are too scared to make serious inquiries.

I may have missed out on valuable water cooler chats I’ll never know about. But frankly, I don’t care. I’ve sacrificed 20% of gross pay for an extra 50% of independent life in a given week. More time for my kids, more for myself. A no-brainer. 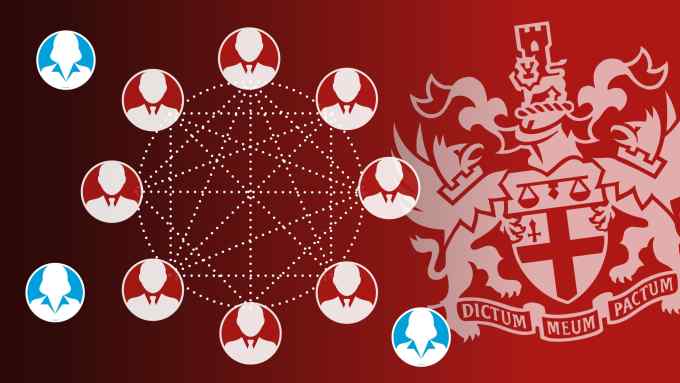 Gender equality has become a highly publicised corporate goal, but exclusive FT data show how slow progress has been. Interviews with executives charged with creating diversity and women trying to break the glass ceiling illustrate the challenges