On Tuesday afternoon in the centre of Mayfair, beneath the rain-soaked canvas roof of the Pavilion of Art and Design, there was no consensus about Brexit and the delicate business of dealing in high design. Among the many gallerists I spoke to on the opening day of PAD’s London fair, a French import now in its 13th year, opinions ranged from very positive to very negative, though about one thing all agree. It has — so far — been a great year for sales.

At Southern Guild, the South African gallery showing here for the first time, multiple pieces by the ceramicists Andile Dyalvane and Zizipho Poswa have flown off the stand, along with a £57,000 red and white leather bull/seat by Porky Hefer. “It’s been amazing,” said owner Trevyn McGowan. “Maybe it’s because we’re trading in pounds?”

Things were moving along nicely at Fumi, too, the London gallery with a permanent space nearby in Mayfair. A stunning lacquered table by Max Lamb was snapped up at £52,000. However co-founder Sam Pratt was in a rather more sober frame of mind. “Sales are fine, but it feels like the mood has changed,” he said. “We’re having to rethink now. We’ve always traded in sterling in London, but we might have to move to euros and dollars. We recently had a client pay in dollars and we lost quite a lot on the sale. We could wait and watch the pound go up, but we’re not in the business of currency speculation.”

How about bitcoin? “I’d spend all my time on a computer screen,” said Pratt, who worked in banking before setting up the gallery with Valerio Capo 11 years ago. “And that’s time when I should be looking at artists’ work.”

When people buy a cabinet here, they’re going to put their underwear in its drawers

Few collectors here invest in furniture to make money (though certain objets hit the mark). This makes it unlike the art market, where investment rules many sales and bitcoin is more of a thing. (I’ve been to two sessions on bitcoin and the art market in six months, and both played to packed rooms.)

“This is a drop-in fair,” said Andrew Duncanson, the Scottish director of Stockholm’s early 20th-century specialist Modernity. Behind him was a 1930s mirror with a moulded glass frame by Ulla Skogh, which glistened exquisitely. (Sold: £23,000.) “We tend to sell smaller pieces here that are destined for people’s homes, and mostly in London. They’re buying things to live with.”

Patrick Perrin, the fair’s co-founder, reiterated the point. “When people buy a cabinet here, they’re going to put their underwear in its drawers,” he said.

Duncanson didn’t think Brexit was having any noticeable effect, but then he had the tricky business of the Swedish krona to deal with. “It’s taking a beating right now because it’s not connected to the euro, unlike the Danish krone. Ours floats around. But that means we are selling a lot more for export on a day-to-day basis. There’s always an upside!”

And there is. “Now the pound has plummeted, our US sales have rocketed,” said Guy Tobin, head of product at Rose Uniacke (Uniacke herself was busy showing Hugh Grant round the fair). “And people at the top level, they do pretty well in a recession,” chipped in his colleague. “I don’t see too many of the squeezed middle round here.”

Indeed, a suite of slightly shabby-chic postwar French garden furniture, with no named designer, sold soon after the fair opened, though the rare Poul Henningsen artichoke lights, with their unusual yellow and orange painted “leaves”, were hanging on. Perrin agreed later that the “five boroughs”, as he calls London’s central districts, would be little affected by a Brexit of any kind, though he thought a hard one might make London an even better tax haven.

Still, not everyone agreed. Hugo Portuondo, at his eponymous gallery which has spaces in London and Madrid, was happy to have three (very clean) Alexander Calder tapestries up for grabs — “I’ve always wanted to get hold of one” — but said he was feeling the pressure. “I’m worried about the tax implications of sending things to Europe and equally the cost and complexity of bringing things here when we buy from abroad. It’s too early to tell what will happen, but one thing I do know is that some of my collectors have already taken a lot out of their London houses, and shipped pieces to Europe, in case they want to sell things, or just move them around.”

Still, as he stood by a one-off 1950s sofa by Gianfranco Frattini, a Calder dazzling behind, it was fairly hard to share his pain. 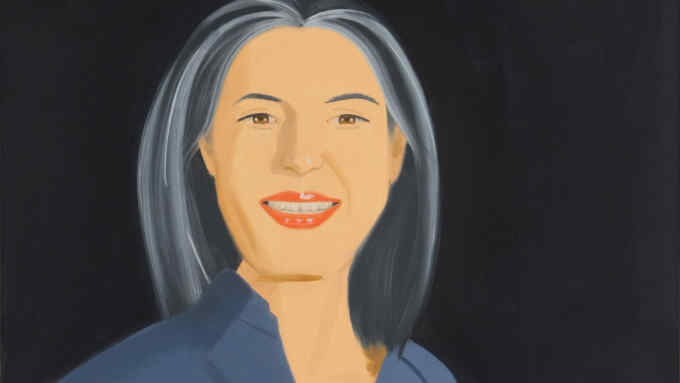