Derek Blasberg: ‘If it isn’t moving, monogram it’

“If you were to close your eyes and imagine what a Christmas in the Midwest might look like, you’d probably have a pretty good picture of Christmas in the Blasberg household.” So says Derek Blasberg of his annual holiday traditions which mean, without fail, returning home to St Louis, Missouri.

“We’re not a huge family, there are about six of us for Christmas,” says Blasberg, the social connector and former magazine editor whose latest role at YouTube is all about building relationships between brands, fashion professionals and publications to enhance their online presence. A charismatic presence on the front row and at A-list events, Blasberg is the plus-one ne plus ultra, squiring young aristocrats, supermodels and aspiring influencers toward social nirvana.

“I’m in London for a wedding,” he announces blithely while trying to fix a time for this interview. The wedding in question is Princess Eugenie’s, to which Blasberg is escorting a delectation of Delevingnes. An average day might find him serving up sandwiches with Gwyneth Paltrow, partying with Katy Perry or hosting a fundraiser with Kobe Bryant.

His festive holiday habits sound like a blissful disengagement from all that. “It’s so traditional it’s boring,” agrees Blasberg. “In the best way possible.” What’s Christmas in St Louis like? “There’s the tree. Everyone hopes it snows, ‘family’s the most important thing’, and everything is closed.

“It’s interesting,” he adds. “I think the reasons I got out of St Louis as soon as I could, why I was so ready to be where the action was and jump-start my life, are the same exact things I now miss about home. I feel wistful and nostalgic for all the things I wanted to escape.”

Christmas follows a strict routine. “As with many women in the Midwest, my mother is very fond of a holiday sweater, which is worn non-ironically,” he says. “And I will probably wear pyjamas all day — also, non-ironically.

“My mother does all the cooking,” he continues. “She also has a holiday tradition of watching The Holiday that we begrudgingly but lovingly allow her. And I sleep in my teenage bedroom, which hasn’t changed a stitch since the day I left home to go and study in New York.”

Come Christmas, Blasberg will rest his weary head on his childhood pillow, and sleep in the same sheets he had as a boy. Moreover, he will be overlooked in his slumber by a “Gianni Versace tribute montage” that he patchworked on the ceiling as a teenager, along with “a hefty number of 1990s supermodels” who are postered all over the walls.

He loves it. “I appreciate how easy it is for me to slip back,” he says. “Even though I travel around the world, I think deep down I’m a Midwestern boy, who is preppy, American and practical.”

Is there anything more personally revealing than see-thru luggage? It never fails to put a smile on the face of airport security, which is no easy feat

His gift choices are equally preppy and practical. They are also, where possible, personalised. “I’m a big believer in the rule, attributed to Reese Witherspoon, that if it’s not moving, monogram it.”

He thinks it makes things special. Hence the list includes monogrammed eye masks — “I have one zillion of these”; personalised jewellery from Jennifer Meyer, “which is my present for all the young mothers in my life, including my sisters-in-law”; and monogrammed Tiffany’s playing cards. “For years, these were my go-to hostess gift because they’re the perfect blend of polish and naughtiness: ‘Who me? Gamble?’ ”

Blasberg says his obsession with personalisation either says something about “my preppy childhood, or it reflects a deep-seated selfishness and inability to share”.

Whatever it is, he’s not about to change. “Anything with a picture of my dog or my name on it, I’ll take it,” he says. “Several years ago, I went through a phase where I was obsessed with pet portraiture,” he says. “And Cartier was actually able to scan in a painting I did of my dog, Monster, and use it in a line of personalised stationery.”

Another favourite possession is a Louis Vuitton trunk, stencilled with another portrait of the pup. When he moved into his New York apartment last summer, he was gifted several sets of monogrammed drinking glasses: “Because my friends know I love monograms,” he pauses. “And I love drink.”

As a gifter, he describes himself as extravagant. “I definitely spoil my mother,” he says. “More than most kids.” As a result, his mother has had to “self-educate” in branding so that she can appreciate the gesture. “Years ago, if I had offered her a Chanel bag, she wouldn’t have known what it is.” Safe to say, she’s since done her homework and is now quite happy to put in a request.

Not everything has Blasberg’s name on it. But self-expression is still key. This season, he’s buying clear luggage by Rimowa, part of the brand’s collaboration with Off-White, which leaves very little to the custom officer’s imagination: “Is there anything more personally revealing than see-thru luggage? It never fails to put a smile on the face of airport security people, which is no easy feat.”

And he’s also upping his eco credentials: an Everlane fleece is helping assuage his “horror at the plastic waste in our oceans. Once, I got into an argument with the receptionist at Barry’s Bootcamp because she ran out of paper straws and gave me a plastic one. This jacket, made of recycled water bottles, is a better — and warmer — way to channel that rage.”

He’s also stocking up on personalised cookies, Richard Prince T-shirts from the Gagosian (where he is an executive editor) and the new Pixel phone from Google. A dedicated selfie-taker, invariably surrounded by a coterie of supermodels — and, just occasionally, his partner Nick — he’s excited by the camera, which “has 184 per cent more room in its wide-angle selfie lens. I can’t tell you how much I think that’s going to come in handy.”

Perhaps the most surprising inclusion on his list, though, is a gift set by Dosist, the US-based medical marijuana dispensary. “At first, I was horrified by the idea of giving people drugs as presents — like, is this illegal?” says Blasberg. “But eventually I realised most of my friends need it, and the people I was the most worried about giving it to were the ones who were most thankful to receive it.”

With the decriminalisation of marijuana becoming more widespread in the US, and now fully legal in Canada and Uruguay, the retail outlets selling it are becoming rather chic. “When I grew up one associated marijuana with stoners and hemp necklaces,” he says. “Now the dispensaries look like Apple stores.”

And besides, isn’t Christmas all about the big relax? “Personally I never touch the stuff,” Blasberg drawls dramatically. “But I can give you a long list of people who could do with it.” 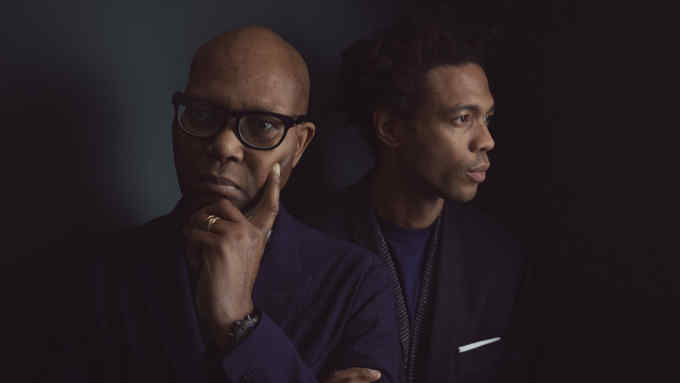