Money is available, but start-ups must find new ways to connect with investors in era of social distancing

When Felix Böck manned a booth at one of his first green tech exhibitions, he feared it would be a waste of time. Nearby displays showcased carbon sequestration or AI-powered climate solutions, while his company ChopValue — which makes furniture, shelving and cheese boards from recycled chopsticks — was promoting sustainable decor.

Yet being present at the event bore fruit. One attendee was fascinated by Mr Böck’s display on a desk made from chopsticks and eventually became an early lead investor in ChopValue.

“I never once passed up any opportunity to go to networking events, trade shows and conferences. That’s how I met most of our future investors,” says Mr Böck, founder and chief executive of the company. He worries that the pandemic has scuppered those opportunities for the next generation of entrepreneurs.

According to data provider PitchBook, first financings for US start-ups as a proportion of total deal activity fell to a 10-year low in the third quarter of 2020. Compared with the same period in 2019, debut fundraising almost halved from $3.9bn to $2.1bn.

On the whole, however, early-stage venture funding rose 12 per cent between the second and third quarters of this year, driven primarily by additional funds from current investors.

At Vancouver-based ChopValue, Mr Böck has locked in bridge funding from the original nine backers that invested in 2017. That most recent round will bring total fundraising from $2.65m to more than $5m by the end of this year.

But while first-time founders face headwinds, the global fundraising markets remain flush with $2.5tn in idle cash. This has coincided with the proliferation of scout programmes by at least 100 venture capital firms (VCs) to dish out small cheques ($25,000 — $50,000) to early-stage companies. 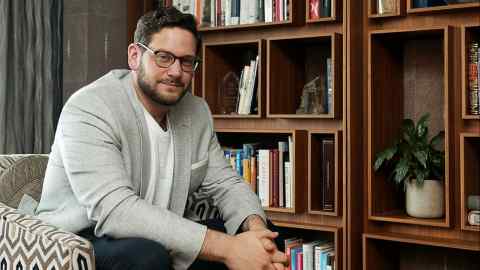 Consequently, the main challenge for new start-ups is how to connect with investors in an era of social distancing, rather than the availability of funds. In March, as lockdowns were introduced across the US, investors refocused their efforts on setting up shop remotely and ensuring their portfolio companies were well-capitalised.

Whereas a 12-18 month supply of cash after an investment would normally suffice, the pandemic means that companies should aim for 18-24 months, says Jarrid Tingle at Harlem Capital, a VC group that backs diverse founders.

“We’ve definitely been focused more on founders who have a nose for the money,” says Mr Tingle. “It’s not only about having a big vision . . . companies need to demonstrate they can grow in a capital efficient fashion.”

The pandemic has meant venture firms have learnt to “invest remotely” using videoconferencing, which has enabled investors to take on more meetings and reinvigorated the market, particularly for SaaS (software-as-a-service) companies.

A study by Omers Ventures, the venture investment arm of Canada’s largest pension fund, found that 40 per cent of VCs have completed a deal via videoconferencing during the pandemic.

“I’ve been very impressed with how quickly investors have adjusted,” says Michael Seibel, chief executive at start-up accelerator programme Y Combinator, who recalls the tough time founders had fundraising after the 2007-08 financial crisis. “Unlike then, investors have kept their cheque books open.”

Using virtual platforms has also sidestepped the barrier of geography, allowing founders to court investors in Silicon Valley or London without the need to take a flight.

In theory, this shift could be “of benefit to diverse entrepreneurs”, says Oussama Ammar, co-founder of The Family, a start-up accelerator based in Paris. Videoconferencing gives everyone more of an equal chance by limiting the social aspect of the founder-investor relationship, which is conditioned by class and race, he argues.

Yet videoconferencing is not without pitfalls, with the medium requiring a different set of skills than pitching in person, says Mr Seibel. For instance, founders are better able to command an investor’s undivided attention and read social cues when they are in the same room. Mr Tingle says people are less engaged by slide decks over video calls, and he urges founders to strike a conversational tone with investors.

It’s a bit like in a relationship. If you’ve not found the partner of your dreams, then maybe it’s better to wait

In Europe, the move to online meetings has led to more favourable deals for entrepreneurs. Founders have long criticised the continent’s fundraising environment, which is dominated by conservative investors from finance backgrounds.

“[That environment] is fuelled by investors putting in very little money to start off with, but getting ridiculous degrees of control over the company through liquidation preferences,” says Tycho Onnasch, chief operating officer at Deedmob, a Dutch online volunteering platform that has raised €620,000 since it was founded in 2017.

By moving online, founders can pitch more widely and compare the term sheets offered by investors across Europe, says Mr Ammar. Previously, entrepreneurs were more inclined to take bad terms simply because they were offered first, but now competition among investors has given some start-ups the power to negotiate.

“It’s a bit like in a relationship,” says Mr Ammar. “If you’ve not found the partner of your dreams, then maybe it’s better to wait because if you jump too soon, you will not be ready for when the right one comes along.”

READ MOREMoral Money: Next Generation
Does a sustainability leader add value at board level? 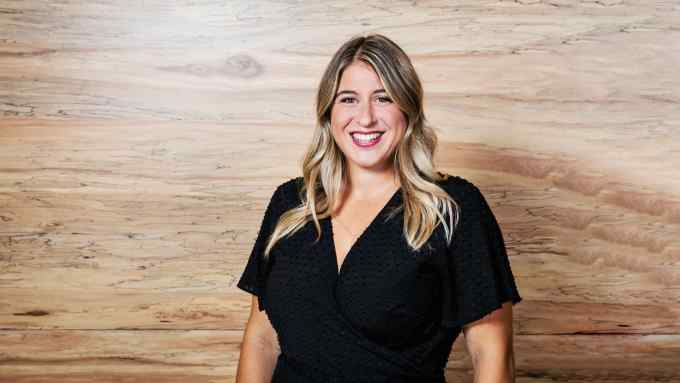