Ten fintech start-ups that are causing a stir in insurance

Links between traditional insurers and new players are critical for both

For a long time, the fintech start-up scene took little interest in the seemingly sleepy world of insurance. Payments, foreign exchange and peer-to-peer lending grabbed the headlines, plus the funding.

But over the past couple of years, all that has changed. Insurtech — or instech — is now attracting entrepreneurs and the investors that back them. “Quite a few entrepreneurs who have been in other areas of fintech have moved over to insurance,” says Matthew Wong of research company CB Insights.

Funding for insurance technology companies rose from $740m in 2014 to $2.7bn a year later, according to CB Insights. This year has also been busy. “Deal pace is higher than it was last year,” says Mr Wong. “There’s a lot more enthusiasm, especially at the early stage.”

The start-ups are targeting all parts of insurance. Many are focusing on distribution, using new technology to reach consumers that traditional insurers miss. Others are looking at analytics, helping insurers to use data to make better underwriting decisions. Blockchain — the technology that underpins bitcoin — is increasingly popular, while health insurance has been a big area of start-up activity in the US. Nor have start-ups ignored the potential of the “internet of things” — the growing use of data-collecting devices in everyday items, from cars using telematics systems to connected homes.

Fintech
Investors view insurance as staid and ripe for disruption 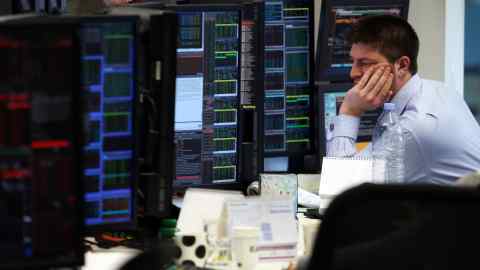 Few start-ups have become full, risk-bearing insurers. Analysts say that the capital requirements, regulatory burden and complexity required, combined with the desire of investors for short-term returns, means that very few of them underwrite their own policies. The result is that for most start-ups, partnerships with existing insurers are critical. Without them, many would struggle to make the business model work.

Insurers tend to be willing partners, seeing start-ups as a way to win business in normally out-of-reach markets. But Nigel Walsh, partner at Deloitte, warns of drawbacks. “The risk is that the insurers will have no interaction with their clients,” he says. “They’ll just be product manufacturing.”

Founded: 2014
Founders: Freddy Macnamara and James Billingham
Shareholders: Angel syndicate
Funding: £500,000
Based: UK
Activity: Cuvva takes a fresh approach to car insurance. While most insurers cover customers’ vehicles for a full year, Cuvva breaks it down into smaller chunks. Its first product allows policyholders to insure themselves on a friend’s vehicle for as short a period as an hour via an app. Its second, to be launched this autumn, will allow drivers to buy an hour of coverage for their own vehicles, which is designed to suit people who do not drive frequently. While Cuvva is still at an early stage of development, some analysts say that insurers will increasingly have to follow its model of offering more flexible products than their current range of fixed, year-long contracts. Cuvva uses data provided by the UK’s Driver and Vehicle Licensing Authority to help verify policy requests, a process that it says takes about 10 seconds.

Founded: 2014
Founders: Arvind Parthasarathi and George Ng
Shareholders: New Enterprise Associates, IVP and Dowling Capital Partners
Funding: $40m
Based: US
Activity: Demand for cyber insurance has been growing rapidly over the past few years, with high-profile attacks on companies such as Target in the US and TalkTalk in the UK persuading companies that they need cover. For insurers, cyber offers plenty of potential growth but also lots of uncertainty. How likely is it that any given client will be hacked — and, if they are, how much damage could there be? San Francisco-based Cyence is developing a system that can model these risks in financial and economic terms. It has already won its first customers, including Brit Insurance, AM Best and Marsh. In September it raised $40m from investors in one of the largest insurtech fundraisings of the year.

Activity: Lemonade has been the subject of speculation. It first billed itself as a peer-to-peer insurer, but was coy about exactly what that meant or its business model. It has since raised money, signed partnerships with the likes of Berkshire Hathaway, Lloyd’s and XL Catlin, and recruited high-profile executives. It even hired behavioural economist Dan Ariely, author of bestseller Predictably Irrational, as chief behavioural officer. In September the company, which unlike many other insurtech start-ups is licensed as an insurer, revealed it will sell home insurance in New York. It will group its customers together and, at the end of each year, any premiums that have not been paid as claims will be given to a charity of the group’s choosing.

Activity: Oscar is one of the older and more developed insurtech start-ups. Focused on health insurance, Oscar uses technology and data to improve the care it offers to its customers. It was created after the introduction of the US Affordable Care Act, known as Obamacare, and its services are available in New York and New Jersey. Among the benefits it offers are phone lines to its doctors and systems that help healthcare professionals manage members’ care. It has some big-name backers, including Fidelity and Google, and a fundraising earlier this year valued the company at almost $3bn. According to Deloitte it has annual revenue of $200m.

Activity: Price comparison sites have been in the UK for many years, regularly assaulting potential customers with TV ads featuring meerkats, opera singers and other outlandish characters. But the US market has been slower to take off. Analysts blame a reliance on brokers for distribution, state-by-state regulation and wariness from customers and insurers. PolicyGenius is hoping to help change that, arguing that more and more Americans would rather organise their insurance online than via an agent. It offers a range of products including life, health and pet policies. With backers such as big insurers Axa, Transamerica and MassMutual, it could make a dent in the market.

Activity: Blockchain is one of the buzzwords of the fintech world, and this is no different among insurers. The technology allows transactions to be recorded securely in multiple locations. How exactly it can be used in insurance is the subject of much discussion within the industry. Safeshare is one of the few companies to have launched a blockchain-based product. It describes its market as “insurance for the sharing economy”, and its first product illustrates what it is trying to do. In March it announced it had teamed up with Vrumi — a website that allows people to rent out their spare rooms for use as offices — to launch property insurance. The policies are underwritten at Lloyd’s and the use of blockchain should, in theory, allow the parties involved in the policy to be linked securely and cheaply.

Activity: One of the big hopes for insurtech is that it will break insurance down from the catch-all policies insurers have traditionally offered into more specific coverage for individual needs. Simplesurance is one of the companies aiming to do that by allowing people to buy insurance for products at the point of sale. Although smartphones, laptops and tablets dominate, it can be used for a much wider range of items. Founder Robin von Hein says the company has almost 2,000 ecommerce providers using its system, and that it launches in a new country every four weeks. Like other start-ups, Simplesurance is not a risk-bearing insurer itself. Instead it acts as a broker, passing on the risk to traditional players such as Allianz and Assurant.

Activity: A relatively new start-up, SPIXII was founded by a group of former actuaries and computer scientists, one of whom used to be a consultant for high-frequency trading firms. Like many insurtech start-ups, its target is the way insurers interact with their customers. SPIXII is developing a chatbot — software that allows insurers, brokers and price comparison sites to talk to customers via programs such as Facebook Messenger and Skype. It is still early days, but SPIXII’s founders say that within four months of launching it had a pipeline of more than 60 companies that were interested in its technology. It has also caught the attention of Germany’s Allianz, which has put SPIXII into a five-month accelerator programme at one of its bases in France.

Activity: Synerscope is one of a clutch of companies focused on helping insurers make better use of their data. Its chief technology officer, Jorik Blaas, has a background in MRI scanning and equipment used to look beneath layers of paint on old masters’ artwork. The company aims to take the growing volumes of data that insurers collect — such as data produced by in-car cameras and drones — and turn them into something insurers can use. It has had some success in its home market, with insurers including Delta Lloyd and Achmea using its systems. Achmea used Synerscope to find out which road junctions had more accidents than others. That information can be used not only to reduce claims but also to prevent accidents.

Activity: Trov is another company aiming to break insurance down into easily digestible chunks. It sells item-by-item insurance policies for personal possessions, for whatever duration customers choose, via an app. Trov also hopes to improve the claims experience, using a chat service to automate the process. Despite being based in the US, its first market was Australia, where the service has been most popular with 18- to 34-year-olds. Like other start-ups, Trov does not do underwriting itself, preferring to partner with established companies. In Australia, where it launched in May, Suncorp is the underwriter. In the UK Trov’s imminent launch will be Axa, while in the US — where it plans to launch next year — Munich Re will provide the underwriting, it announced in September.