Philippine food giant seeks a slice of the meat-free market

Century Pacific Food has added a vegan range to its fish, meat and milk portfolio

The Philippines is a nation of carnivores. It counts among its national dishes lechon — roasted suckling pig — and sisig, which is made from chopped pig parts and chicken liver.

By paying heed to consumer tastes in its native country of 110m people, the Manila-listed family company sustained double-digit growth through the sharp economic slowdown caused by the pandemic.

“It checks all the boxes: we want to be healthier, more sustainable, and more affordable,” says Christopher Po, Century Pacific’s executive chair, of his company’s decision to launch a meat-free range. 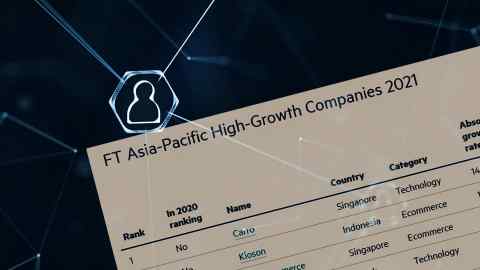 The company, which is 445th in the latest FT ranking of high-growth companies in the Apac region, had a 2016-19 growth rate of 51 per cent. It even kept growing in 2020, increasing revenues by 19 per cent to around $900m as the Philippines endured one of Asia’s strictest coronavirus lockdowns and its economy shrank by 9.5 per cent.

The company’s strong performance was driven by robust demand for its tuna, sardines, canned meat, powdered milk and other goods, as housebound consumers stocked up on staples. “We had an unusual 2020,” says Po. “This speaks to the essential nature of our portfolio.”

Well before Covid-19, Century Pacific had been benefiting from rising incomes in its home market, where GDP growth averaged 6 per cent in pre-pandemic years. Filipinos of modest means had been using some of the extra money in their pockets to trade up to new foods.

However, there are near-term risks to the company’s consumption-led growth model — including the Philippine government’s floundering public health response to Covid-19, which has hammered the economy.

Of all Apac countries, the Philippines has been the second-hardest-hit by the pandemic after Indonesia, suffering one of the biggest drops in GDP in the region. It is not due to return to pre-Covid output levels until the second half of 2022, according to the World Bank.

The company, founded in 1978 by family patriarch Ricardo S Po, has three main business lines, which it calls the “three M’s”: marine (fish), meat and milk. “Our mission, to sum it up in two words, is ‘affordable nutrition’,” says Po. “That’s what fires up management: the fact that we can deliver protein and nutrition to the base-of-the-pyramid market.”

In fish, Century Pacific started with its 555 brand of canned sardines in 1983, then in 1986 moved into tuna, a less-eaten fish at the time, with Century, its flagship brand. In the Philippines, tuna is a main dish eaten with rice. Century now claims an 80 per cent share of the local tuna market.

In the mid-1990s, it introduced corned beef and luncheon meat, with a focus on affordability. In just two years, it had gained the number-one spot with its Argentina brand.

Milk is its most recent product line. In 2015, it began selling powdered milk; it is now second only behind Nestlé. “Marine and meat are the categories where we are market leaders,” says Giovanna Vera, the company’s head of investor relations. “In milk, we are a challenger, albeit a formidable one.”

In 2016, Century Pacific added coconut products, including its Coco Mama coconut cream brand. The new product line capitalises on the Philippines’ status as one of the world’s largest coconut producers and the trend towards healthier eating that also prompted the company to launch unMEAT.

The group is also focusing on sustainability by installing solar panels, cutting the amount of water it uses in its tuna plant by 30 per cent, and pledging to be carbon neutral in its coconut production by 2028.

Since 2020 it has been “plastic neutral”, offsetting all the plastic it uses largely by buying credits from the Plastic Credit Exchange, a platform inspired by the carbon offset ­industry. 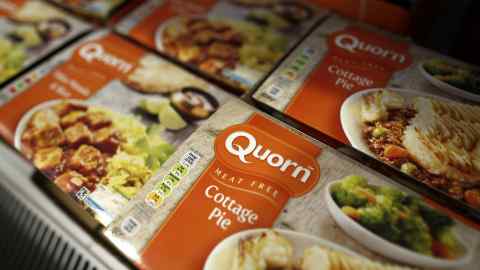 When Century Pacific first listed its shares in 2014, Po promised to keep the company growing at 10-15 per cent a year, which it has managed to do. While most of the growth has been organic, the company has made acquisitions, too.

“We have a history of [seizing] opportunities where we have some right to acquire — and potentially consolidate — in categories where we are present and competitors are open to selling,” explains Po. “We have done that in the past, and will continue to do that in our pursuit of growth.”